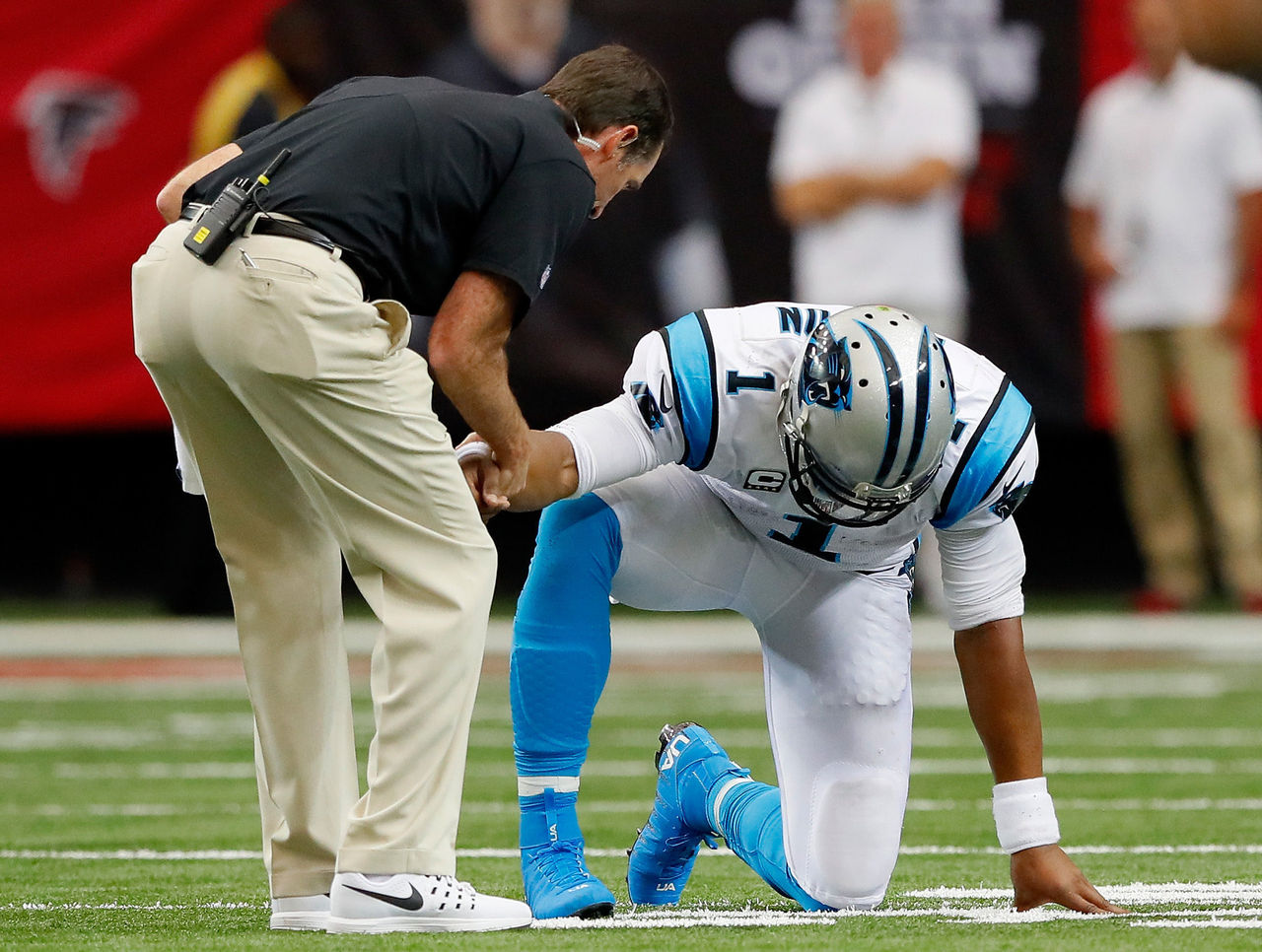 The Panthers’ clash on Monday night against the Tampa Bay Buccaneers isn’t a must-win game for Carolina, but it’s as close to one as you can get at this point of the season.

Sitting at 1-3, the Panthers desperately need a victory to get their season back on track. But they’ll now have to do so without star quarterback Cam Newton, who’ll miss the game with a concussion.

While the loss of the reigning NFL MVP is huge, considering the amount of the offensive workload the Panthers have him carry, it’s not insurmountable.

Derek Anderson last started a game in 2014, when he was pressed into action against the Bucs in two separate games, coincidentally. He led the Panthers to victories in both, and while his pair of interceptions last week are worrisome, he showed enough poise and quick decision making for Carolina to trust him.

But, obviously, Anderson will need a lot of help from the rest of the Panthers’ roster – which has mostly underwhelmed this season – to pull out the win.

The Panthers would normally like to switch to a run-first attack with a backup quarterback under center, but with running back Jonathan Stewart still sidelined, their best bet is to trust Anderson to get the ball into the hands of his receiving playmakers.

Tight end Greg Olsen, wide receiver Kelvin Benjamin, and running back Fozzy Whittaker should dominate the touches. The Bucs are slightly more vulnerable to the pass than the run, and with their defensive line decimated by injuries, Anderson should have the time he needs.

Olsen, especially, should see a ton of action, as Anderson will look to make quick reads and utilize the middle of the field and the short passing game.

But the Panthers still have to stop Jameis Winston and the potentially explosive Bucs offense.

Tampa Bay’s injury concerns aren’t confined to the defensive side of the ball. Running backs Charles Sims and Doug Martin are likely to miss the contest, meaning the Bucs will likely heavily rely on Winston and the passing game to attack a secondary that just gave up 300 receiving yards to Julio Jones.

Carolina cut starting cornerback Bene Benwikere on Friday, likely hoping it would kickstart the unit. The Panthers need the move to have the desired effect, as the defense has not looked like the one that helped get the Panthers to the Super Bowl last season

But despite the defense’s regression, it still has the talent to keep this game close and get the turnovers necessary to help shorten the field for Anderson.

And therein lies the key to this game: turnovers. Winston has been an interception machine this season, throwing eight picks through four games. The Panthers have been solid at forcing turnovers, with five interceptions and two fumble recoveries on the year.

They’ll win that battle Monday, putting together their most complete defensive performance of the season so far.

When Newton makes his likely return in Week 6, his team should have their second win of the season in the books.