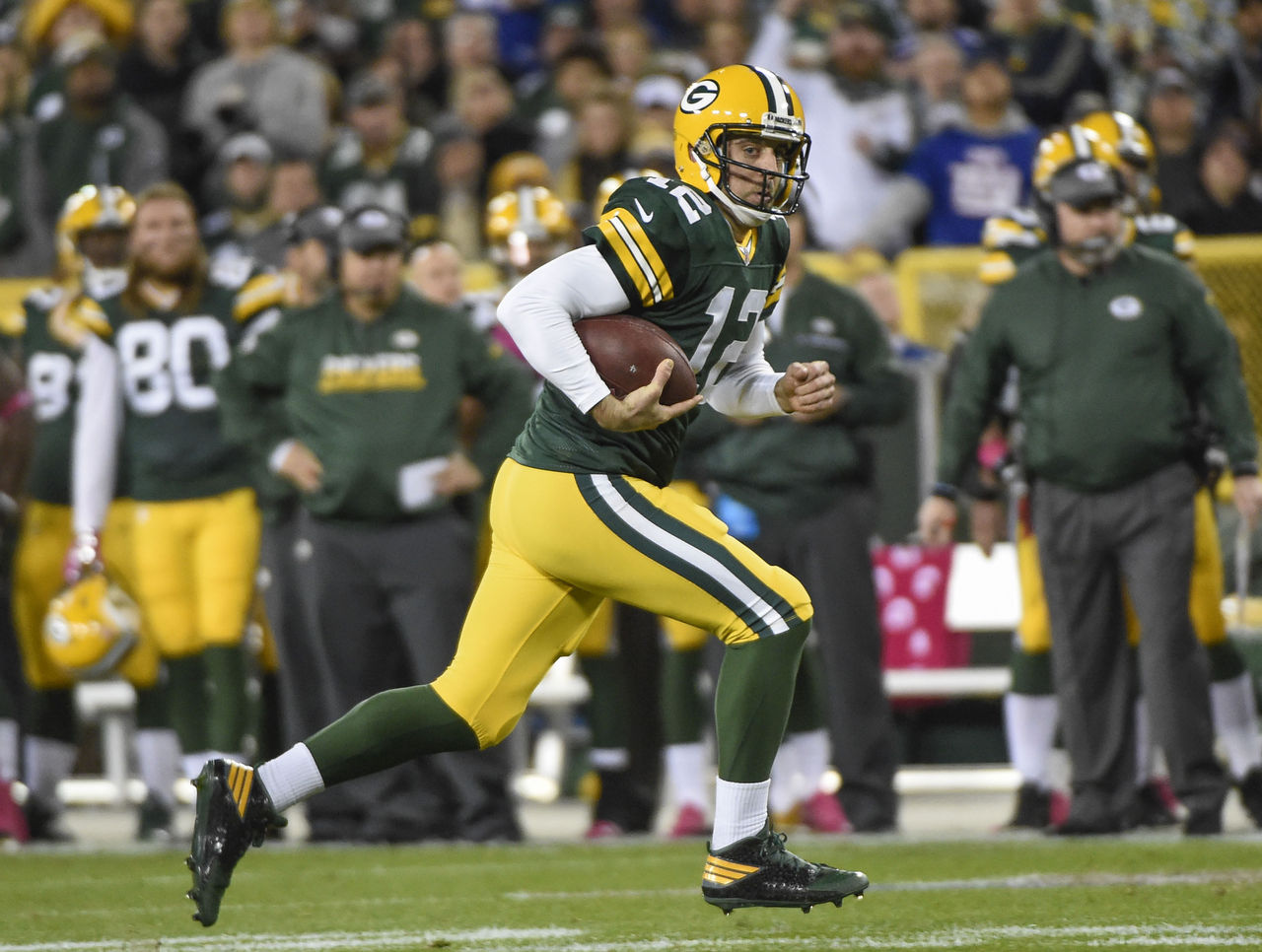 Rodgers was 23 of 45 for 259 yards and also threw two interceptions. Jordy Nelson and Davante Adams each had highlight-reel touchdown catches to help the Packers (3-1) build an 11-point halftime lead.

But the offense was mired by uncharacteristic drops, and couple of big plays were called back by penalties. Mason Crosby kicked three field goals, including two in the fourth quarter.

”Defense, particularly our young guys in the secondary, did a heck of a job,” Packers coach Mike McCarthy said. ”Run defense was there, pass rush was there. We were able to play good red zone defense.”

The Giants (2-3) looked out of sorts until a hurry-up drive that ended with Beckham’s 8-yard touchdown catch with 2:54 left.

Beckahm’s first touchdown catch of the season stood on replay review after the receiver jumped high in the air for Manning’s pass and was ruled inbounds after straddling the back line of the end zone.

Beckham raised his both arms in the air in celebration after watching the replay on the Lambeau Field video board. He finished with five catches for 56 yards.

Perhaps more importantly for the Giants, Beckham didn’t throw an attention-grabbing tantrum like the meltdowns he had the previous two weeks against Minnesota and Washington.

Randall Cobb was the Packers’ most consistent receiver with nine catches for 108 yards. With the Giants missing starting safety Nat Berhe because of an injury, Cobb excelled in his specialty of working the middle of the field and turning short passes into long gains.

Cobb appeared to be OK on the sideline after taking a hit to the back of his head or neck on a 13-yard catch on third-and-10 with about 2 minutes left.

The Packers’ 16-play, 75-yard drive to open the game took up the first 8:42 of the game, the team’s longest scoring drive by time on the season that ended with a touchdown . Coach Mike McCarthy threw different wrinkles at the Giants by using different personnel combinations on the opening drive, instead of sticking with the usual three-wide receiver combination of Nelson, Randall Cobb and Adams, with Eddie Lacy in the backfield.

Two rookies teamed up for a turnover late in the first half for the Packers that set up a field goal. Linebacker Kyler Fackrell, a third-round draft pick, forced a fumble after sacking Eli Manning on second-and-10 from the Giants 39. Defensive tackle Kenny Clark, the Packers’ first-round pick this year recovered the fumble at the 31 with 1:15 left. Crosby kicked a 44-yard field goal with 3 seconds left to give Green Bay a 17-6 lead.

Giants cornerback Janoris Jenkins had two interceptions in the first half, one coming on third-and-6 at the Giants 21 after a pass deflected off Nelson’s hands . It was Jenkins’ first two-interception game since his rookie season with St. Louis, when he had two against Arizona on Nov. 25, 2012.