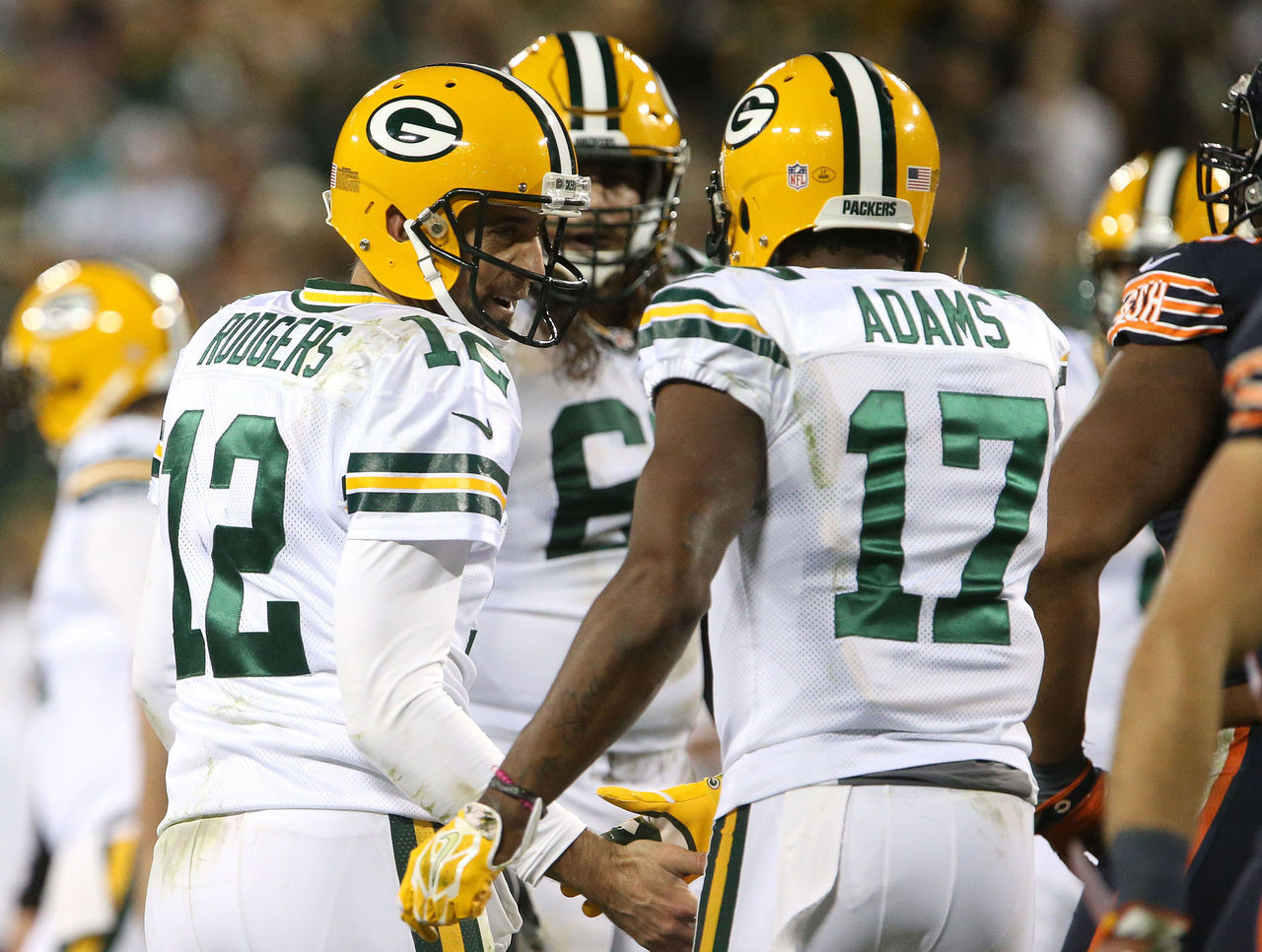 Rodgers was 39 of 56, setting a franchise record for completions in a game. It was the Packers’ first contest without injured running back Eddie Lacy .

The Packers (4-2) moved effectively on short gains most of the night, but couldn’t break into the end zone until Adams caught the first of his two touchdown receptions with 9:11 left in the third quarter for a 13-10 lead.

Rodgers and Adams combined again for a 4-yard score on the first play of fourth quarter for a 10-point lead.

It was effectively over from there for the Bears (1-6), who lost quarterback Brian Hoyer to a broken left arm in the second quarter.

With Jay Cutler already out with a right thumb injury, Chicago turned to third-stringer Matt Barkley.

An offense that was already 31st in the league in scoring got worse. Barkley was 6 of 15 for 81 yards and two interceptions.

Coach John Fox tried to lean on the rush against the NFL’s third-best run defense. It didn’t work either.

Kadeem Carey had 48 yards on 10 carries, including a 24-yarder. Receiver Alshon Jeffery was held to three catches for 33 yards against a Packers secondary without its top three cornerbacks because of injuries.

It got so bad for the Bears that Rodgers had more completions (37) than the Bears had offensive plays (36) by 5:31 of the fourth quarter.

That 37th completion for Rodgers was 2-yard touchdown pass to Randall Cobb for a 16-point lead.

Adams, Montgomery and Cobb each finished with at least 10 receptions.