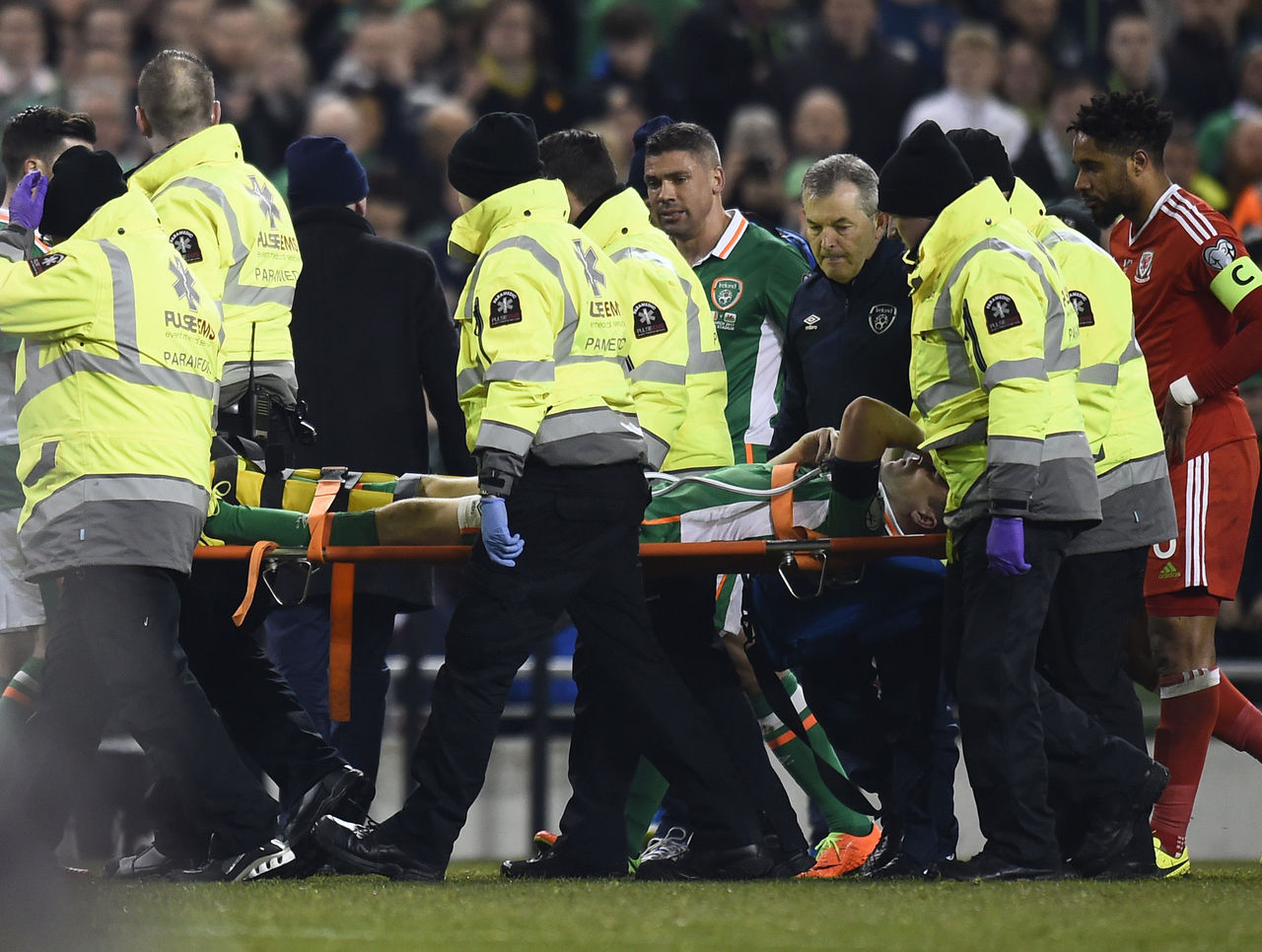 Ireland manager Martin O’Neill revealed that Seamus Coleman’s surgery on the fractured tibia and fibula bones in his right leg has been a success, but has warned that “it will take some time to heal.”

The Everton right-back suffered the serious double break when he was the victim of a reckless challenge from Wales’ Neil Taylor in Friday’s ill-tempered British Isles derby in Dublin. The World Cup qualifier ended 0-0, but post-match attention was unsurprisingly on the severity of the tackle and just how badly Coleman was hurt.

O’Neill originally confirmed Coleman had gone into the operating theatre in a press release on Saturday.

“He had the operation yesterday (Saturday) morning at 8:30 a.m., that was successful. He has realised everything that has happened and is obviously very disappointed,” O’Neill told PA Sport.

“It will take some time to heal, it’s a double break but it has been pinned up now and screwed in. I know the doctors and surgeons are all very, very pleased with the way the operation has gone and now it’s time for recuperation.”

O’Neill is familiar with the disappointment of spells in the treatment room from his playing days. Injury meant he wasn’t in the matchday squad for Nottingham Forest’s first European Cup triumph in 1979, and a comeback hampered by fitness issues saw him left him out of consideration for his native Northern Ireland’s World Cup campaign in 1986.

But while O’Neill was certainly in the twilight years of his playing career during the latter problem, Coleman, 28, was arguably at the peak of his powers for the Toffees and Ireland before Taylor’s tackle.

Ireland welcomes Iceland to the Aviva Stadium on Tuesday, with Coleman’s right-back slot likely to be taken by Derby County’s Cyrus Christie. At club level, waiting in reserve is the gifted Mason Holgate, who stepped up when Coleman was struggling with an ankle problem earlier in the season.