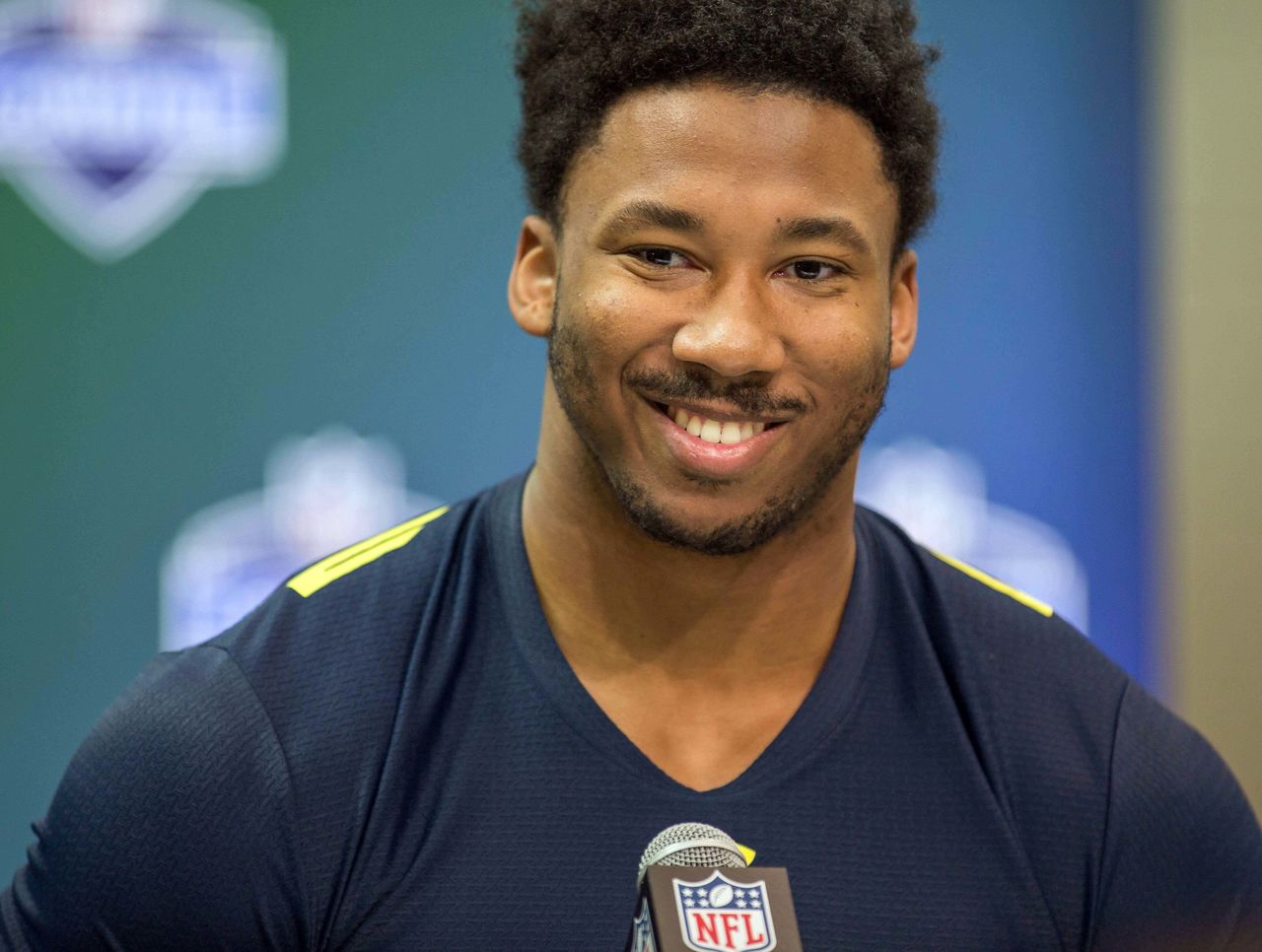 Throughout the combine, theScore brings you all the results, reaction, and breaking stories as they happen.

Myles Garrett has been talked up by many as the best player in the 2017 draft – including himself. The Texas A&M edge rusher told reporters Saturday that his expectations for himself are just as high as anyone else’s, and he’ll hit the field for drills to show off his abilities Sunday.

Read: Potential No. 1 pick Garrett: ‘I’m the best player in the draft’

Safety or linebacker: What is a Jabrill Peppers?

While Michigan’s Jabrill Peppers is set to work out with the linebackers on Sunday, he says he sees himself as a safety, but is willing to do whatever coaches ask of him.

Peppers will also participate in on-field drills with the defensive backs Monday.

It’s a good year to be looking for a first-round defensive back – there are a lot of good ones. Cornerbacks and safeties will go through their testing, team interviews, bench press, and media sessions Saturday.

There isn’t much consensus as to who should be the top pick at their respective positions, so players like LSU’s Jamal Adams, Ohio State’s Malik Hooker and Marshon Lattimore, Alabama’s Marlon Humphrey, Florida’s Teez Tabor, and Washington’s Sidney Jones should take advantage of the stage to win teams over.

Can Barnett shake off his virus?

Tennessee’s Derek Barnett is hoping to be the second edge rusher off the board after Garrett, but faces a significant hurdle after it was reported Saturday morning that he is suffering from a virus.

Barnett didn’t take part in Saturday’s bench press or media availability, and has yet to announce if he will be ready for Sunday’s events.