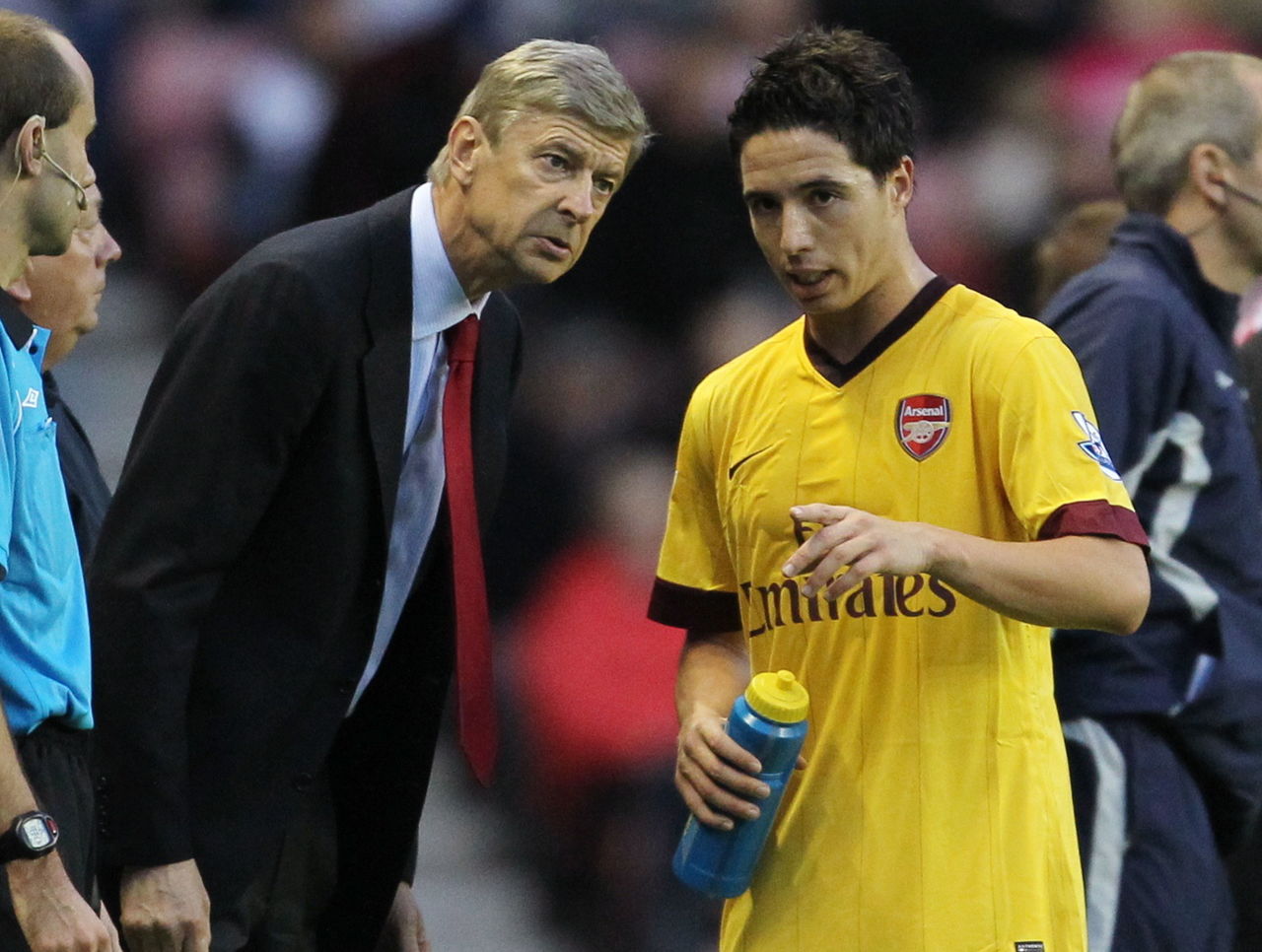 Samir Nasri departed Arsenal under acrimonious circumstances in 2011, but says he has a lot to thank Arsene Wenger for and believes his old manager isn’t the main issue in the club’s recent struggles.

The on-loan Sevilla midfielder worked under his fellow Frenchman for three years before joining Manchester City, and has offered support for his former boss amid criticism over another Gunners campaign that sees their bids for Premier League and continental glory likely to fall short again.

“You cannot criticise a guy like that, it is impossible. Arsenal was a big club but he made it even bigger,” Nasri told Sky Sports’ Matthew Treadwell.

“People need to be fair. It is not because Arsenal don’t have success in the league that it’s his fault, that is the players who are on the pitch, it’s the players who do not get the results.”

It’s off the pitch where Wenger has arguably made the biggest impact in English football. He quickly revolutionised the diets, training, and scouting practices at Arsenal after his hiring in 1996, changing the landscape of the country’s game. His on-pitch success hasn’t been meagre though, with nine domestic cups collected despite the dominance of Manchester United in the ’90s and noughties, and emergence of Chelsea and Manchester City.

Unfortunately for Nasri, none of that silverware was picked up during his north London stay, but he recognises the importance of Wenger’s tutelage to his career.

“It’s hard for me to say something about him because I owe him a lot of things,” Nasri continued. “I came to the Premier League because of him and I have had a good career because of him too.

“He gave me confidence and he made me a better player and I just think all the players who played with him, when they left they became better players.

“I don’t think it’s him, there are a lot of things at Arsenal; the players, the board, that need to be checked out and not just Arsene.”

Nasri featured in Sevilla’s 2-1 win over Leicester City in Wednesday’s Champions League Round of 16 first leg, with the second meeting set to be played at the King Power Stadium on March 14.