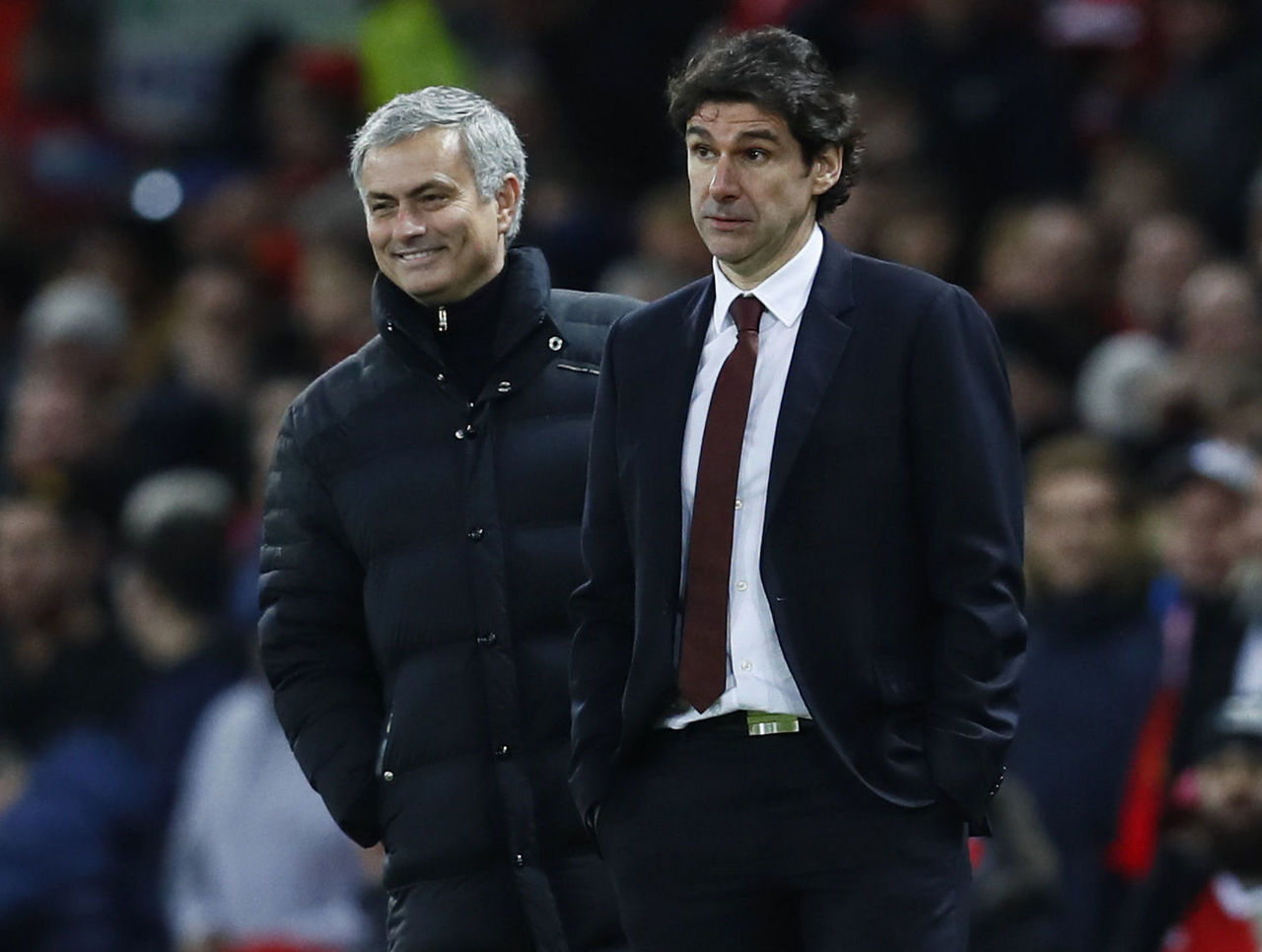 Or so he claims.

The Manchester United manager appeared a tad annoyed when asked about Karanka, who was sacked by Middlesbrough on Thursday after more than three years in charge.

Mourinho also offered a tongue-in-cheek explanation when he attempted to defend Middlesbrough’s decision to sack his former Real Madrid assistant, especially after guiding the club into England’s top flight after years of toiling in the Championship.

“In this case, I know the names,” Mourinho told reporters, according to The Telegraph’s James Ducker.

“I think he (Karanka) deserves to be sacked. In the first year he arrived, the team was going into League One and he saved the team. In the second year, he took the team to Wembley to play the play-off final. In the third year he had direct promotion. I think in the fourth year, he deserved to be sacked.”

Before he was relieved of his duties, Karanka oversaw a Middlesbrough outfit that started brightly in the Premier League before the club’s recent downward spiral that has seen Boro go 10 league matches without a win and drop into relegation territory.

Mourinho was also critical of the manner in which Claudio Ranieri was sacked as Leicester City manager just nine months after leading the Foxes to the Premier League title. Mourinho, who wore a shirt with the Italian’s initials embroidered on it, also claimed that “selfish players” were behind Ranieri’s sacking.