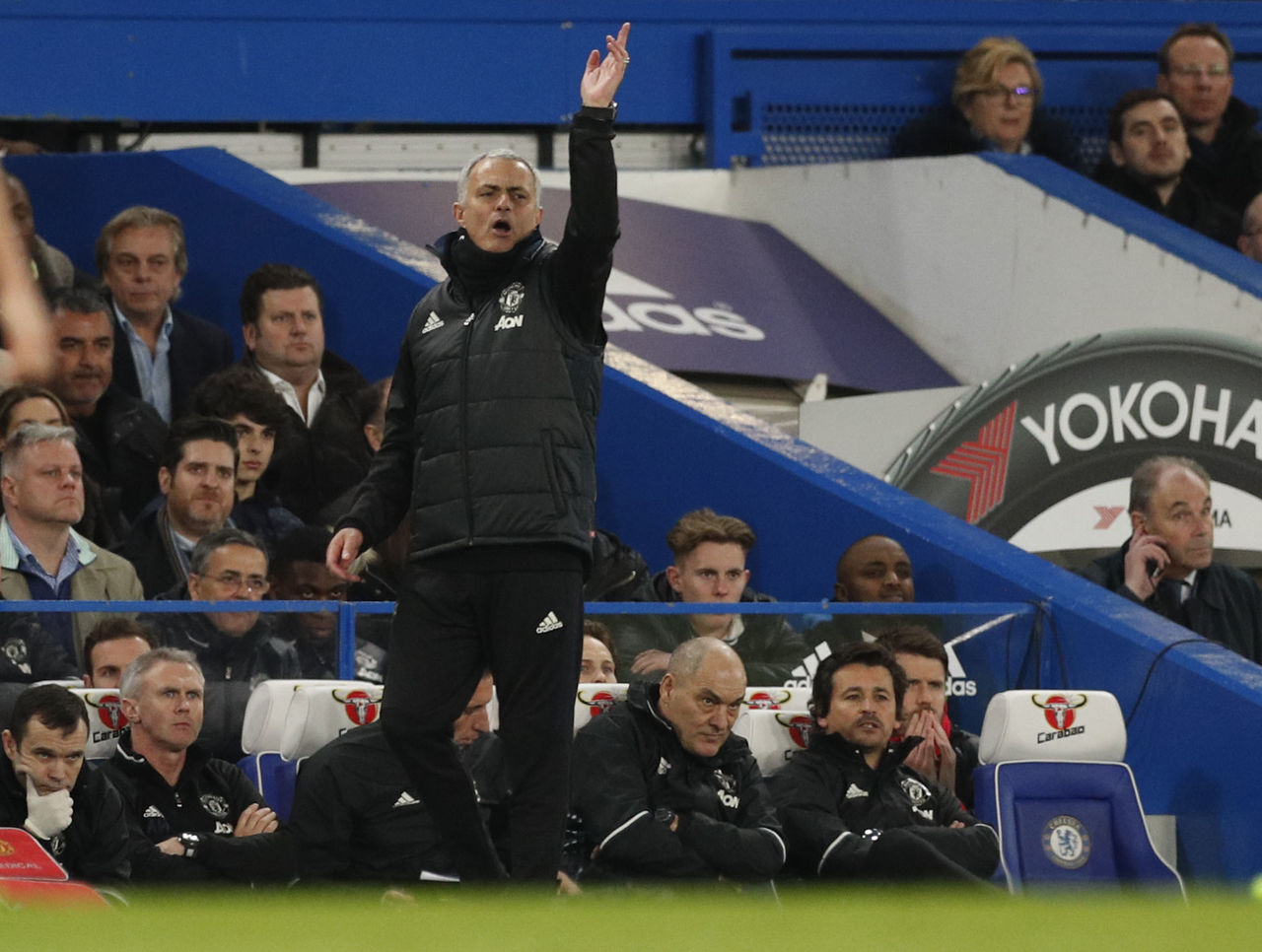 Never one to shy away from a verbal joust, Manchester United manager Jose Mourinho hit back at Chelsea supporters who branded him as “Judas” during the Red Devils’ 1-0 loss at Stamford Bridge on Monday.

Chelsea won the fiery FA Cup quarter-final tilt 1-0 courtesy of a long-range strike from N’Golo Kante, and even with Ander Herrera seeing red on the pitch, the real bitterness was in the stands.

Chelsea fans chanted “fuck off Mourinho” in the opening half of the contest – to which the Portuguese responded by holding up three fingers to signify the trio of Premier League titles he captured in west London over his two spells at the helm of the club.

They also showered him with chants of “Judas,” which Mourinho was asked about following the match.

“They can call me what they want,” Mourinho told reporters during his post match press conference. “Until the moment they have a manager that wins four Premier Leagues for them, I’m the No. 1.

“When they have somebody that wins four Premier Leagues for them, I become No. 2. Until this moment, ‘Judas’ is No. 1.”

He also couldn’t help but touch on the Blues’ absence from this season’s Champions League.

Naturally, Mourinho didn’t mention that he played a significant role in that development. The outspoken manager was sacked by Chelsea in 2015 amid a brutal title defence on the back of the club’s 2014-15 Premier League triumph.

Mourinho, who won eight trophies with Chelsea, assumed control on the Manchester United touchline ahead of the current season.