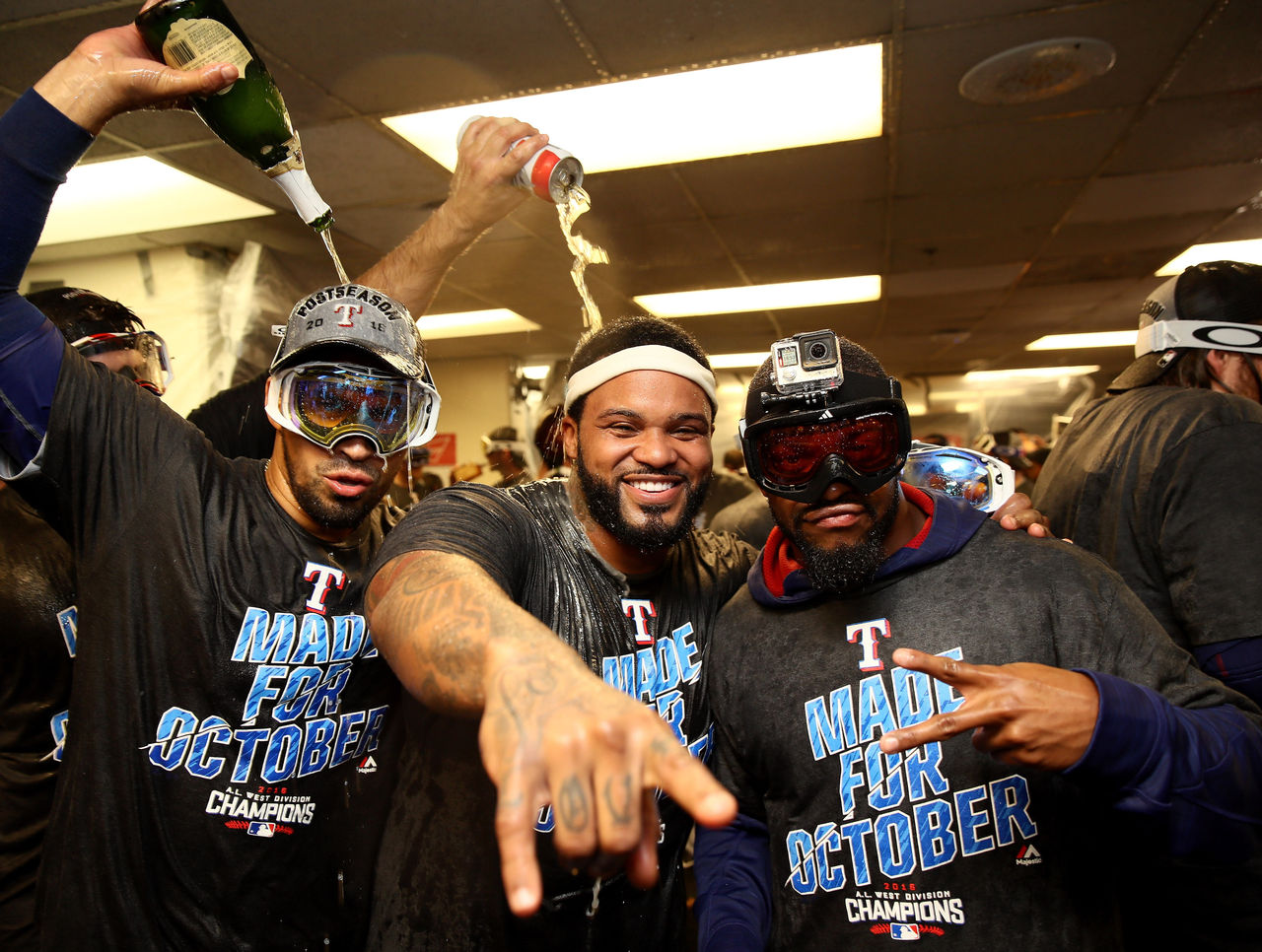 Every night, we look around Major League Baseball and identify three things you need to know about the playoff races. Here’s what happened Friday:

For the second time in as many years (and seventh time in franchise history), the Texas Rangers are division champions, clinching a successive American League West title Friday night with a 3-0 victory in Oakland despite not having a batter reach base until Carlos Gomez’s infield single spoiled Kendall Graveman’s perfect-game bid to lead off the seventh.

“It’s just the first step of winning the division, getting to the playoffs,” said Rangers third baseman Adrian Beltre. “We have a good enough team to win the World Series.”

Now 91-63 on the year, the Rangers’ victory also ensured that, for at least one more night, they own the league’s best record, even with both the Cleveland Indians (90-63) and Boston Red Sox (90-64) earning victories in their respective series openers. If Texas finishes the season with the best record in the AL, the Rangers will enjoy home-field advantage throughout the postseason, including the World Series.

Hours after the Chicago Cubs disposed of the St. Louis Cardinals, 5-0, at Wrigley Field, the National League Central champions were assured home-field advantage through the Championship Series by virtue of the Washington Nationals’ 6-5 loss to the Pittsburgh Pirates.

Though the Nationals could hypothetically match the Cubs’ win total of 98 – their most since 1945 – by winning all their remaining games, since they’ve lost five of seven games against Chicago in 2016, the Cubs are now guaranteed the top postseason seed in the league.

Following an inconsistent road trip, the Toronto Blue Jays’ floundering bats exploded in their return to Rogers Centre en route to a 9-0 drubbing of the New York Yankees, while the Detroit Tigers outclassed the Kansas City Royals, 8-3, at Comerica Park as both clubs maintained their respective grasp on the two American League wild-card spots.

The Blue Jays’ offensive explosion further dampened the Yankees’ postseason aspirations, as New York is now four games back of the Tigers, who themselves sit one game behind Toronto.

Thanks to Mark Trumbo’s walk-off blast in the 12th inning against the Arizona Diamondbacks, however, the Baltimore Orioles were able to arrest their four-game losing streak and stay within 1/2-game of Detroit.