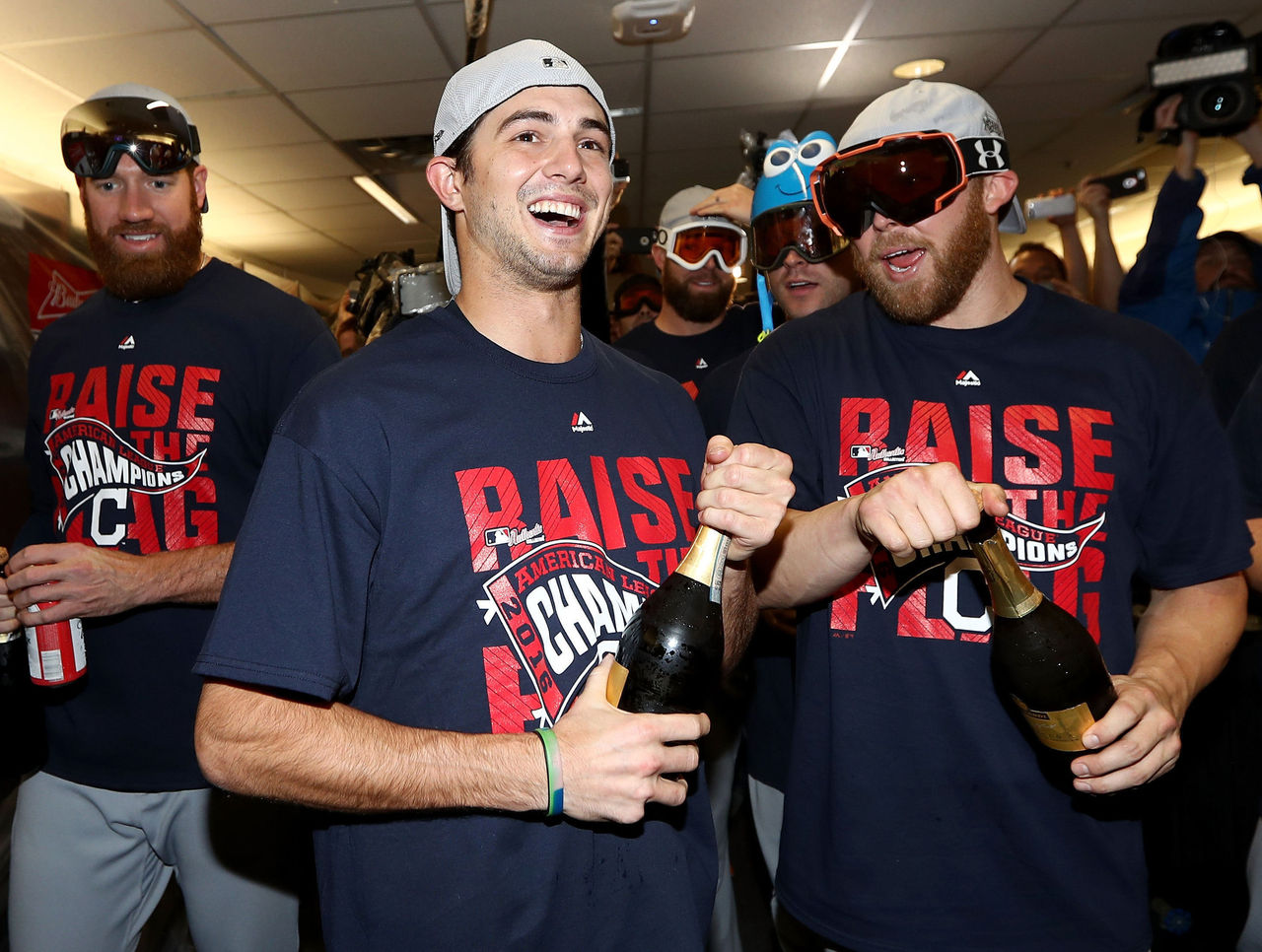 CLEVELAND – The guest list for Ryan Merritt’s upcoming wedding could be growing.

Cleveland’s rookie pitcher has made a lot of new friends.

A most improbable October hero for the Indians, Merritt has been overwhelmed by the generous outpouring from some Cleveland fans for sending wedding gifts to him and his fiancee, Sarah, after the 24-year-old pitched so well in the AL pennant-clinching victory over Toronto on Wednesday.

Not long after Merritt worked 4 1/3 scoreless innings and the Indians earned their first World Series trip since 1997, fans found the couple’s wedding registry online and flooded them with gifts.

Now Merritt is up to his neck in blenders, wine glasses, oven mitts and muffin tins.

”At first I thought it was all a joke,” the soft-spoken Texan said Friday as the Indians prepared for Game 1 on Tuesday night. ”It’s the last thing I thought was going to come out of all of this. It’s pretty emotional. Awesome.”

As he met with reporters, Merritt, an unknown to most Cleveland fans days ago, nervously struggled to express his gratitude toward the strangers, who have made him feel so welcomed even though he just joined the team.

Merritt was a late addition to the ALCS roster following a series of setbacks to Cleveland’s starting rotation. But handed the ball to start Game 5, Merritt, who pitched just 11 innings for the Indians during the regular season, shook off stomach butterflies and shut down the Blue Jays on two hits before manager Terry Francona turned things over to Andrew Miller and the rest of his devastating bullpen.

Merritt gave all he had, and Indians fans repaid him with dozens of gifts. He’s been humbled by their expression of thanks.

”Sarah checked our registry this morning and I think we only have three gifts left to go,” he said shyly with a smile. ”I hope there’s some things left for my friends to buy. I might have to register for some other stuff for them to buy something. It’s great. You just get the support that I’m getting from the Cleveland fans, and that they not only care about my career but they care about my personal life, too.”

Merritt was introduced to Sarah Brushaber by a minor league teammate, pitcher Mitch Brown. The couple has set Jan. 27 as their wedding date in her home state.

”Minnesota. So we’re going to have a cold wedding,” Merritt said with a shiver.

There will certainly be some nerves that day, but the left-hander has already shown that he can handle big moments. And if he comes through again, Merritt and his bride-to-be might have to consider sending out more wedding invitations.

That’s fine with him.

”If more people want to come, I guess they can come,” he said. ”I don’t care who shows up, I guess.”