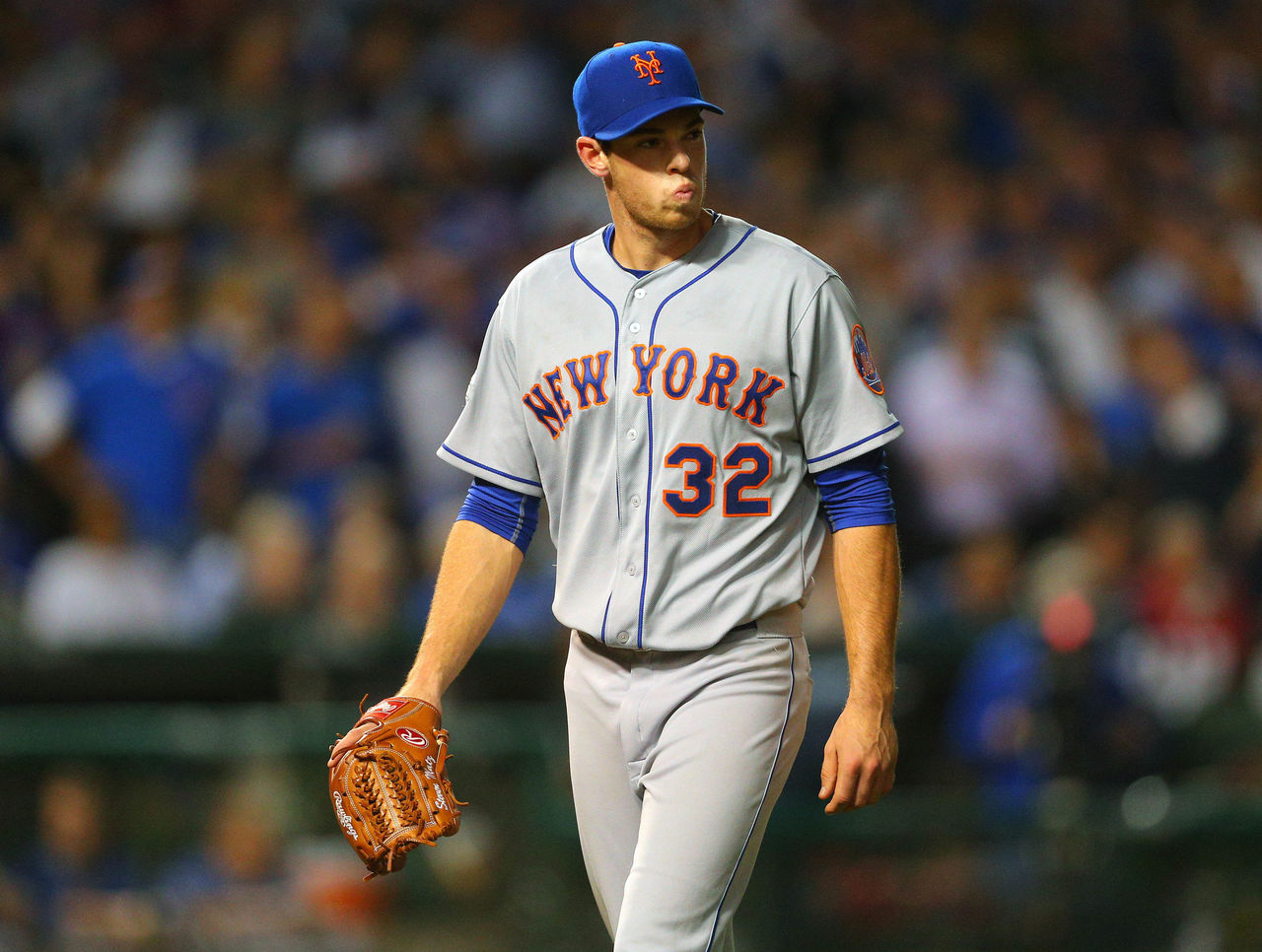 Given his injury history it would be understandable for Steven Matz to be discouraged, but the New York Mets left-hander remained optimistic despite being scratched from his next start Monday due to elbow soreness.

Matz said he began to feel discomfort in his surgically repaired elbow following Wednesday’s start against the Miami Marlins in which he allowed five runs off eight hits in four innings.

“After my last start it was a little tender,” Matz said. “More sore than normal. I wasn’t concerned. We talked to the doctor right away just to see his thoughts and he said this stuff could happen when you’re coming back from surgery.”

Mets general manager Sandy Alderson said doctors assured him there’s no ligament damage, and an MRI has not been scheduled yet.

“I think I’ll be fine,” Matz said. “I think I’ll be good to go (for Opening Day). I’m going to resume throwing and try to jump back in. I’m not really concerned right now.”

Matz, who underwent Tommy John surgery in 2010, had his 2016 season cut short after surgery on his left elbow to have a bone spur removed.