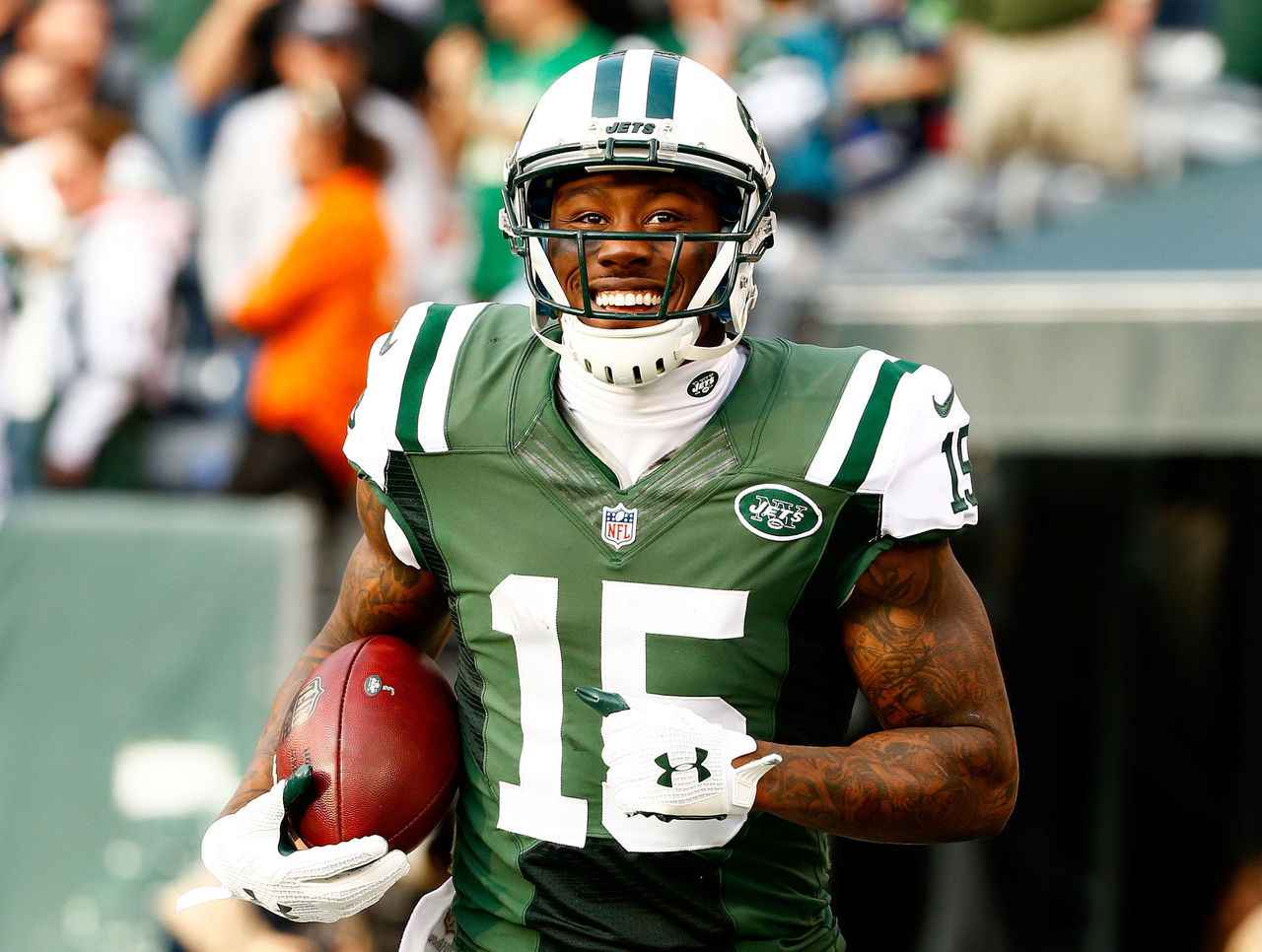 Brandon Marshall may be president, founder, and CEO of the Ryan Fitzpatrick fan club, but that doesn’t mean he isn’t supporting the New York Jets’ new starting quarterback.

Marshall dropped a not-so-subtle reference Wednesday, commending Geno Smith for the maturity he’s demonstrated after a tough start to his career.

“It has been amazing to see this guy grow,” Marshall said, via Connor Hughes of NJ Advance Media. “Really punch adversity in the face.”

See what he did there?

Smith appeared on track to beat out Fitzpatrick for the lead role in training camp last year, but he lost the job after a punch from then-teammate IK Enemkpali forced him to the sidelines with a broken jaw. As such, this week’s game against the Baltimore Ravens will mark Smith’s first start since 2014.

“When you get crushed, especially in this market, we take it personal,” Marshall said. “I think that’s why I love, and so many guys love, playing with him is because he’s competitive. Now he’s doing a great job learning how to control that.

“The thing Geno needed to learn is not anything to do with football. It’s about coming to work every day and being consistent. I think the person who benefited the most from this last year and a half is Geno. It has been amazing to see this guy grow.”

Smith correcting previous turnover issues would go a long way toward steadying a disappointing Jets offense. Fitzpatrick was unable to build upon his career-best 2016 season, completing just 57 percent of his passes for 1,441 yards, five touchdowns, and 11 interceptions en route to New York’s 1-5 start.