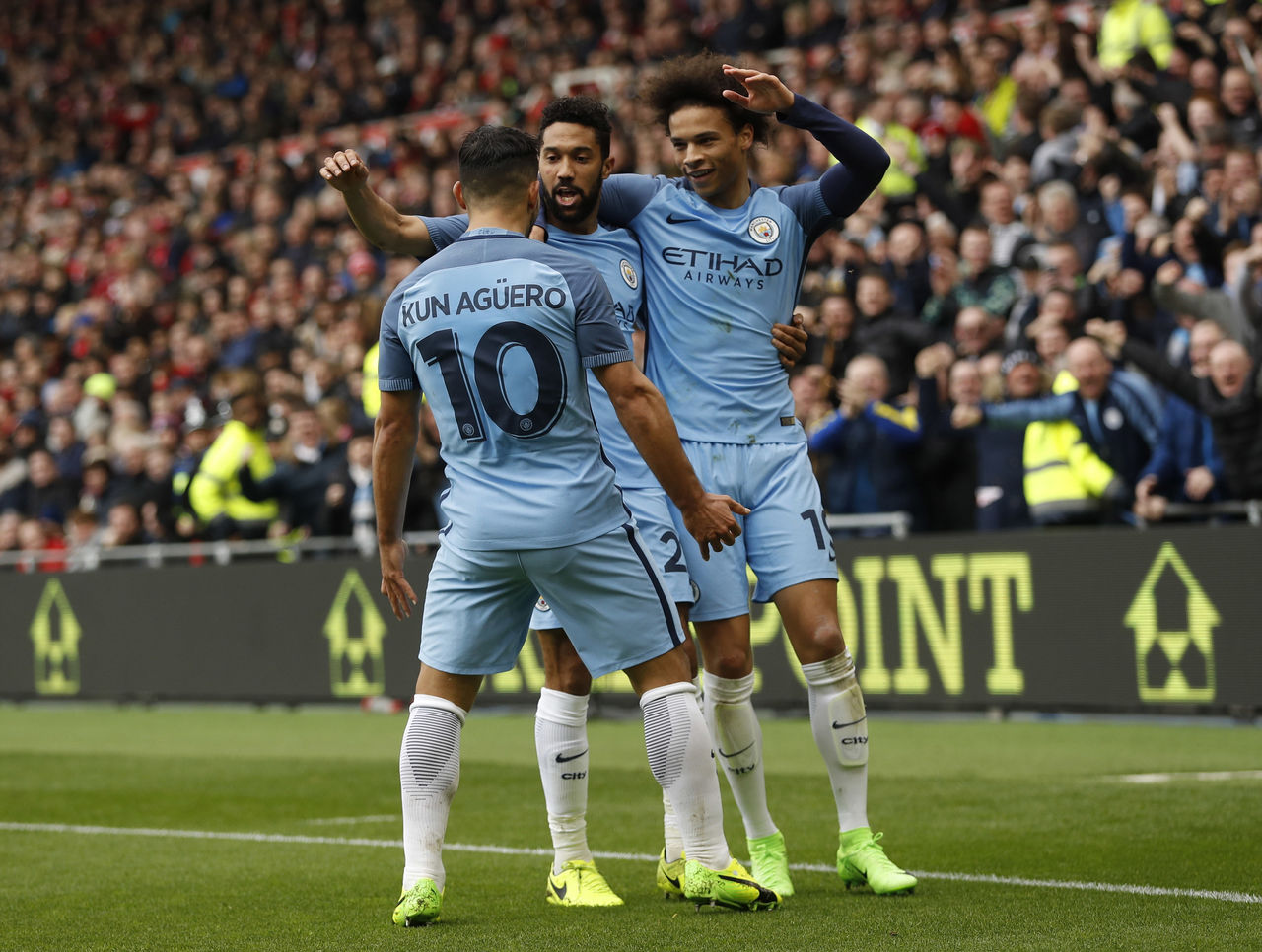 Manchester City peppered shots at Brad Guzan in Saturday’s early kick-off, but only took a 2-0 victory from Middlesbrough despite the dominance it exerted on its flat host.

Eight saves from the American goalkeeper and disciplined defending from Ben Gibson in particular kept the scoreline respectable on Teesside, but it was an easy afternoon and, as a result, progression into the FA Cup semi-finals for Pep Guardiola’s side.

It took merely three minutes for City to open the scoring when Yaya Toure found Pablo Zabaleta’s smart run down the susceptible left-hand side of Boro’s backline. The Argentinian played a pesky bouncer across the six-yard box which went through Raheem Sterling before finding a grateful David Silva, who made no mistake.

Somehow, the visitor was unable to double its advantage through many chances, but the raucous away support didn’t appear to have any concerns about the Premier League’s lowest-scoring side levelling the tie.

Sergio Aguero rewarded their confidence on 67 minutes, meeting the busy Leroy Sane’s devilish delivery to prod past a helpless Guzan.

Sane was substituted shortly thereafter, no doubt with an eye on Wednesday’s Champions League Round of 16 second leg against AS Monaco, with Aguero and Yaya Toure also withdrawn before the match wound down. It was a successful outing for City, with another improved defensive performance – even with Claudio Bravo between the sticks – and the important first-team members seeming to come through the match unscathed.

Middlesbrough now focuses solely on league matters, with three points between Aitor Karanka’s lot and safety before a tough visit from in-form Manchester United on March 19.