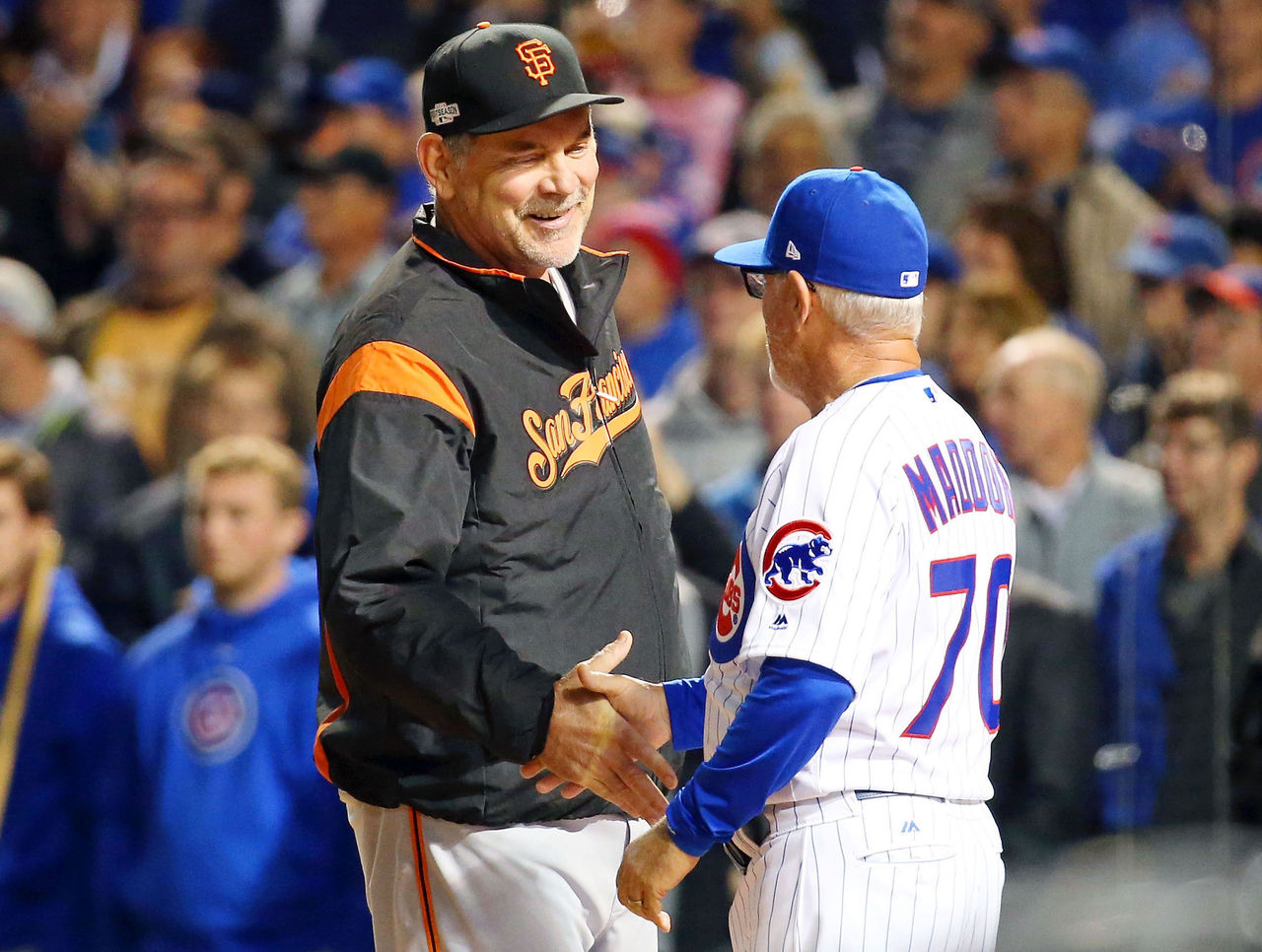 SAN FRANCISCO – Sure, Jake Arrieta and Joe Maddon know all about what Madison Bumgarner has done on the postseason stage in recent years.

Just how good the big lefty has been for his San Francisco Giants, too. They’re 9-0 in elimination games under manager Bruce Bochy, rallying from improbable deficits to win it all three times this decade – every other year, and this is one of those even years.

As the Chicago Cubs arrived Sunday in the Bay Area with a 2-0 NL Division Series lead and a chance to close out the home team, Maddon knows there’s plenty that still must go right Monday night for his club to move closer to ending its World Series curse.

”We’d be foolish to be overconfident about this situation,” Maddon said. ”They’re really good, they’ve done this before. That is a group that is just dripping with tested veterans and a manager that’s outstanding. So you never take the Giants for granted. Never.”

Bumgarner dazzled with a four-hitter last Wednesday in New York as the Giants eliminated the reigning NL champion Mets in the wild-card game. He did the same thing at Pittsburgh two years ago to get that championship run rolling.

Arrieta already has said he has no fear about this matchup, giving his respect to Bumgarner while also noting he’s ”beatable.”

”He’s been one of the best in the postseason for the last several years. We have got a challenge ahead of us, but we put ourselves in a really good position, obviously taking care of business at home with the opportunity to close the series out in three games and get back to Chicago and prepare,” Arrieta said. ”He is tough, but at the same time we have got a pretty potent offense that he has to try and neutralize.”