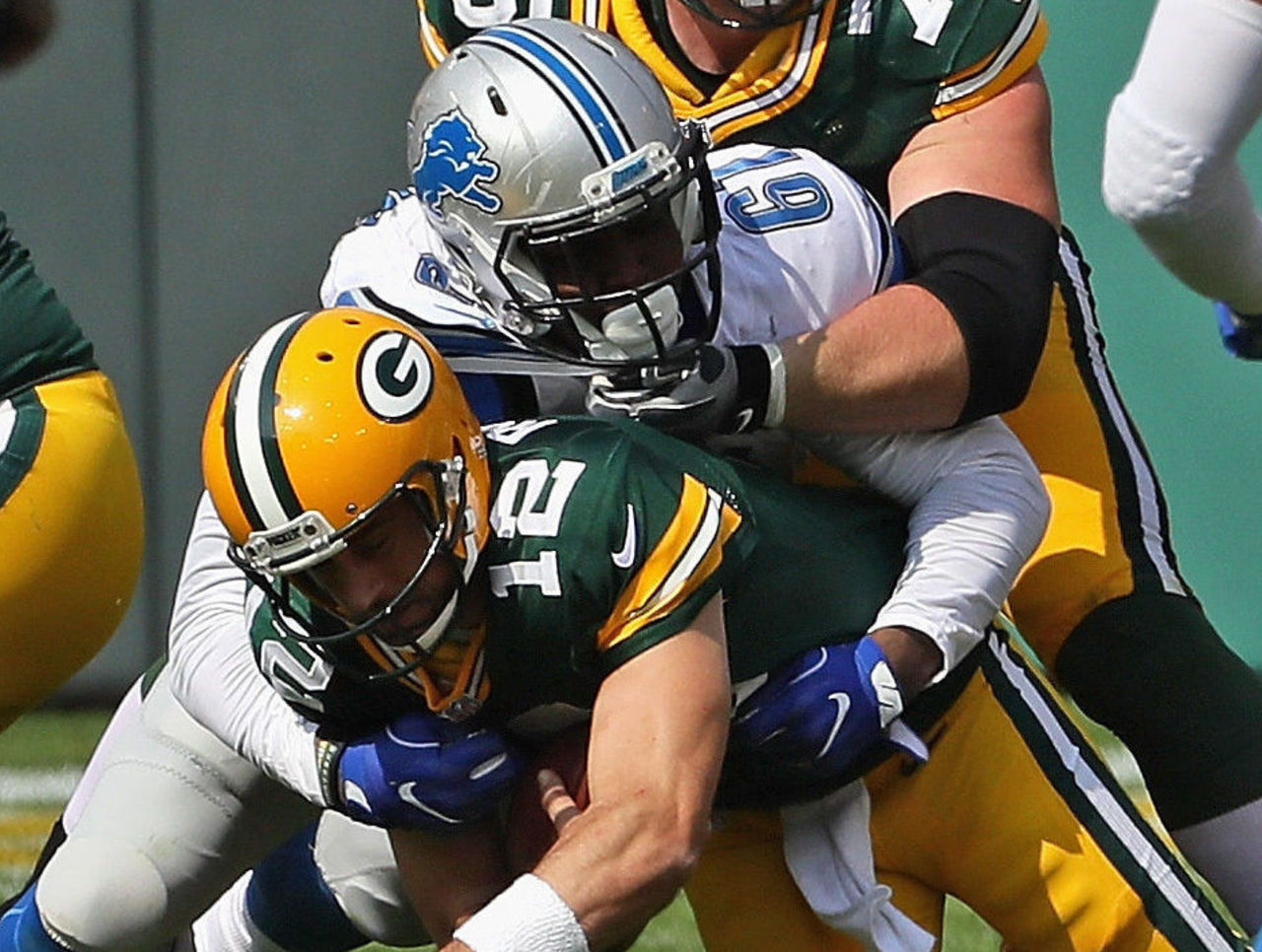 Only the reigning Super Bowl MVP, Von Miller of the Denver Broncos, has more sacks this season than Hyder, a player few had heard of a year ago. The defensive end has five sacks and has been one of the few bright spots for the Detroit Lions (1-3) so far.

Hyder quietly waited his turn to get a chance to play in the NFL, going undrafted in 2014 and spending nearly two seasons on practice squads with the New York Jets and Lions before getting his shot. He is making the most of an opportunity that came about because Ezekiel Ansah has missed much of the season with a sprained left ankle.

Hyder insisted he never doubted his ability to play in the league.

”It was just a matter of time,” Hyder said Wednesday.

Hyder speaks softly with a gentle smile, but practices hard and plays with relentless effort to make up for his lack of imposing size or blazing speed. The 6-foot-2, 270-pound Hyder understands why he was not among the 256 players taken in the 2014 NFL draft after he had two sacks as a senior at Texas Tech.

”I’m not 6-5. I don’t have the measureables that people look for,” he said. ”A player like me just needs a chance to get in to show that you can make plays at this level. It was hard. Sometimes I would get anxious and wonder why I wasn’t getting a shot. My mom and dad would always tell me to enjoy the process. My dad would remind me there are a bunch of people fighting for those practice squad spots so make them earn it if they’re going to take your spot.”

The Rex Ryan-led Jets gave him his first NFL job, putting him on their practice squad two years ago.

”When the season was over, Rex wasn’t there anymore and it was clearly time for me to find a better situation,” Hyder said.

Hyder’s second chance came last year in Detroit and he took advantage. He was regularly recognized for helping the team prepare for opponents as the ”look team” player of the week.

”He got it several weeks,” Lions coach Jim Caldwell said. ”And, he probably could’ve gotten it almost every week.”

Caldwell and his coaches noticed Hyder was in the backfield a lot so they moved him from defensive tackle to end and asked him to lose some weight. It has worked out for both parties.

Hyder is the first player to open a season for the Lions with a sack in four straight games since William Gay did it in 1983. When Detroit hosts the NFC East-leading Philadelphia Eagles (3-0) on Sunday, one of Hyder’s former teammates will be thrilled to see him in uniform on a game day for a change.

”I’m glad that Kerry Hyder finally gets the respect he’s due,” Eagles linebacker Stephen Tulloch said. ”He’s a guy that wears number 61. Nobody thought he would make the team.”

Even though Hyder’s spot on the team is secure, he plans to maintain his pace as a pass-rusher for a team that desperately needs it with Ansah and linebacker DeAndre Levy nursing injuries.

”I just want to keep it going,” Hyder said. ”I don’t want to dwell on what has happened in the last game or the game before that. If I keep playing hard, the stats will come.”