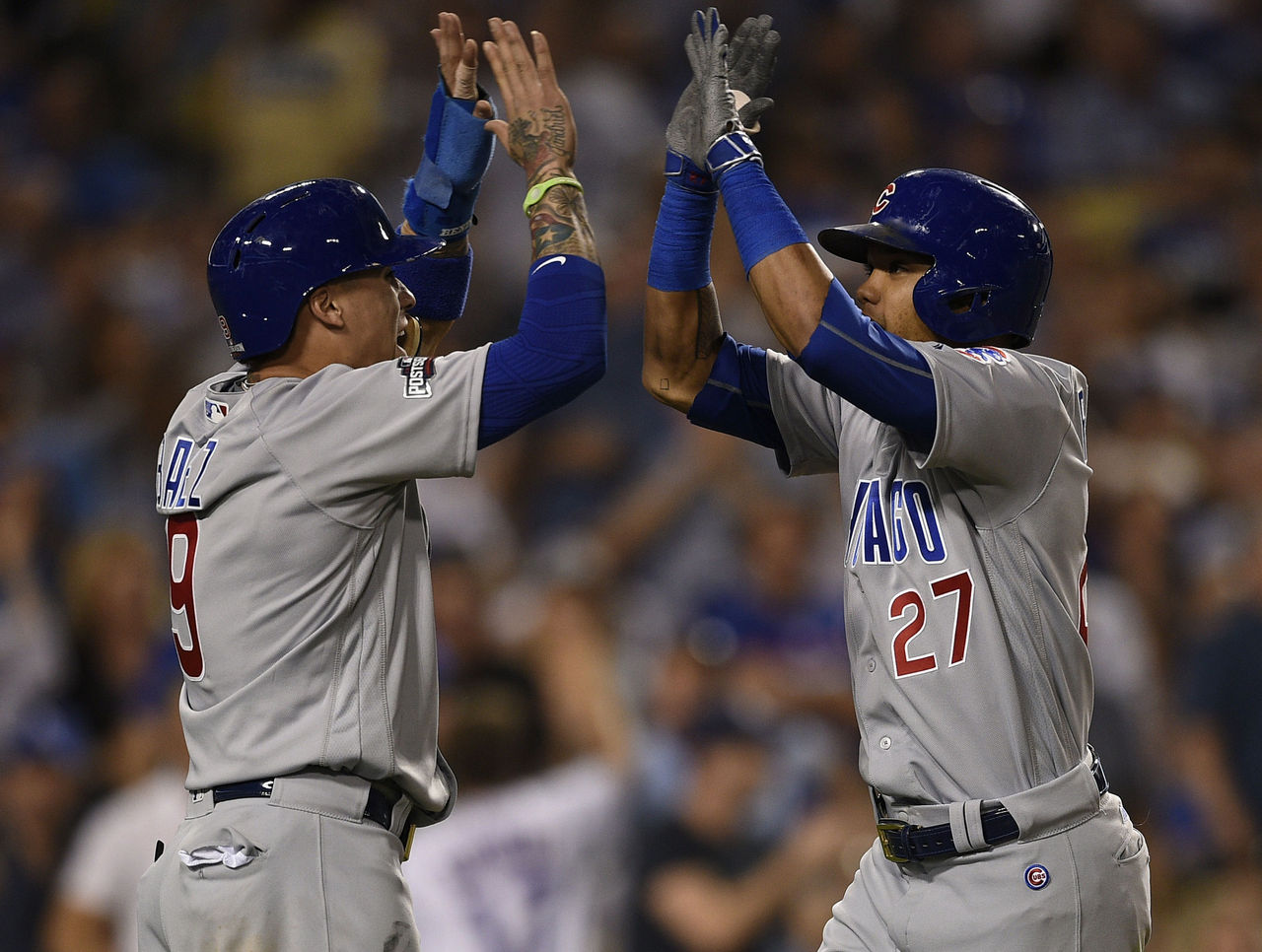 The Cubs grabbed a 3-2 lead in the NL Championship Series and will have two chances to wrap up that elusive pennant back home at Wrigley Field.

Emerging star Javier Baez was in the middle of everything for the Cubs, a common theme this October. The second baseman made a sensational defensive play when the game was still close in the seventh, and his three-run double capped a five-run eighth that made it 8-1.

After busting out of his postseason slump Wednesday, Russell hit a two-run homer for the second straight game. This one was a sixth-inning drive off losing pitcher Joe Blanton that gave Chicago a 3-1 lead.

By winning consecutive games in Los Angeles, the Cubs took control of the best-of-seven series after getting shut out in Games 2 and 3.

Of course, there’s no need to remind longtime fans that the Cubs were in the same favorable position 13 years ago – heading home to Wrigley Field with a 3-2 lead in the NLCS.

But even with ace pitchers Mark Prior and Kerry Wood starting the final two games, Chicago collapsed against the Marlins in one of its most excruciating failures.

More than a decade later, the franchise is still chasing its first World Series championship since 1908.