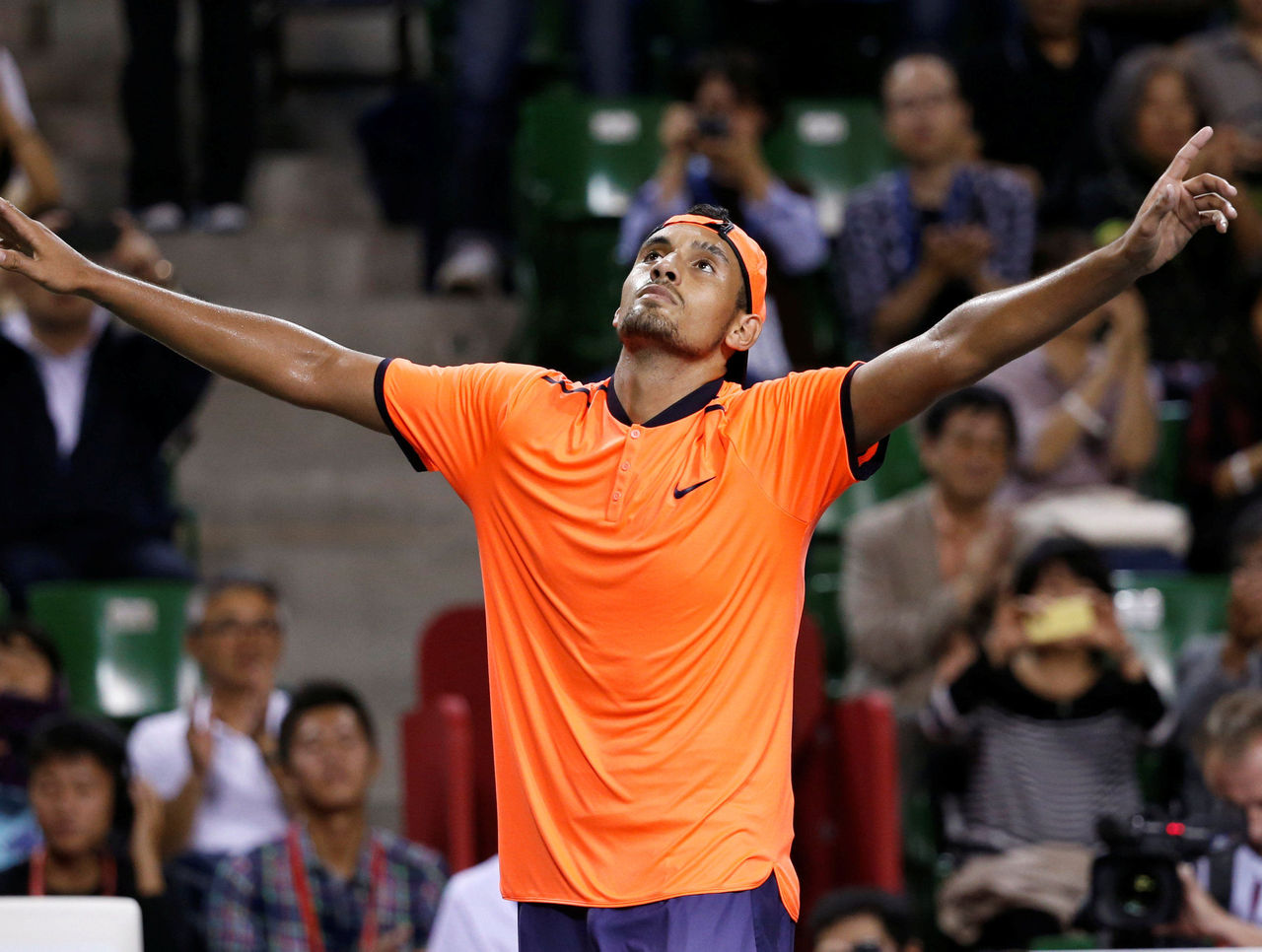 ROTTERDAM, Netherlands – Controversial tennis player Nick Kyrgios will be free to participate in an NBA celebrity game in February after being released from his contract with an ATP event in the Netherlands.

Richard Krajicek, the 1996 Wimbledon champion and tournament director of the ANB Amro event in Rotterdam, posted a link to a statement on Twitter late Wednesday saying he’d agreed to cancel the contract at the request of Kyrgios, the 21-year-old Australian who this week received an eight-week ban from the tennis tour for ”tanking” a match in China.

Krajicek said he took the decision so Kyrgios, an avid basketball fan, could attend the annual NBA All-Star weekend and play in a celebrity game on Feb. 19, the same day as the final in Rotterdam.

He said Kyrgios’ manager had made the approach to withdraw ”several weeks ago” and tournament organizers decided Tuesday to terminate the contract.

”We wanted to hold him to his contract,” said Krajicek, but … ”You see what can happen when he is tired and has little meaning, as in China.

”We want a top tennis player seen on the court. If every week he is focused on tennis, he might be mentally burned out after six months. He needs an outlet.”

The ATP, which runs the men’s tennis tour, suspended Kyrgios on Monday and fined him an additional $25,000 for ”conduct contrary to the integrity of the game” following an investigation into his behavior during a second-round loss to German qualifier Mischa Zverev last week at the Shanghai Masters.

The No. 12-ranked Kyrgios gave little effort during the 6-3, 6-1 defeat, and had already been fined $16,500 for failing to give a full effort, unsportsmanlike conduct and verbal abuse of a spectator.

He was banned until Jan. 15 – a day before the start of the Australian Open, but the suspension could be reduced to three weeks if Kyrgios agrees to enter ”a plan of care under the direction of a sports psychologist.”

Kyrgios issued a statement Monday offering another apology for his conduct in Shanghai, saying he will be back in 2017.

It’s not the first time that Kyrgios has run into trouble with tennis authorities. Last year, he insulted Stan Wawrinka with crude remarks during a match in Montreal. He received $12,500 in fines, as well as a suspended 28-day ban and a potential further $25,000 fine if he picked up any other major offenses over the following six months. His probation for that ended in February.

Kyrgios attracted criticism for his performances at Wimbledon and at the U.S. Open, for deciding not to play at the Olympics because of a spat with an Australian team official, and for firing back at retired players who have offered advice.