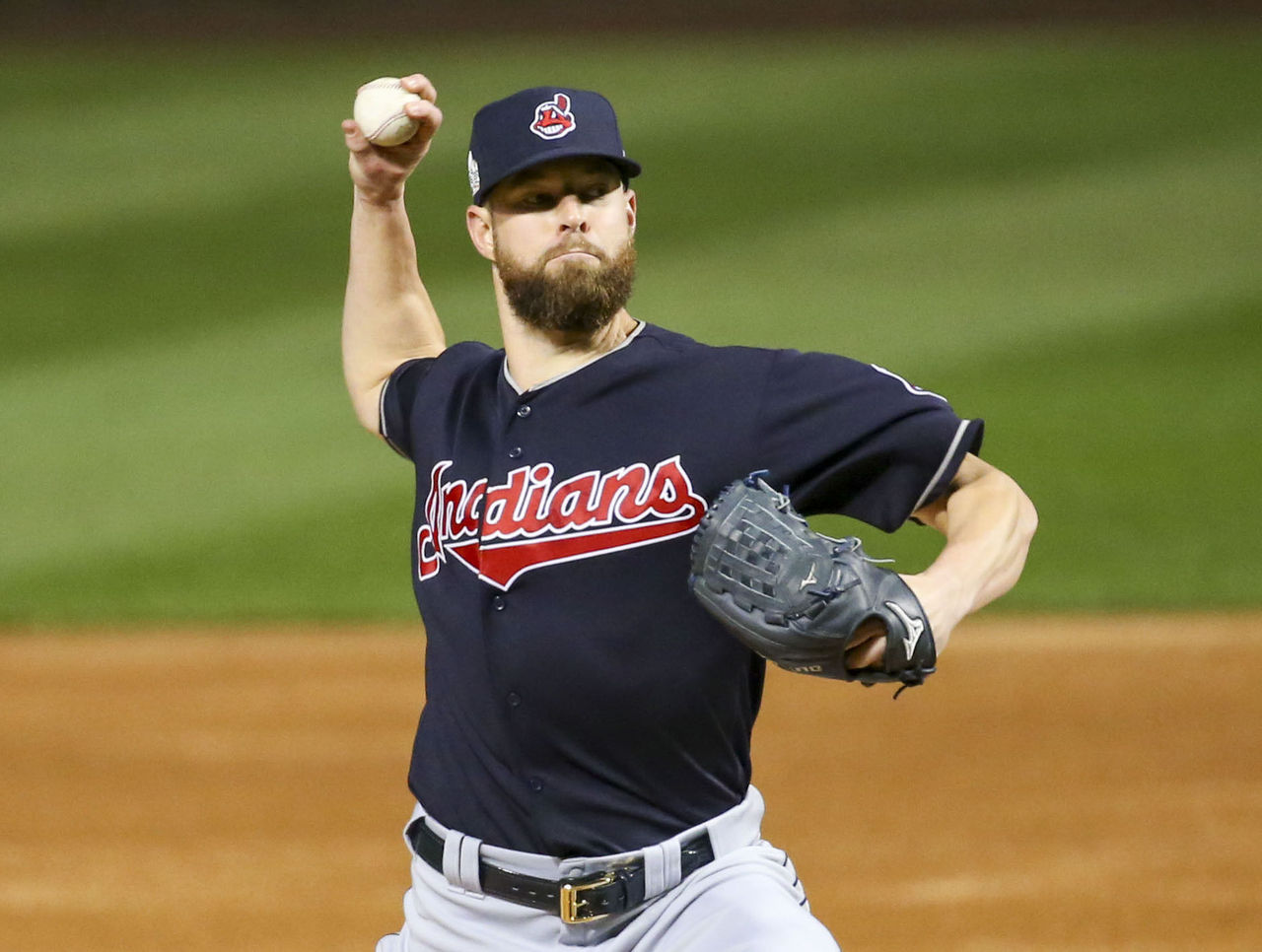 CLEVELAND – Indians ace Corey Kluber is a throwback to the old days.

After beating the Chicago Cubs twice already, he will take the mound in Game 7 on Wednesday night with a chance to become the first pitcher to win three World Series starts since Detroit’s Mickey Lolich in 1968.

”The game has changed,” the 76-year-old Lolich said Tuesday. ”It’s a totally different game than what we played back in our days. It just doesn’t happen.”

Cleveland is hoping for its first title since 1948. Meanwhile, major league ERA leader Kyle Hendricks can pitch the Cubs to their first championship since 1908. Climbing back from a 3-1 Series deficit, Chicago won 9-3 on Tuesday night to force a deciding Game 7.

Kluber is 4-1 with a 0.89 ERA in four postseason starts, starting with 16 consecutive scoreless innings against Boston in the Division Series and Toronto in the AL Championship Series.

A 30-year-old right-hander, Kluber started on three days’ rest for the first time in his big league career in Game 4 against the Blue Jays. He left after five innings with the Indians trailing 2-1 in a 5-1 defeat, then threw 88 pitches over six innings to beat the Cubs 6-0 last Tuesday in the Series opener.

He came back on three days’ rest in Game 4, needing 81 pitches for six innings of one-run, five-hit ball in a 7-2 win that gave Cleveland a 3-1 lead.

Nine pitchers have won three starts in a single Series, none since Lolich went 3-0 with a 1.67 ERA and 21 strikeouts while tossing three complete games against the St. Louis Cardinals.

”Good players, good pitchers, can do special things. He’s in that category,” Indians manager Terry Francona said. ”It was kind of an easy decision after talking to him.”

The 2014 AL Cy Young Award winner, Kluber was 18-9 with a 3.14 ERA this season as Cleveland won the AL Central for the first time since 2007. His win in the All-Star Game at San Diego in July gave the American League home-field advantage in the Series.

”I never connected those dots at that point in time,” he said.

Already, he is the first pitcher to win Games 1 and 4 in the Series since Cincinnati’s Jose Rijo in 1990. Chris Carpenter of the Cardinals was the last to even make three starts, winning the 2011 opener against Texas, getting a no-decision in Game 5 and then, after rain pushed back Game 6, coming back on short rest to win Game 7.

”Those are things you’ll probably look back on after the fact and not during the middle of it,” Kluber said.