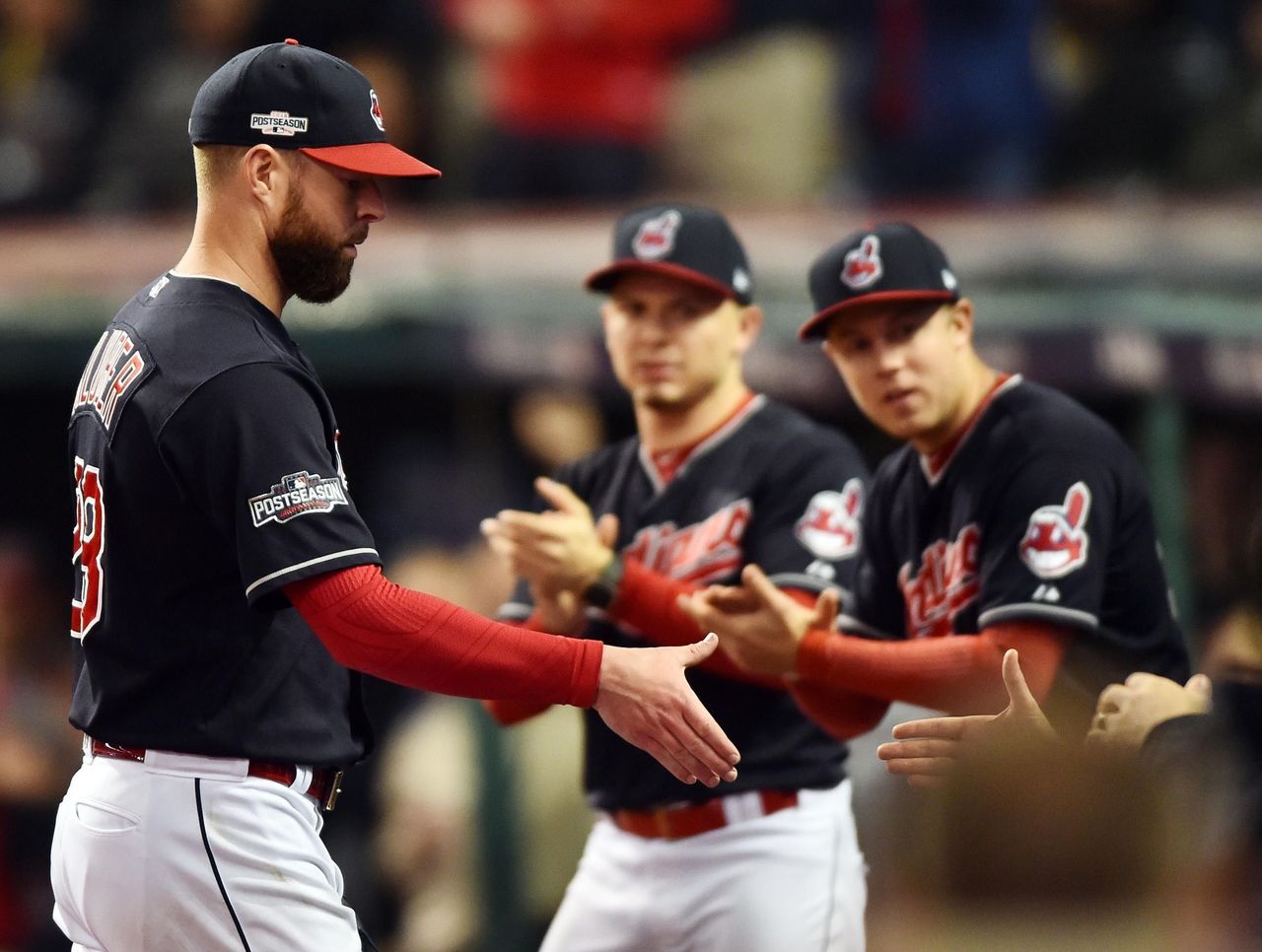 If baseball momentum is the next day’s starting pitcher, the Cleveland Indians still very much like their chances of sending the Chicago Cubs home for the winter without a World Series trophy for the 109th consecutive season.

Corey Kluber, who is 2-0 in the World Series against the Cubs and won Games 1 and 4, takes the mound for the Indians on Wednesday night in a Fall Classic finale long on historic heft.

Kluber pitched six innings in both starts and allowed zero runs, but a second consecutive outing on short rest — three days instead of the customary four — adds a physical and mental variable to the pressure-packed spotlight moment.

“It’s been a blast,” said Kluber, the low-key ace of the Indians. “I think that we’ve all really enjoyed ourselves. I think we can take a lot from the way we approached it and not treating it more than just each game is another game and trying to go out and win that day. Not trying to look too far ahead or things like that. I think there’s value to taking that approach throughout the course of a season, too.”

Manager Terry Francona might gladly shred his Game 6 scorecard, with two home runs propelling the Cubs to a 7-0 lead in the fourth inning en route to a 9-3 win. The Indians are chasing their own ghosts after squandering a 3-1 series lead. Cleveland last won the World Series in 1948.

Kluber is looking to match the feat of Mickey Lolich, who won Game 7 after starting the first and fourth games for the Detroit Tigers in 1968. Kluber is 4-1 with a 1.89 ERA this postseason, and he gave the Indians — and American League — home-field advantage by winning the All-Star Game in San Diego.

“Good players, good pitchers, can do special things, and he’s in that category,” Francona said.

Awakened from a 22-inning slumber, the Cubs are racking up runs much the way they did as the National League’s best offense in the regular season, when manager Joe Maddon led the team to the Central Division title by 19 games.

For the Cubs to be the first team since the 1979 Pittsburgh Pirates to escape such a hole, Maddon cited early offense and the bullpen as the best way to make history.

Another flat-line righty, Kyle Hendricks, starts for the Cubs in Game 7. At windy Wrigley Field on Saturday, he lacked command of his high-movement arsenal but kept Chicago in the game. Hendricks led the NL in ERA (2.05) and keeps the ball down to prevent big rallies.

“This is the ultimate dream,” Hendricks said. “You dream of getting to the World Series, winning the World Series. When you’re out in your backyard as a kid, playing Little League at the field with your friends, this is the moment you dream about, Game 7, 3-2, two outs, something like that, bottom of the ninth. But it’s always Game 7 of the World Series.”