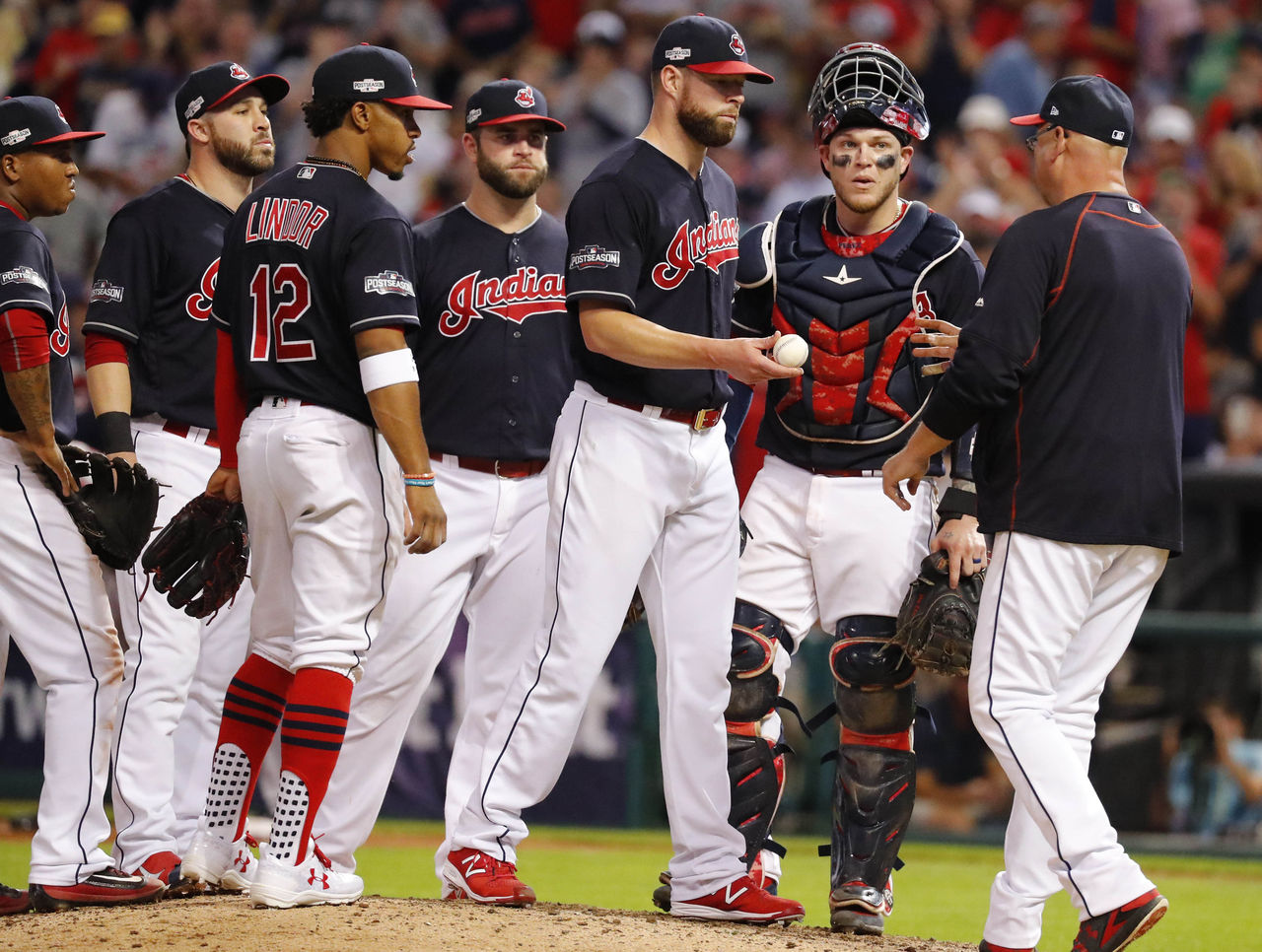 Looking to finish off a Cleveland sweep in the AL Championship Series, the ace right-hander got touched up by the Toronto Blue Jays during a 5-1 defeat Tuesday in Game 4.

Kluber was pushed up to pitch on three days’ rest because of several injuries to Cleveland’s rotation. He took the loss after allowing two runs and four hits while throwing 89 pitches in five innings.

It was the first time the 2014 AL Cy Young Award winner permitted a playoff opponent to score. He had thrown 13 1/3 scoreless innings against the Red Sox and Blue Jays this October, his first postseason.

”We talked to Kluber after every inning and I thought he held his stuff really good,” Indians manager Terry Francona said. ”I thought his legs started to get a little tired.”

Following their first loss in seven playoff games this year, the Indians remain one win from their first trip to the World Series since 1997. They’ll take a 3-1 ALCS lead into Game 5 on Wednesday, when rookie left-hander Ryan Merritt starts against Blue Jays righty Marco Estrada.

Cleveland has been without starters Carlos Carrasco (broken hand) and Danny Salazar (forearm) this entire postseason. Right-hander Trevor Bauer left Game 3 after four batters when blood began dripping from his right pinkie, sliced open last week as the pitcher was repairing one of the drones he enjoys flying as a hobby.

The early exit by Bauer forced the Indians to get 25 outs from their stellar bullpen Monday night and prompted Francona to turn to Kluber on short rest in Game 4.

If the ALCS goes the distance, Kluber could wind up starting on three days’ rest again. Game 7 would be Saturday in Cleveland.

”We’re one win away from the World Series and that’s what we’re focused on,” Kluber said.