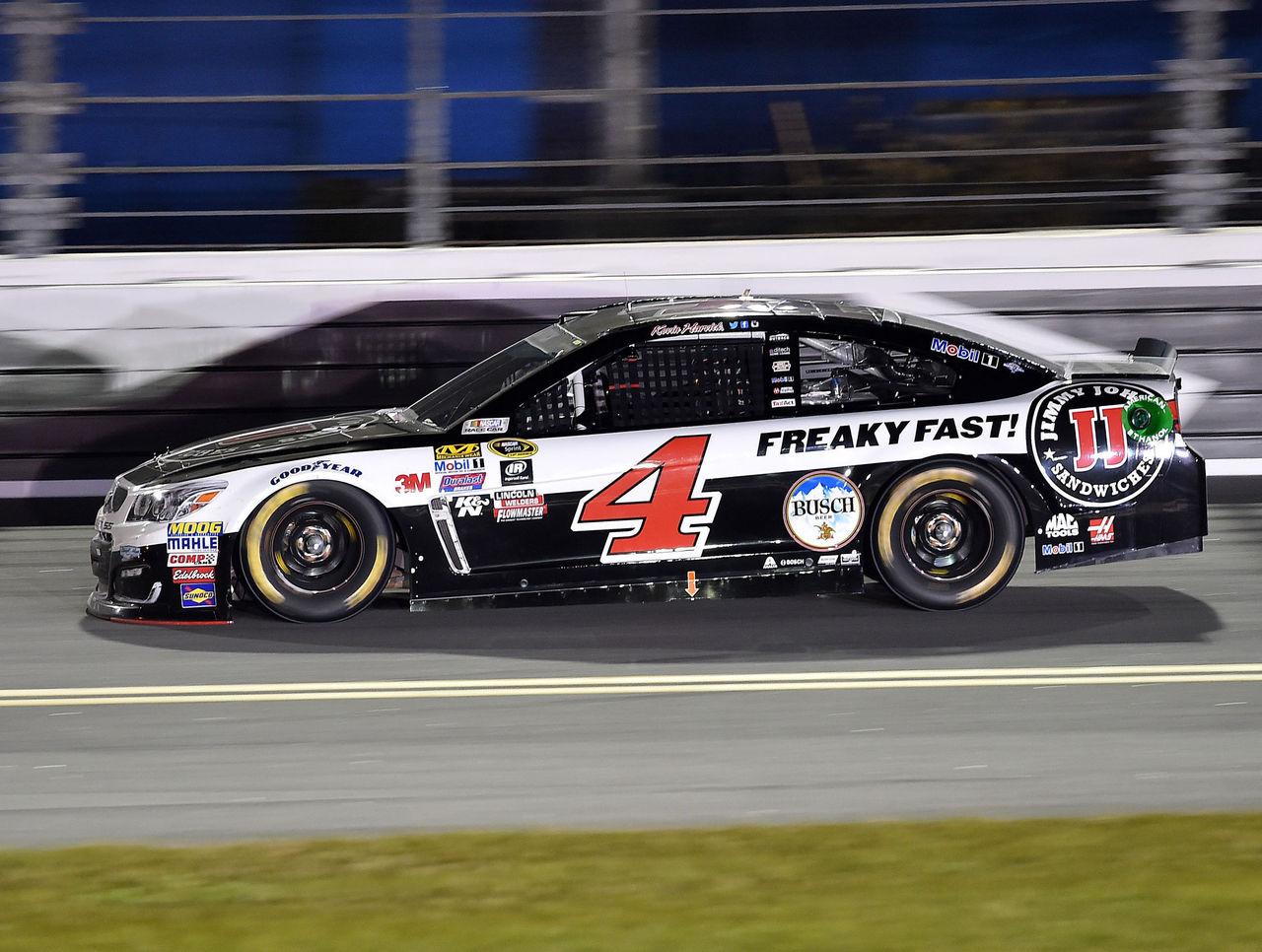 KANSAS CITY, Kan. – Kevin Harvick won the NASCAR Sprint Cup race at Kansas Speedway on Sunday, going to the front on a late restart and outrunning Carl Edwards to lock up his spot in the next round of the Chase.

Harvick was among the fastest in the final qualifying session, and hung around the front all day while other Chase contenders faltered. He was still at the front when Regan Smith brought out the final caution, and was able to keep Edwards at bay over the final 30 laps.

He joined Jimmie Johnson, the winner last weekend at Charlotte, in the round of eight of NASCAR’s playoffs, while the pressure is on the rest of the contenders heading to Talladega.

“These races are hard to win and these guys are so good at the details,” said Harvick, the 2014 season champion, “and when you put their backs against the wall they’re even better. I’m so proud of them.”

Indeed, Harvick found his back against the wall after electrical trouble at Charlotte left him 38th on the day, eight points out of the eighth and final spot in the round of eight.

Johnson finished fourth, followed by fellow Chase drivers Kyle Busch and Austin Dillon. Matt Kenseth was ninth after dominating the first half of the race from the pole.

Other drivers competing for the championship dealt with trouble all afternoon.

Martin Truex Jr. again found himself at the front at Kansas, only to have trouble with the refueling mechanism that forced him to pit out of sequence. Kurt Busch finished two spots back in 13th place after having to go to his backup car following a spin into the grass during the final practice.

Denny Hamlin had an issue with the front splitter that creates downforce on his car, forcing him into the pits for repairs. He was also penalized for a loose tire on pit road but rallied to finish 15th.

The biggest losers on the day were Brad Keselowski and Chase Elliott.

Keselowski began wiggling with 78 laps remaining, and Hamlin came up behind him and a tap sent the No. 2 car shooting down the track. He slammed into the grassy turf and tore up the front of his car, and wound up 38th and is now seven points out of the eighth spot in the Chase.

Elliott had trouble with his left rear tire rubbing on his fender, which put him a lap down early in the race and then forced another unscheduled stop late. He wound up 31st and is 25 points out of the final spot in the round of eight with Talladega looming next weekend.