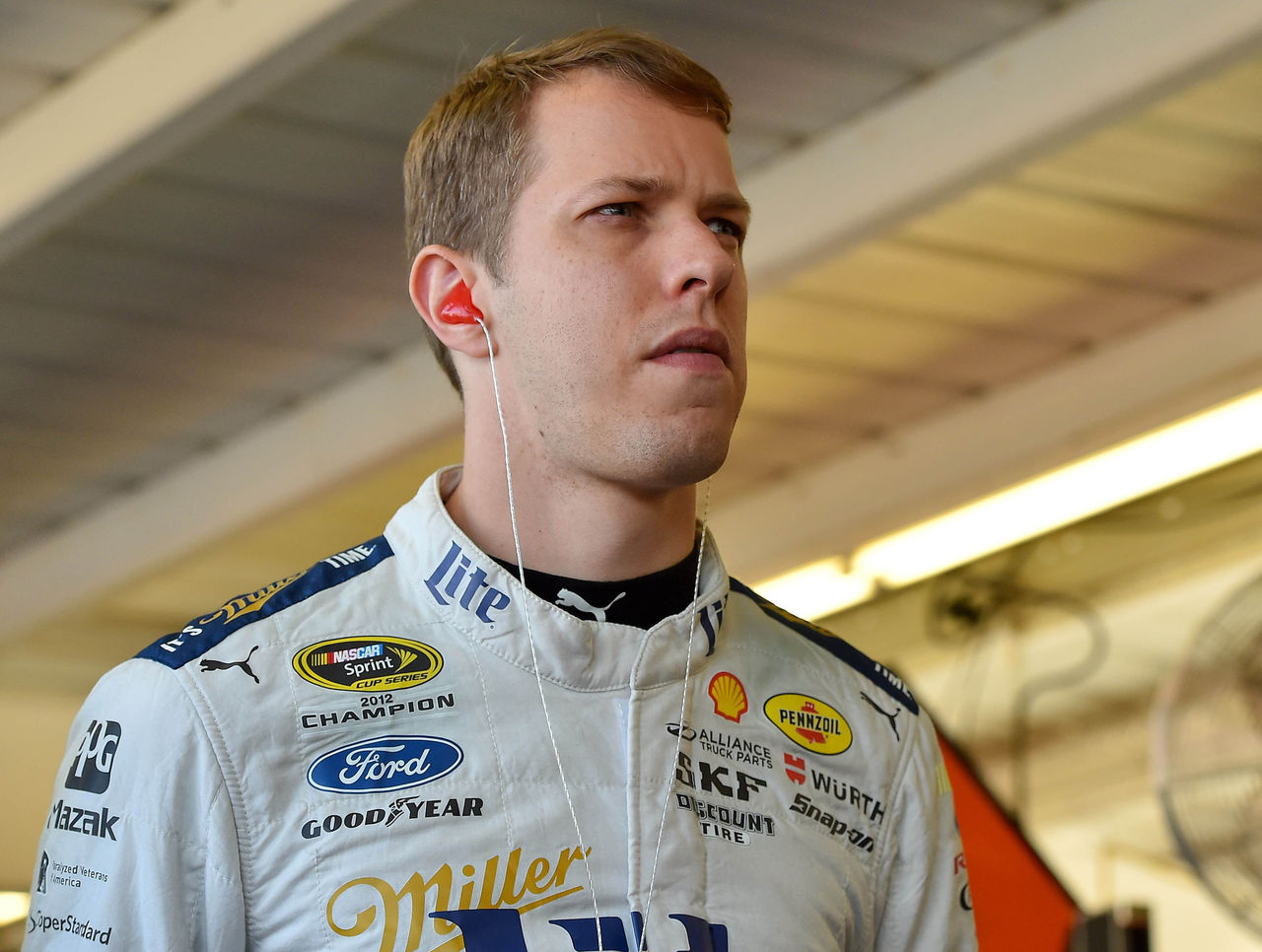 CHARLOTTE, N.C. – The excitement level over the next two Chase races could very well vary from fan to fan.

As teams have adjusted to the elimination format of NASCAR’s playoffs, the goals now differ depending on where each driver sits in the standings.

Because five Chase drivers had trouble at Charlotte, Brad Keselowski believes the dynamic has changed for the rest of the field.

”The reality is, if you have a pretty good gap, you’re probably going to take a log off the fire,” Keselowski said.

The opening race of the second round of the Chase saw five drivers finish 30th or worse, and now only eight points separates Denny Hamlin in eighth place from Kevin Harvick in 12th. Four drivers will be eliminated after Talladega next week, and Keselowski believes the paring will ”absolutely” be four of the five currently sitting at the bottom of the standings.

Under his theory, Denny Hamlin, Austin Dillon, Chase Elliott, Joey Logano, and Kevin Harvick are racing each other Sunday at Kansas Speedway and next week at Talladega. The rest of the field is simply trying to ”live to fight another day.”

What exactly does that mean? Well, the remaining drivers in the field may not take many risks because there’s no need to put it all on the line. They have breathing room from the bottom of the field right now, and aren’t desperate for victories or track position.

A year ago, Logano opened the second round of the Chase with a win at Charlotte that earned him an automatic berth in the third round. The next week, he raced Matt Kenseth very hard in the closing laps at Kansas to snatch away a win that Kenseth needed to get into the third round.

The victory was nothing more than a trophy for Logano and had far more meaning to Kenseth’s playoff hopes. It ignited a feud that ultimately knocked Logano out of the playoffs in the next round.

”Everyone saw what happened with Joey, and they’re not going to do that to themselves,” Keselowski said of his teammate. ”It’s like basketball: you want to make sure you don’t have a bunch of fouls and aren’t worn out when the fourth quarter comes, because it seems like those are always five-point games in the fourth quarter. So don’t be in a spot to foul out. Make sure you’ve got your legs beneath you.”

Now that the current Chase format is two years old, he also believes teams will race to do whatever is needed to make it into the next round. As an example, he used the 2014 race at Texas Motor Speedway, where Keselowski went three-wide on a late restart to make contact with Jeff Gordon. It led to a cut tire for Gordon that cost him a shot at the win, and Gordon punched Keselowski on pit road after the race.

”That was a race I had to win and I knew he didn’t have to win it,” Keselowski said. ”All he had to do was run like fourth or even 10th. In the moment when I made the move and we got together and he ended up blowing a tire, I was shocked that he didn’t know the situation.

Asked if all of this ”hurts” the excitement level, Keselowski said it will be in the eye of the beholder.

”How do you define hurt? If you’re a fan of mine or anyone who has the ability to (advance) through consistency? If you’re a fan of someone who is out and has to dig real deep to make it through? I think it could be very exciting,” he said. ”I think it’s just a matter of perspective.”