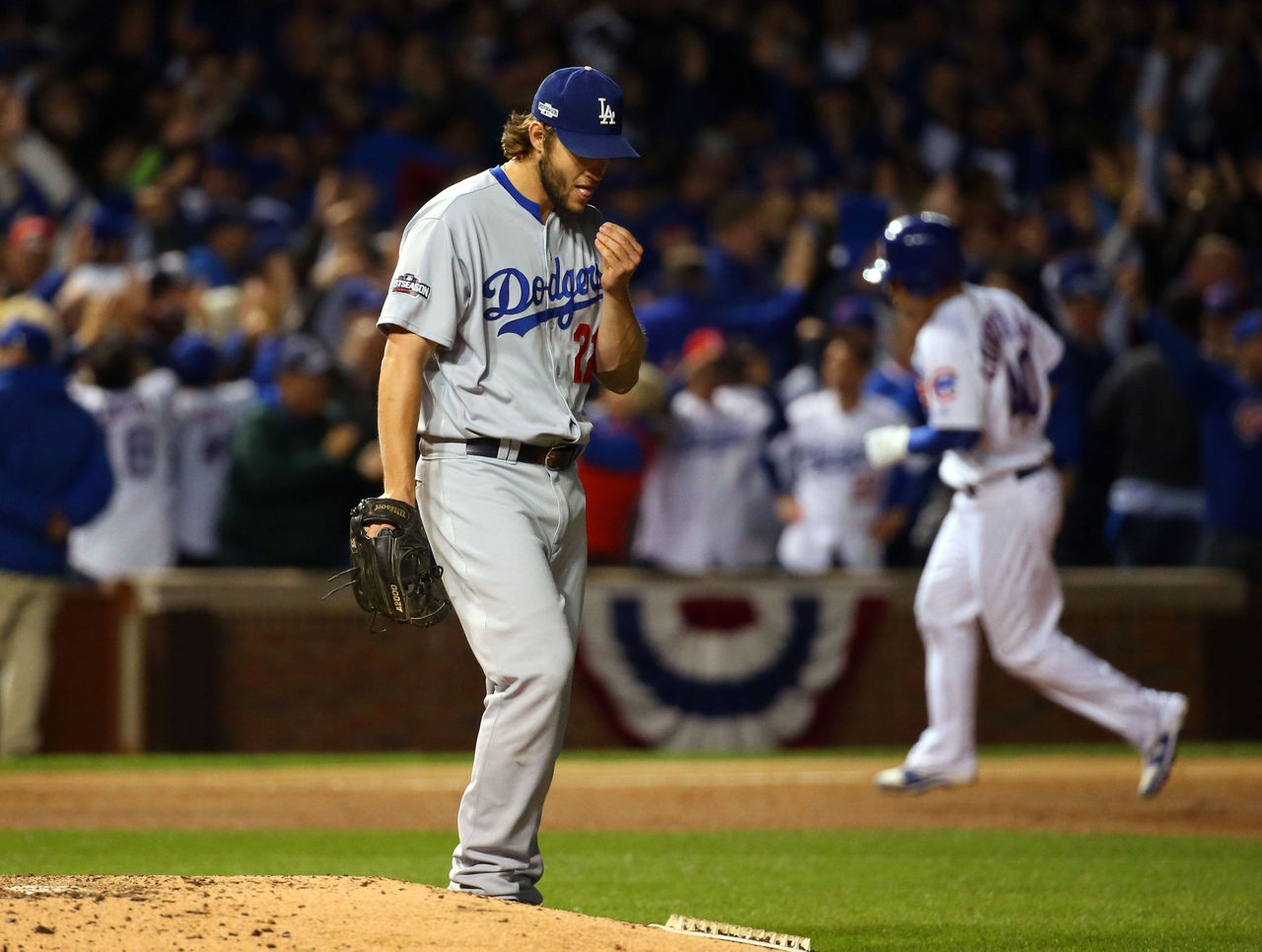 CHICAGO – So much for Clayton Kershaw’s playoff renaissance. The ace flopped at a big moment – again.

Kershaw’s checkered postseason resume took another hit in Game 6 of the NL Championship Series, finishing off the reeling Los Angeles Dodgers. The Chicago Cubs beat up the three-time Cy Young Award winner and took advantage of Los Angeles’ shaky defense on their way to a 5-0 victory Saturday night, leaving the Dodgers still in search of their first World Series trip since winning the title in 1988.

Kershaw could have started Game 5 on three days’ rest, but manager Dave Roberts decided to save him for Saturday night at Wrigley Field. Roberts was hoping a couple more days would help Kershaw duplicate his performance from Game 2, when he pitched seven innings of two-hit ball in a 1-0 victory.

The decision worked out quite well – for the Cubs. After winning a pair of shutouts in Games 2 and 3, the Dodgers dropped the next two by a combined score of 18-6. Even the great Kershaw was unable to slow Chicago’s momentum, and Dave Roberts’ first season as Dodgers manager ended in disappointment.

The left-hander allowed four earned runs and seven hits while dropping to 4-7 with a 4.55 ERA in 18 playoff games.

Fowler hit a ground-rule double on Kershaw’s third pitch of the night, and the Cubs were off and running. Kris Bryant followed with an RBI single. Then left fielder Andrew Toles dropped Anthony Rizzo’s fly ball to the gap in left-center, setting up Ben Zobrist’s sacrifice fly.

It was the first time Kershaw had given up two runs in the first inning all season.

Fowler added a two-out RBI single in the second, rookie Willson Contreras hit a leadoff drive in the fourth and Anthony Rizzo connected in the fifth. It was the first time Kershaw had allowed two homers in a game since April 9 at San Francisco.

That was it for Roberts, who hit for Kershaw in the sixth.

While Kershaw struggled against the Cubs, the Dodgers were shut down by Kyle Hendricks. Toles’ leadoff single in the first and Josh Reddick’s one-out single in the eighth were Los Angeles’ only hits against the right-hander, who led the major leagues with a 2.13 ERA this year.