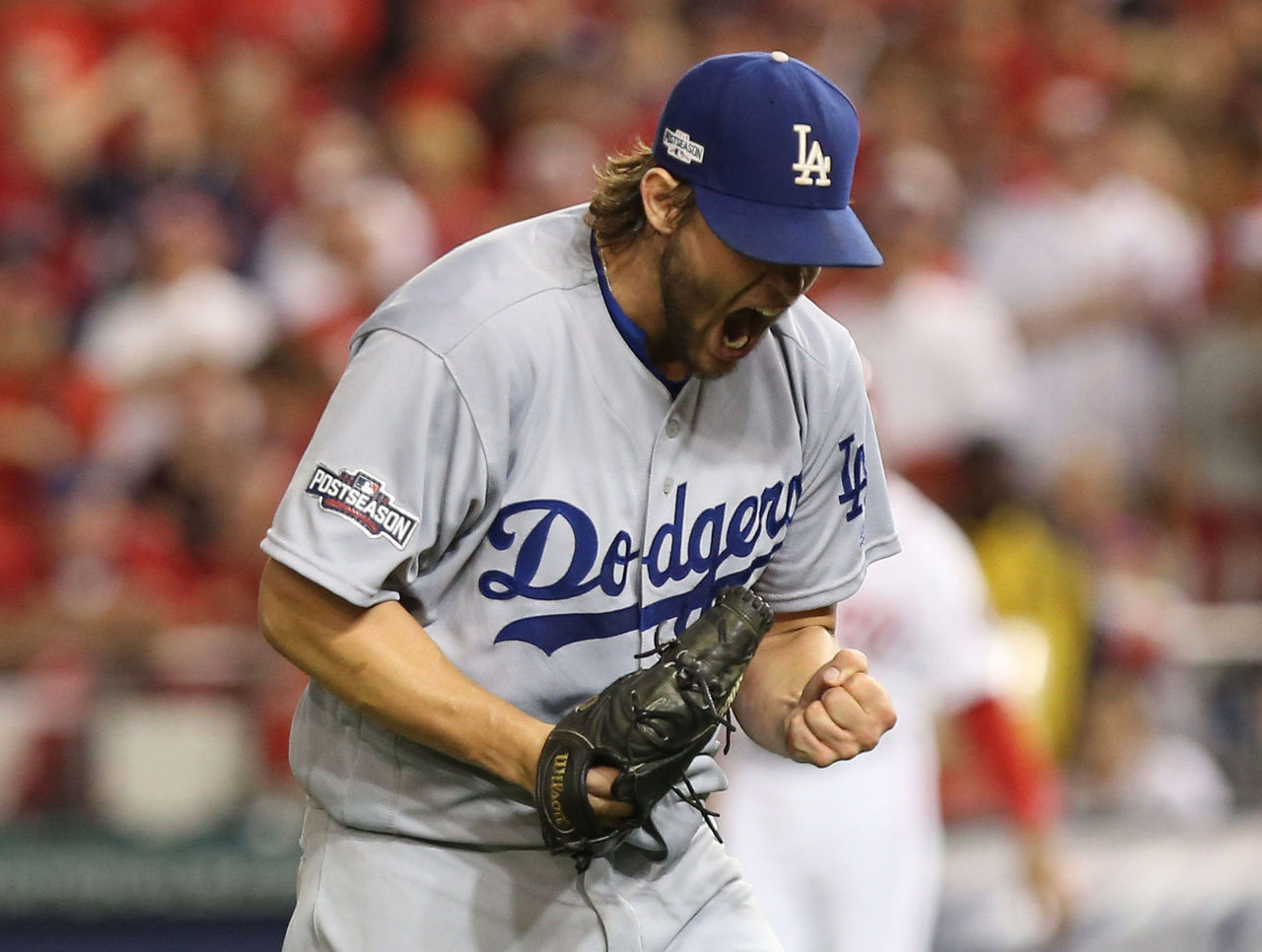 WASHINGTON – Hardly at his best, as usual when it comes to October, Clayton Kershaw still managed to do just enough to earn a rare postseason victory.

Backed by early homers from rookie sensation Corey Seager and Justin Turner off Max Scherzer in a matchup of Cy Young Award winners that promised more than it delivered, Kershaw worked around eight hits with the help of seven strikeouts Friday to help the Los Angeles Dodgers edge the Washington Nationals 4-3 in Game 1 of their NL Division Series.

”It was a grind. A lot of guys on base all the time. Definitely wasn’t easy,” Kershaw said. ”As close as you can bend without breaking, I guess.”

His work done, Kershaw was able to relax in the dugout, chewing gum and blowing bubbles while watching relievers Joe Blanton, Grant Dayton, Pedro Baez and Kenley Jansen combine to allow one hit over four scoreless innings. Jansen got his first five-out save since April 13.

Game 2 in the best-of-five matchup is Saturday at Washington.

In his five innings against the NL East champs, Kershaw allowed three runs, which might not sound like an exorbitant total, but an opponent scored that many only once in the lefty’s preceding 16 starts. He was hardly efficient, needing 101 pitches and plenty of boo-inducing mound visits from catcher Yasmani Grandal. Still, Kershaw improved his career record in the playoffs to 3-6 even though his ERA rose to 4.65.

Those numbers are a far cry from his regular-season marks of 126-60, 2.37 ERA and three Cy Young Awards. Maybe, just maybe, Kershaw’s arm felt stronger this time because he sat out more than two months with a bad back before returning to the NL West winners in September.

”It feels good to win, and it feels good to win in this situation,” Kershaw said. ”If I had pitched seven shutout innings and we lost, it’s a different feeling. At this time of year, you kind of just throw the stats out the window and you just win the game.”