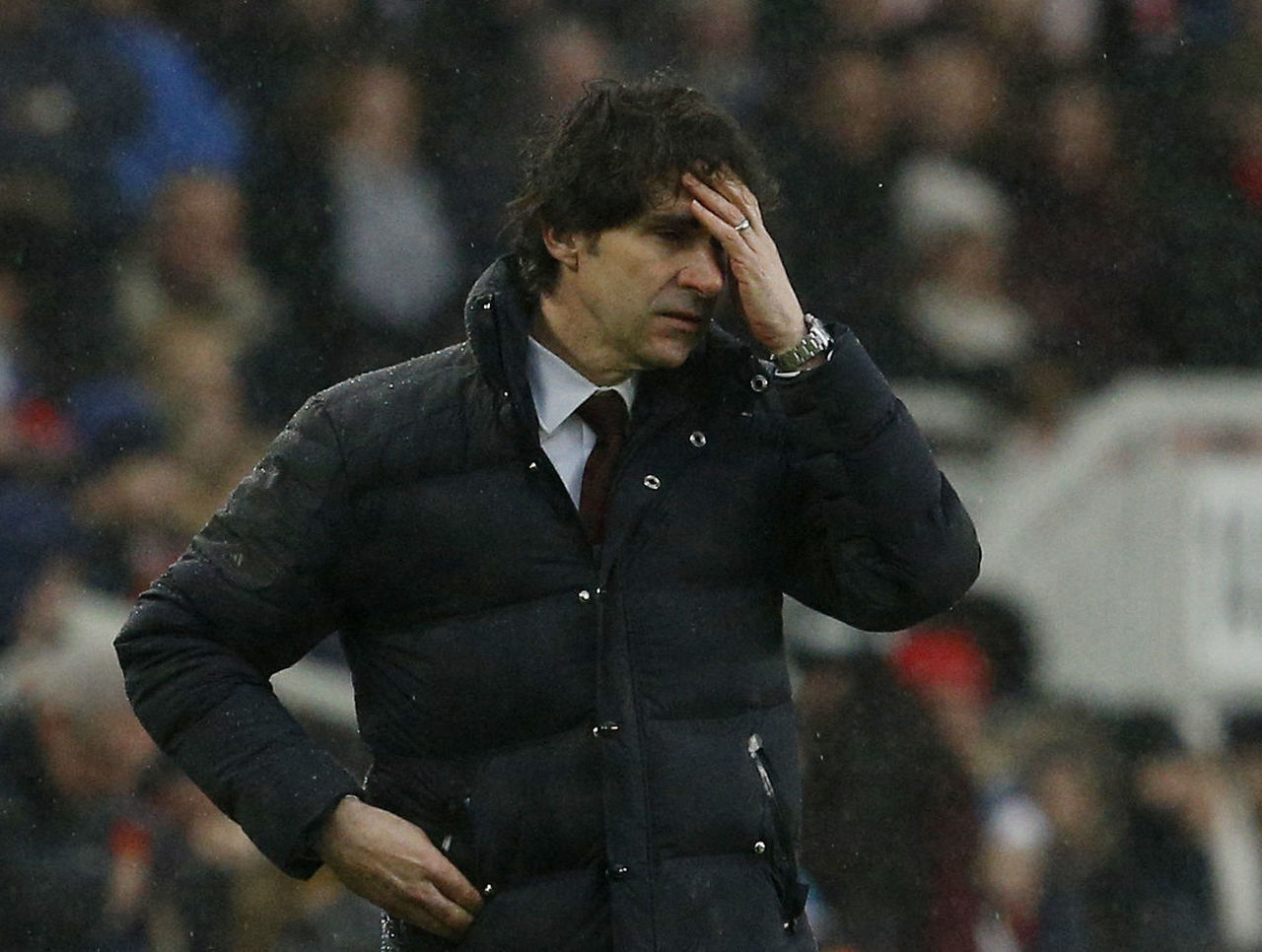 Aitor Karanka’s inability to find a formula to get his strike force firing has seen Middlesbrough sink into the Premier League’s relegation zone, but he’s sure that he has the backing and chairman Steve Gibson and his cronies.

Boro has the fifth-best defensive record in the division, but that good has been undone by a league-low 19 goals scored across 27 outings. Karanka’s lot is currently positioned 18th, three points adrift of safety.

“I am the first critic, so I don’t need to hear the criticism,” the Spaniard told BBC Sport.

The 43-year-old added, as quoted by the Teesside Gazette: “I am starting my career and every situation is new – I have to learn, modify and know the things I can improve. Now I have to try and bring the best from my players and I have to give them all my confidence.”

The Middlesbrough job was Karanka’s first full-time gig at club level after previously handling Spain’s Under-16s and assisting Jose Mourinho at Real Madrid. With the support of long-term owner Gibson, the former Athletic Bilbao defender oversaw steady improvement before steering the northeast outfit to promotion from the Championship last term.

With the exception of a short-lived swansong in his playing days at the Colorado Rapids in Major League Soccer, Karanka never spent his working life outside his native Spain. So spending his coaching career in a traditionally working-class outpost of England has proved a steep learning curve.

“The most difficult moment for me was when I arrived here, but (Gibson) was the first one who transmitted his confidence. I don’t need to feel that every day,” he said.

“You can feel the spirit of the team and it is just trying to recover their confidence and to show them that they are able to do a lot of good things.”

Middlesbrough hosts Manchester City in the FA Cup quarter-finals on Saturday before returning to league duty the following weekend against Manchester United.