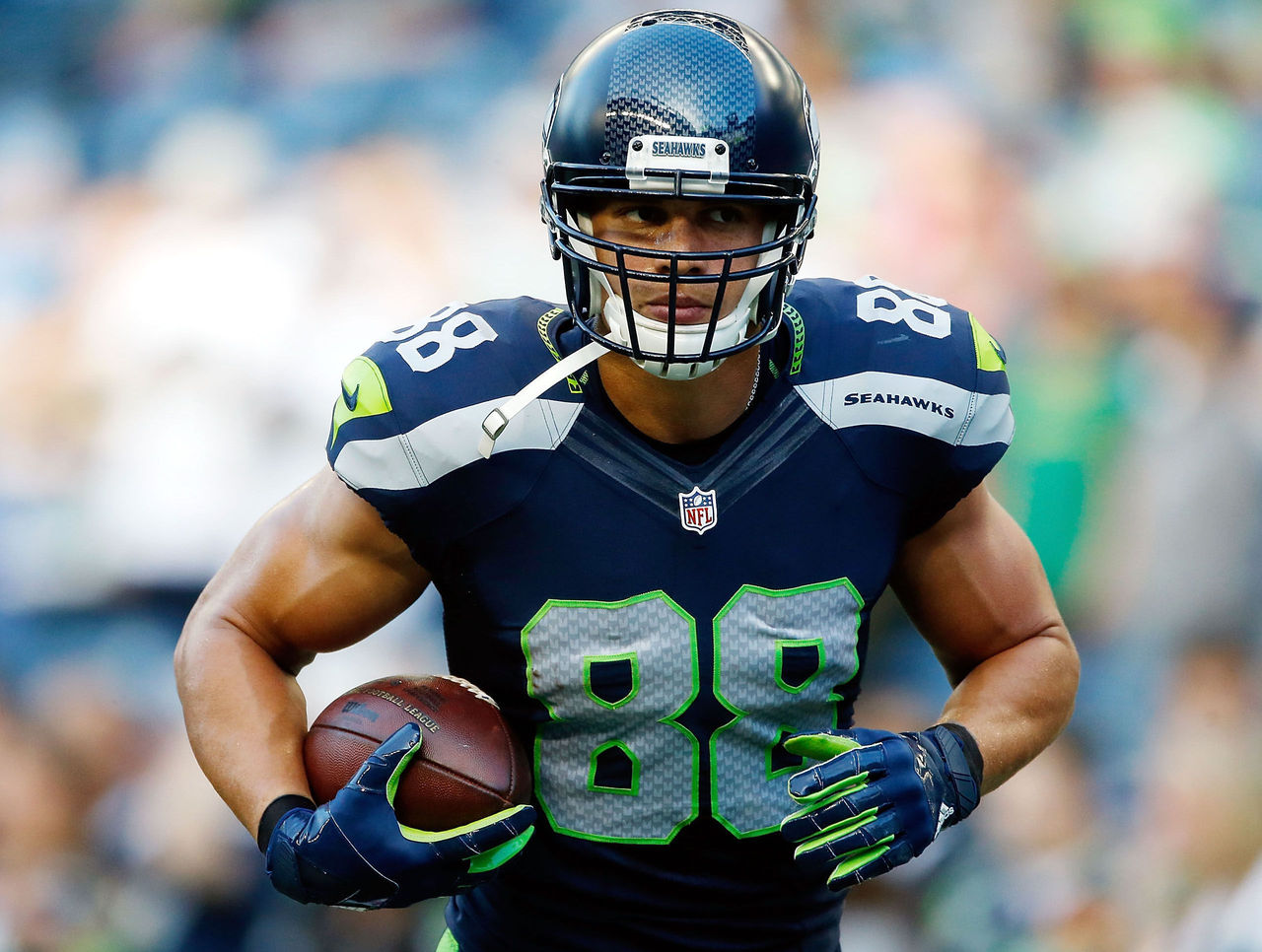 RENTON, Wash. – Jimmy Graham is headed back to New Orleans this week for the first time since his surprising trade from the Saints to the Seattle Seahawks during the 2015 offseason.

He’s just not talking about the return.

”I talked to Jimmy about it, you know, just to see how worked up he is about it,” Seattle coach Pete Carroll said. ”Sometimes it’s a big deal to a guy, sometimes it isn’t. He’s very centered about and focused on what we’re doing. I’m not worried about it, at all.”

Graham was scheduled to speak with the media on Friday prior to the Seahawks’ departure for New Orleans but he was not made available. His return to New Orleans is a big deal, going back to the place where he became one of the top pass-catching tight ends in the NFL before being traded.

It’s a trade that on Seattle’s end is hard to analyze at this point with Graham missing the final month of last season after suffering a torn patellar tendon in his knee and spending the first couple weeks of this season trying to regain his form. In the past month, Graham has started to show flashes of the impact he can make in the middle of the field, the way he did when he was playing in New Orleans.

Graham has 27 receptions this season, 23 of those coming in the past four games.

”Obviously, Jimmy has fantastic ability and we’re going to have to be on top of what we want to do defensively against their offense,” New Orleans coach Sean Payton said. ”There are a number of things that concern you. The receiving core is dangerous, obviously the quarterback is someone that can hurt you in the pocket and out of the pocket. Jimmy would certainly be part of the plan.”

Payton was the one who took a chance by drafting Graham in the third round in 2010 after he’d played only one year of football at Miami following four years as a college basketball player. Graham quietly developed through the first half of his rookie season in 2010 then in second half of that year began to show signs of greatness.

Graham fully broke out in 2011 when he caught a career-high 99 passes for 1,310 yards and 11 touchdowns. During his five seasons in New Orleans, Graham caught 386 passes and had 51 touchdowns.

Which is why the trade that sent him to Seattle was so surprising. To everyone.

”It was surprising to a lot of people. None of us expected it or saw it coming,” New Orleans quarterback Drew Brees said. ”But again it happened a while ago and it’s current now because Jimmy is coming to town for the first time. But again every guy in this locker room loved playing with Jimmy Graham and still love Jimmy Graham, but he’s a Seattle Seahawk this week.”

Graham had his contentious moments in New Orleans, most notably during a contract dispute in the 2014 offseason when the Saints put the franchise tag on Graham and he responded by claiming he should be considered a wide receiver. The sides eventually settled on a long-term contract that was passed on to Seattle and expires after the 2017 season.

”It’s going to be weird,” Brees said. ”Obviously we had a lot of good years here with Jimmy, hated to see him go. We were close and he was close with a lot of guys and we all loved Jimmy and we understand things like that happen in this league. I’m sure he’s going to be pretty amped up to be back, but I know our fan base loved him and loved what he did for New Orleans and did for our team. There is a lot of love there.”