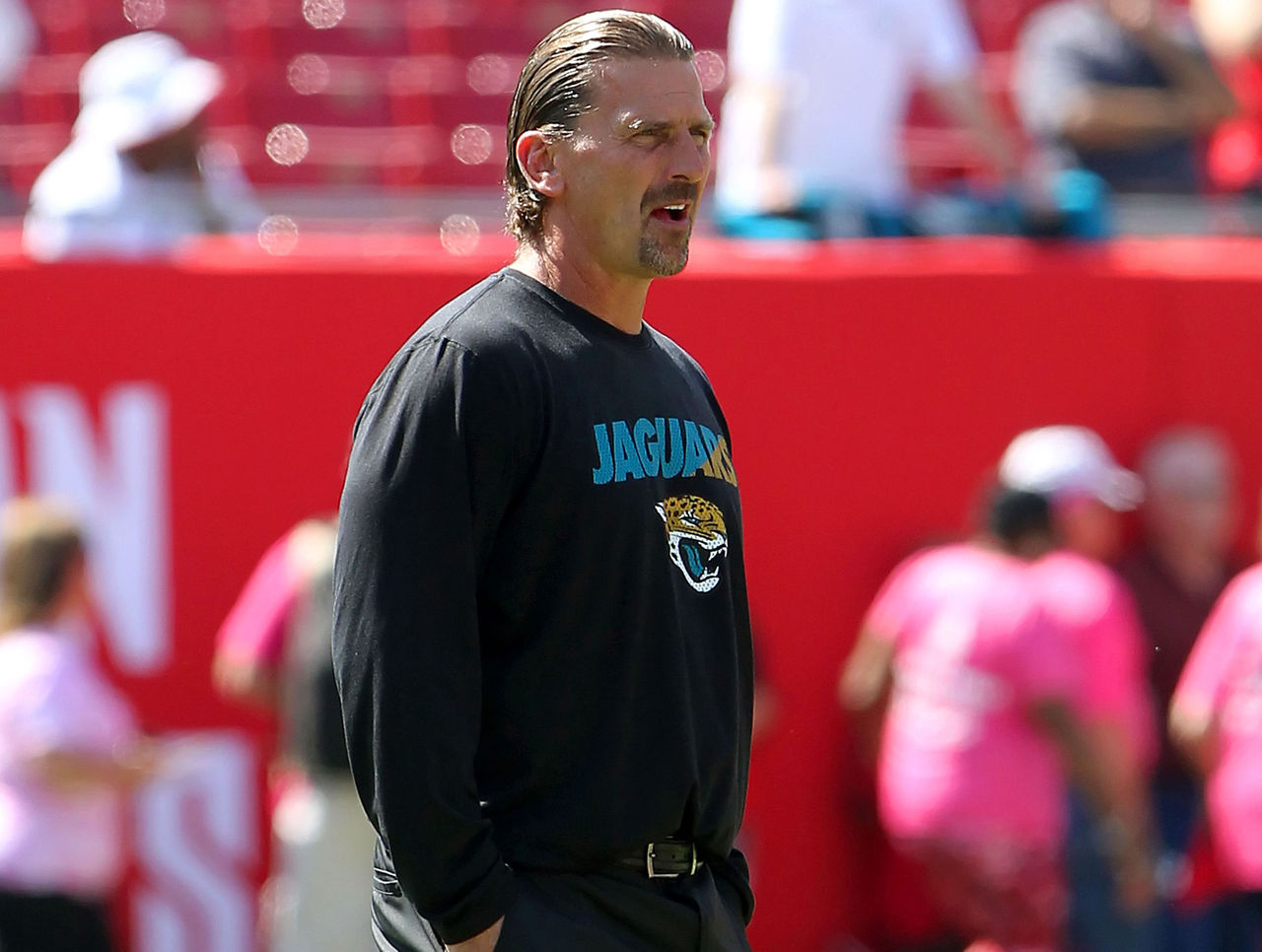 Changes are underway in Jacksonville.

After a disappointing 2-5 start to the season, where the team failed to make use of its young talent and take the expected step toward playoff contention, the Jaguars have fired offensive coordinator Greg Olson.

Quarterbacks coach Nathaniel Hackett will be promoted to the coordinator position in a corresponding move, head coach Gus Bradley announced.

Though it was only a matter of time before the continued struggles resulted in jobs being put on the line, Olson was pushed out the door just two days after Bradley indicated that he didn’t expect any such adjustments to his staff.

Whether the surprise move comes after a change of heart from Bradley, or at the behest of upper management, the Jaguars certainly appear to be placing blame at a time where the issues are widespread.

The leading factor contributing to Jacksonville’s 25th-ranked offense is, of course, the clear regression from quarterback Blake Bortles after a promising first two seasons.

Hackett stepping in as the primary play-caller could conceivably result in an improved philosophy, particularly as it pertains to the unit’s run-pass ratio, but Bortles’ issues appear to be as deeply rooted as the most basic of quarterback mechanics.

Jacksonville will have an extended week of preparation following Thursday’s loss to the Tennessee Titans before their offense has a chance to set out in the right direction in Week 9 against the Kansas City Chiefs.