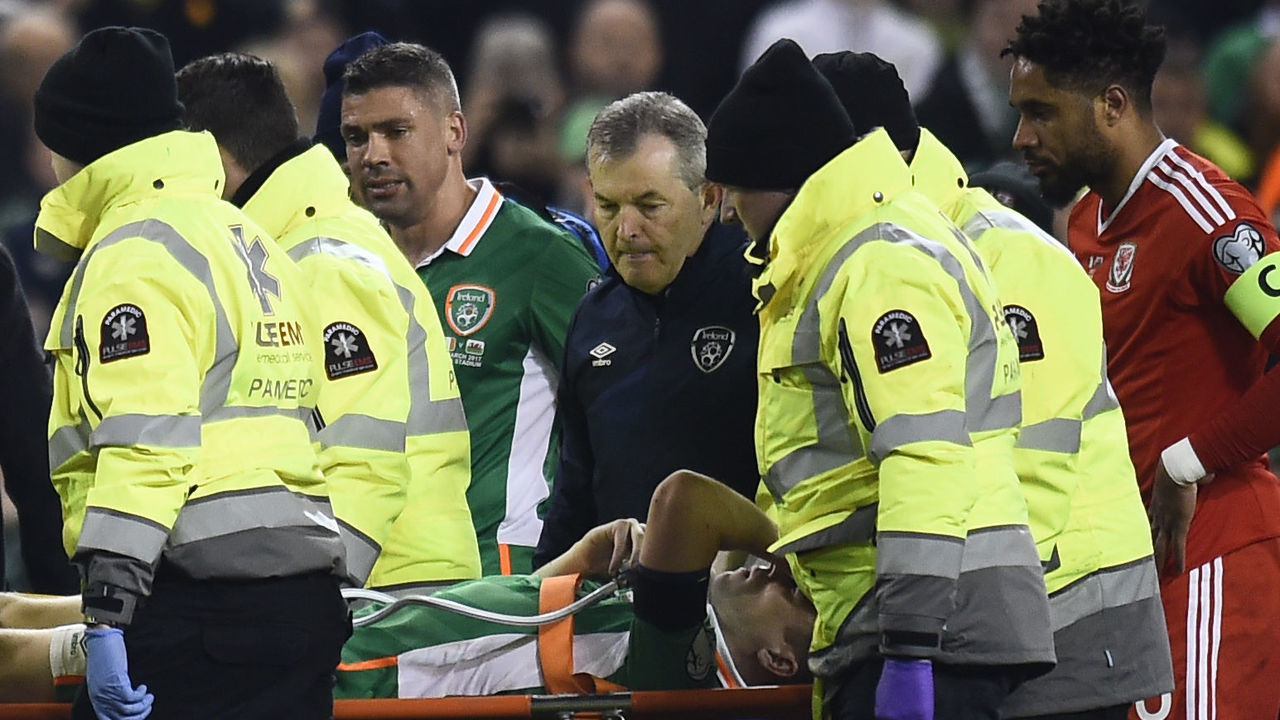 Seamus Coleman underwent surgery Saturday morning to repair the fractured tibia and fibula bones in his right leg, the Republic of Ireland confirmed.

The Everton defender suffered the injury during a goalless draw with Wales, when he was the recipient of a reckless challenge from Neil Taylor.

Ireland manager Martin O’Neil lamented Coleman’s loss at both domestic and international levels, but expects the 28-year-old to rediscover his impressive form when he recovers.

“Seamus suffered a serious leg injury and has undergone surgery. He has had an exceptional season with both club and country, and he will be a big loss,” said O’Neill.

“But Seamus is so mentally strong that when he has fully recovered he will be as brilliant as before.”

The statement also revealed that John O’Shea, James McCarthy, Glenn Whelan, and Jonathan Walters have left the squad to rejoin their respective Premier League teams ahead of Ireland’s friendly against Iceland on March 28.