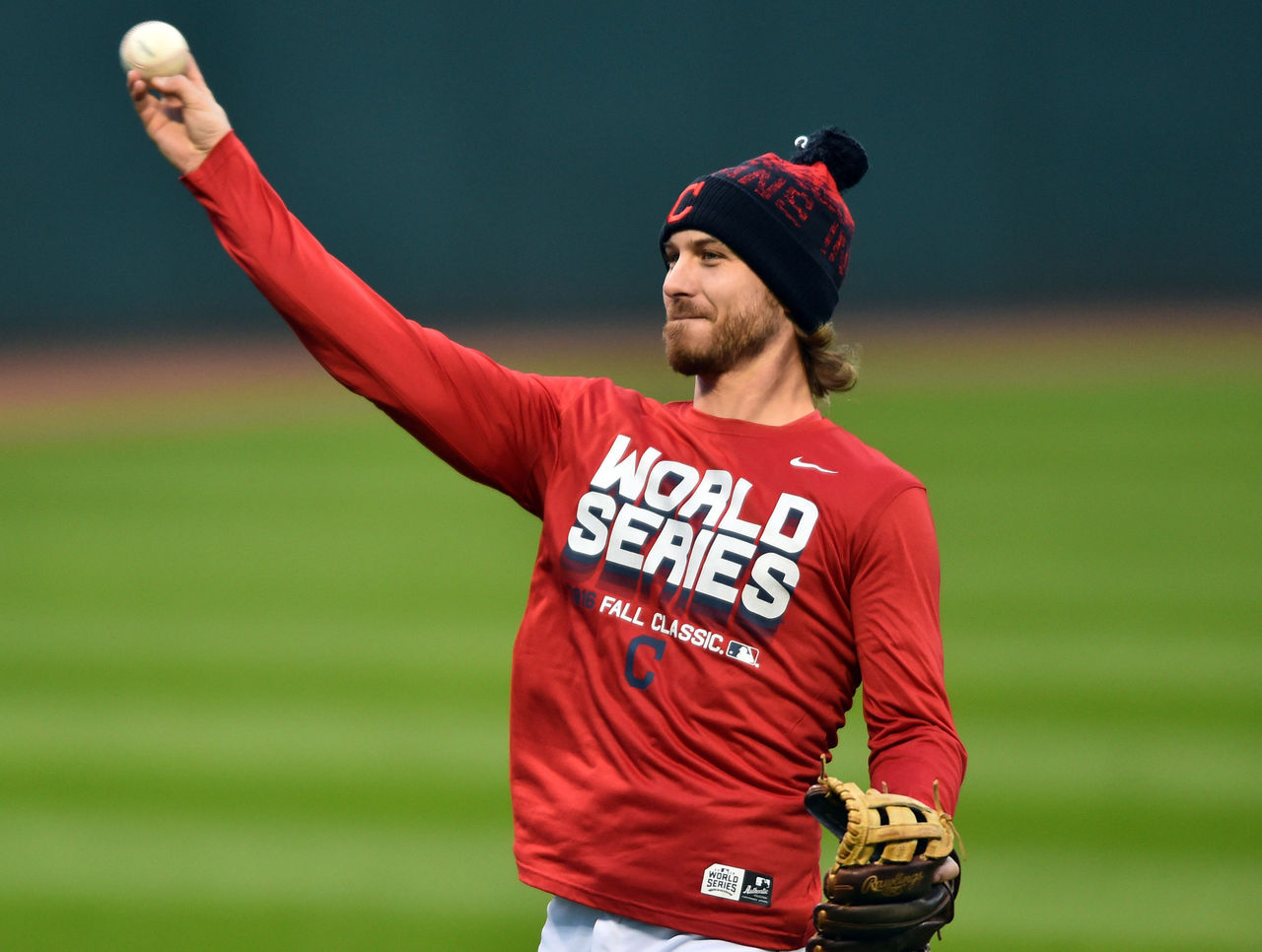 CLEVELAND – While his dad sat on a bucket in their backyard catching, little Josh Tomlin pretended he was pitching in the World Series.

He’s about to do it for real.

And his dad, Jerry, recently paralyzed from the chest down following a medical scare that threatened his life, will be there in Chicago watching.

”It will mean everything,” said Tomlin, who will start Game 3 at Wrigley Field. ”We’ve talked about this, shoot, since I was 3 or 4 years old. I can remember having conversations with him – Bases loaded, full count, bottom of the ninth, so and so is up to bat. What are you going to throw him?”

”Let’s go fastball,” Tomlin said, ”and I’d throw a fastball and on strike three we’d jump up and throw our gloves and stuff like that. It was cool to be able to look back and think, man, I was doing that when I was 4 years old and now I’m actually going to live it and he’s actually going to get to see it.

”That’s pretty special to me and something I’ll never forget for the rest of my life.”

In August, Jerry was working at a power plant in Whitehouse, Texas, when he fell ill, his stomach tied in knots. With the pain worsening, he was taken to a hospital where doctors initially thought the problem was being caused by his gall bladder.

That’s when things took a critical turn as Tomlin’s body went numb. He underwent an MRI and numerous tests, and the 57-year-old was rushed into surgery after he was diagnosed with arteriovenous malfunction, a condition that affects blood circulation near the spine.

The procedure saved Jerry’s life, but it has left him in a wheelchair with a long, difficult road to recovery ahead. It’s not known if he’ll walk again.

After spending nearly two months in a rehab facility in Dallas, he was released last week – on Josh’s 32nd birthday. Jerry watched from his living room as the Indians clinched their first AL pennant since 2007.

Jerry Tomlin will be there again when his son pitches on baseball’s biggest stage, the one they played on before.