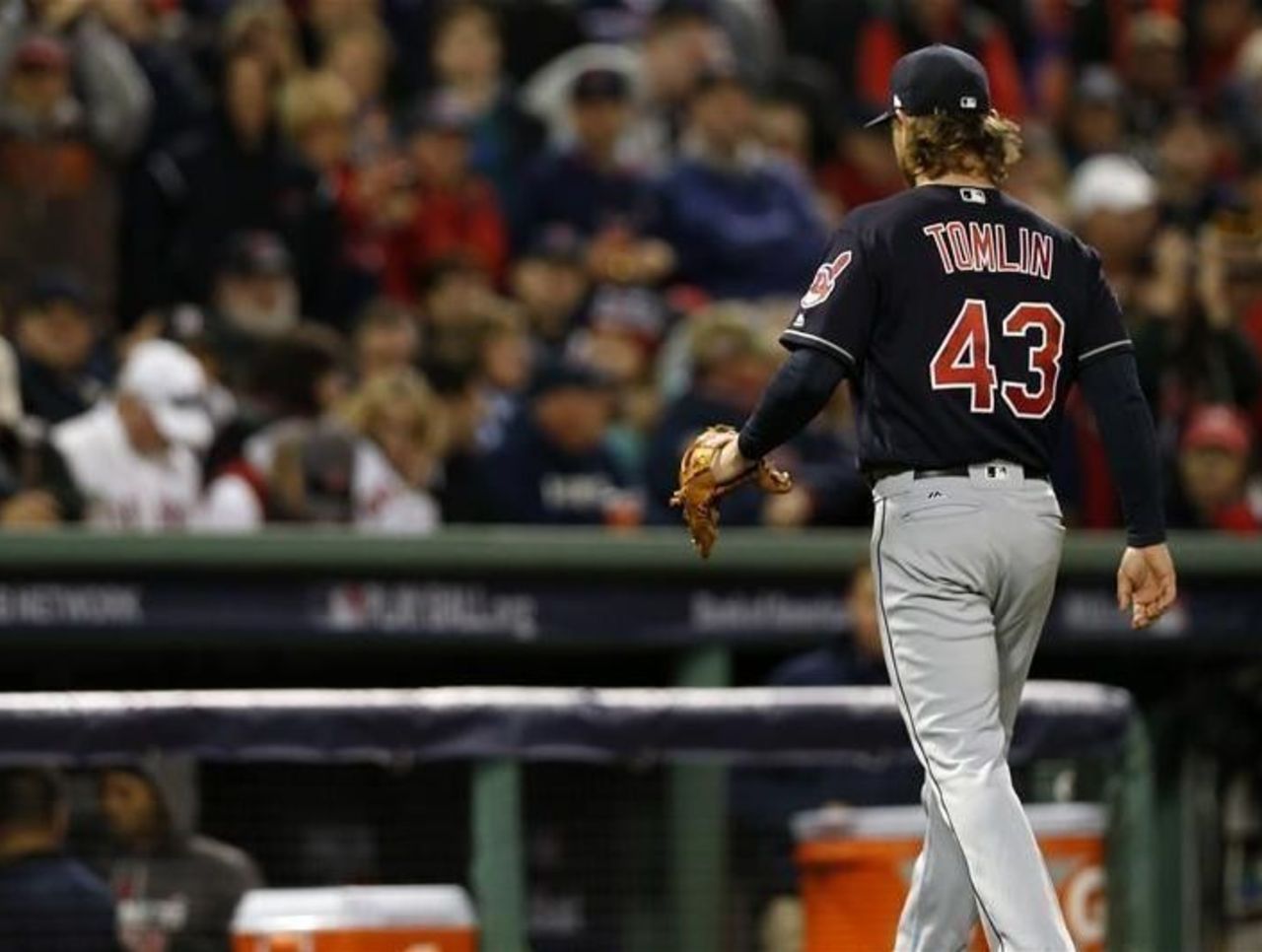 Tasked to help the Cleveland Indians’ complete their sweep of the Boston Red Sox in the American League Division Series, Josh Tomlin took the mound at Fenway Park on Monday night and he couldn’t believe what he was hearing.

In the world of Ortiz, Pedroia, Betts, and Ramirez, the crowd at Fenway was on its feet chanting “Tom-lin, Tom-lin!” in an attempt to derail the hurler and save Boston’s season.

“I was surprised there were that many people that knew my name, to be honest with you,” Tomlin said, laughing, according to MLB.com’s Jordan Bastian.

The crowd’s mission was unsuccessful – Tomlin threw five strong innings and turned the game over to Terry Francona’s bullpen to seal the 4-3 victory in the decisive Game 3, sweeping Boston in front of the home crowd.

“It was hard for me to hear anything for the first couple innings,” Tomlin said. “Once they started chanting my name, it kind of became real. I knew where I was at. After that, it was kind of settle in, try to check your emotions a little bit and understand what’s at stake.”

Tomlin ran into the Indians’ president of baseball operations Chris Antonetti in the clubhouse when he left the game in the sixth. When asked, he told Antonetti it was “the coolest moment” of his life.