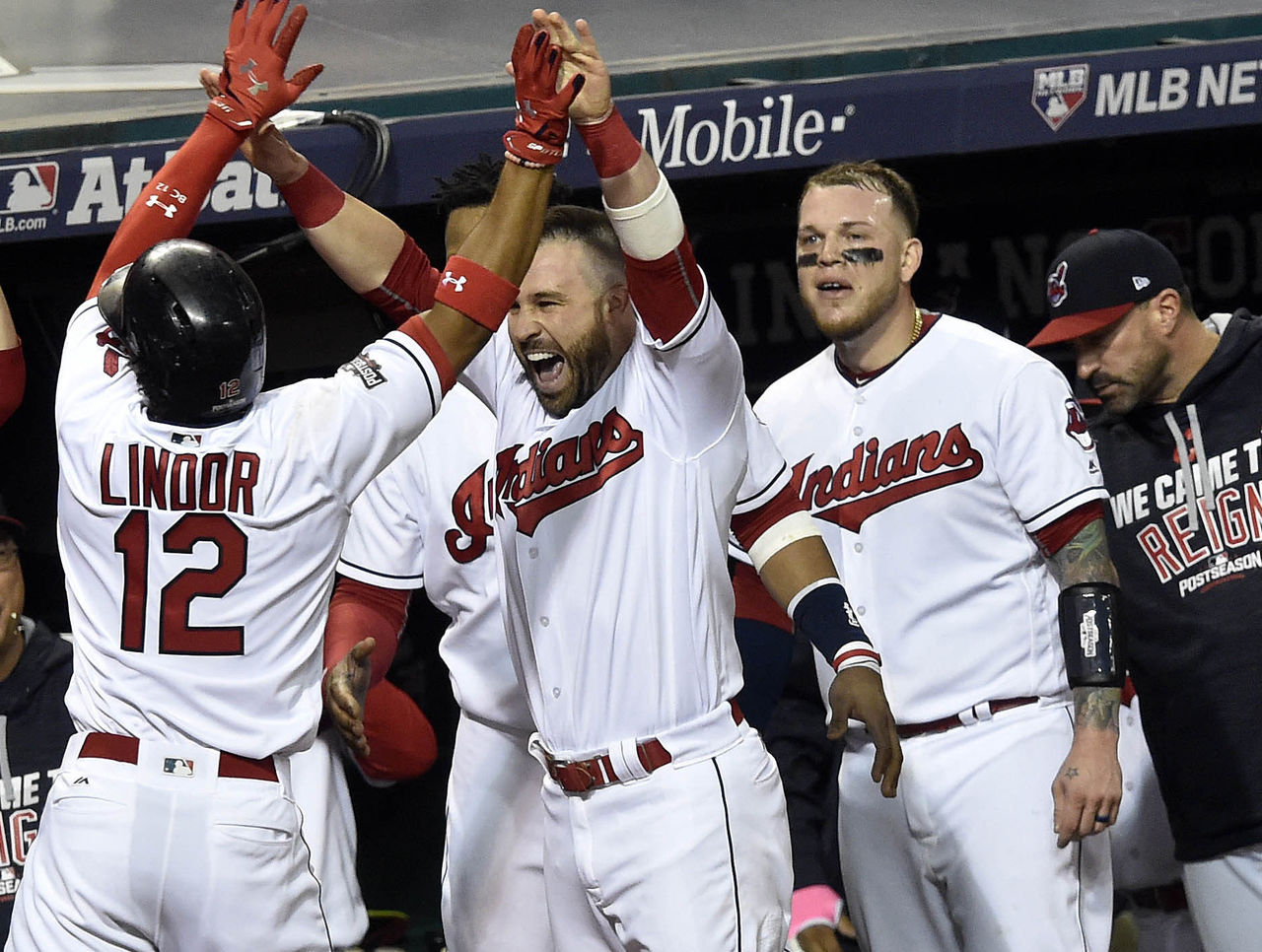 The Cleveland Indians are digging home-field advantage in their ALDS opener against the Boston Red Sox.

Down 2-1 to begin the third, and on the heels of Andrew Benintendi’s historic home run, the Indians answered with three long balls of their own off Cy Young candidate Rick Porcello, sending Progressive Field into a frenzy and taking an early 4-2 lead.

Catcher Roberto Perez started the offensive barrage with a solo shot to right, followed by a Carlos Santana groundout and back-to-back homers from Jason Kipnis and Francisco Lindor. The Indians’ three-homer inning was their first in the playoffs since Game 3 of the 1998 ALCS (Jim Thome, Mark Whitten, and Manny Ramirez), while Perez became the first Indians player to hit a home run in his first career playoff plate appearance.

The big inning was somewhat stunning given the success enjoyed by Porcello, the Red Sox ace and 22-game winner this season. He entered the start with a 2.84 ERA across 12 career starts in Cleveland, but hadn’t pitched at Progressive this year.

The Indians nearly hit two more homers in the inning when Mike Napoli drilled a foul ball out of the park and Jackie Bradley Jr. robbed Jose Ramirez with a wall-crashing catch.