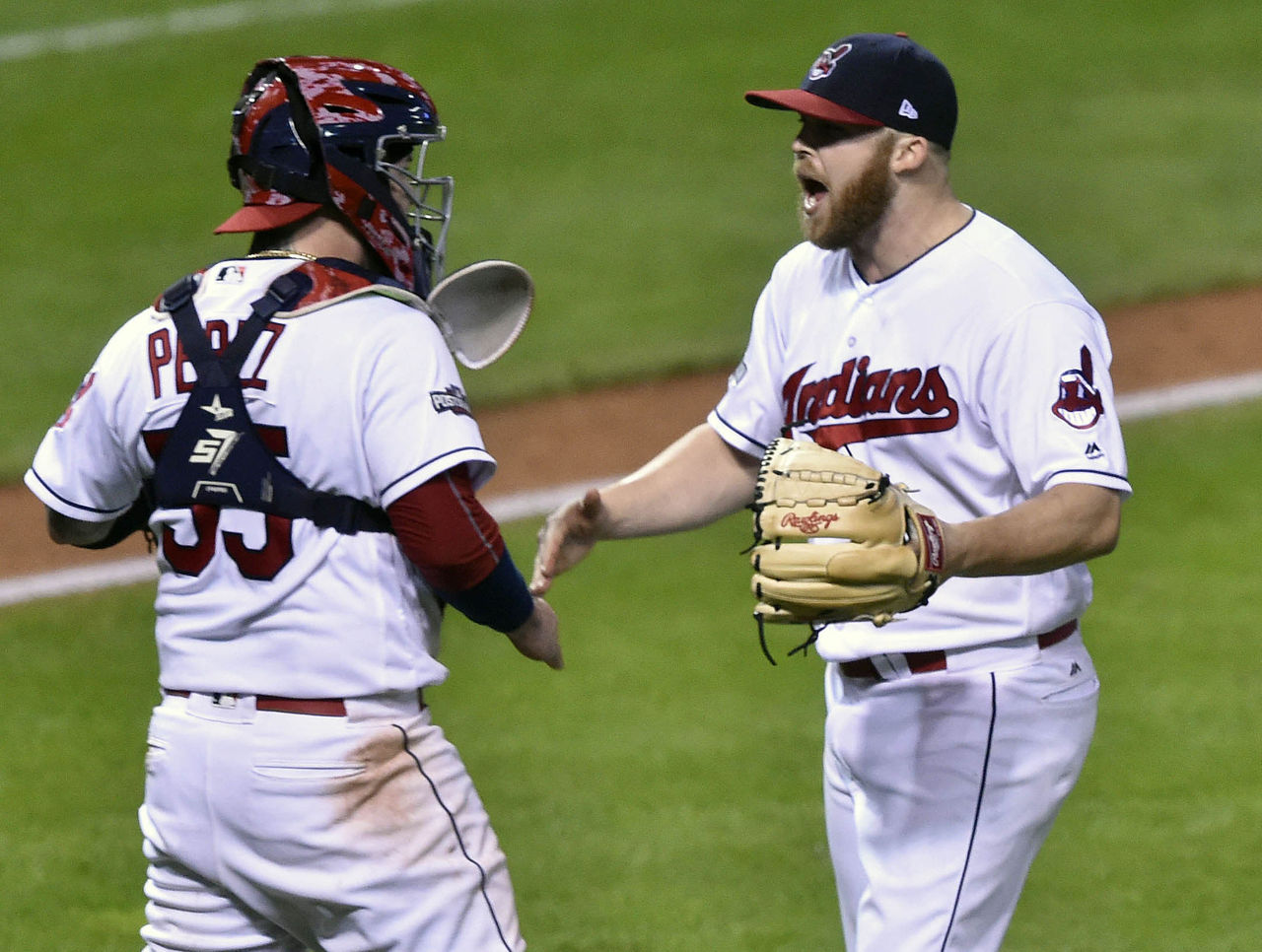 Back in October’s spotlight, the Cleveland Indians rocked Rick Porcello for three long balls in the third inning in their AL Division Series opener. Francisco Lindor’s homer capped the rampage off the 22-game winner, and the Indians held on to beat the Boston Red Sox 5-4 Thursday night.

Lindor, Jason Kipnis and Robert Perez went deep in the third off Porcello, who lasted 4 1/3 innings in his shortest outing this year.

“We were up in the strike zone and they made us pay for it,” Red Sox manager John Farrell said.

Before a sea of red-towel waving, screaming fans, the Indians got a jump in the best-of-5 series against David Ortiz and the AL East champions.

Andrew Miller, acquired by Cleveland in a July trade for an October night like this, pitched two scoreless innings for the win. Summoned by manager Terry Francona earlier than usual, the lefty struck out Ortiz with two on to end the fifth and threw a season-high 40 pitches.

Bryan Shaw gave up a leadoff homer to Boston’s Brock Holt in the eighth that made it 5-4 before Cody Allen struck out Xander Bogaerts with the potential tying run at third to end the inning. Boston put a runner on with two outs in the ninth but Allen fanned Dustin Pedroia on a full-count checked-swing, his 40th pitch, for the save. Pedroia was livid, and Farrell went onto the field to question plate umpire Brian Knight.

Pedroia fired his helmet in disgust on his way into the dugout.

“In real time, it’s a borderline call,” Farrell said. “Looking at it later, he swung.”

Ortiz went 1 for 4 with a double in the first game of his final postseason.

Sandy Leon’s homer pulled the Red Sox to 4-3 in the fifth. Francona, who won two World Series with the Red Sox before coming to Cleveland, pulled starter Trevor Bauer for Miller, who hadn’t come in earlier than the sixth all season.

Miller gave up a double and walk before getting Ortiz to swing at a low third strike.

Francona extended both Miller and Allen knowing the importance of winning the opener.

“We wanted to win the game tonight and we did,” he said. “Tomorrow might be a little bit different design.”