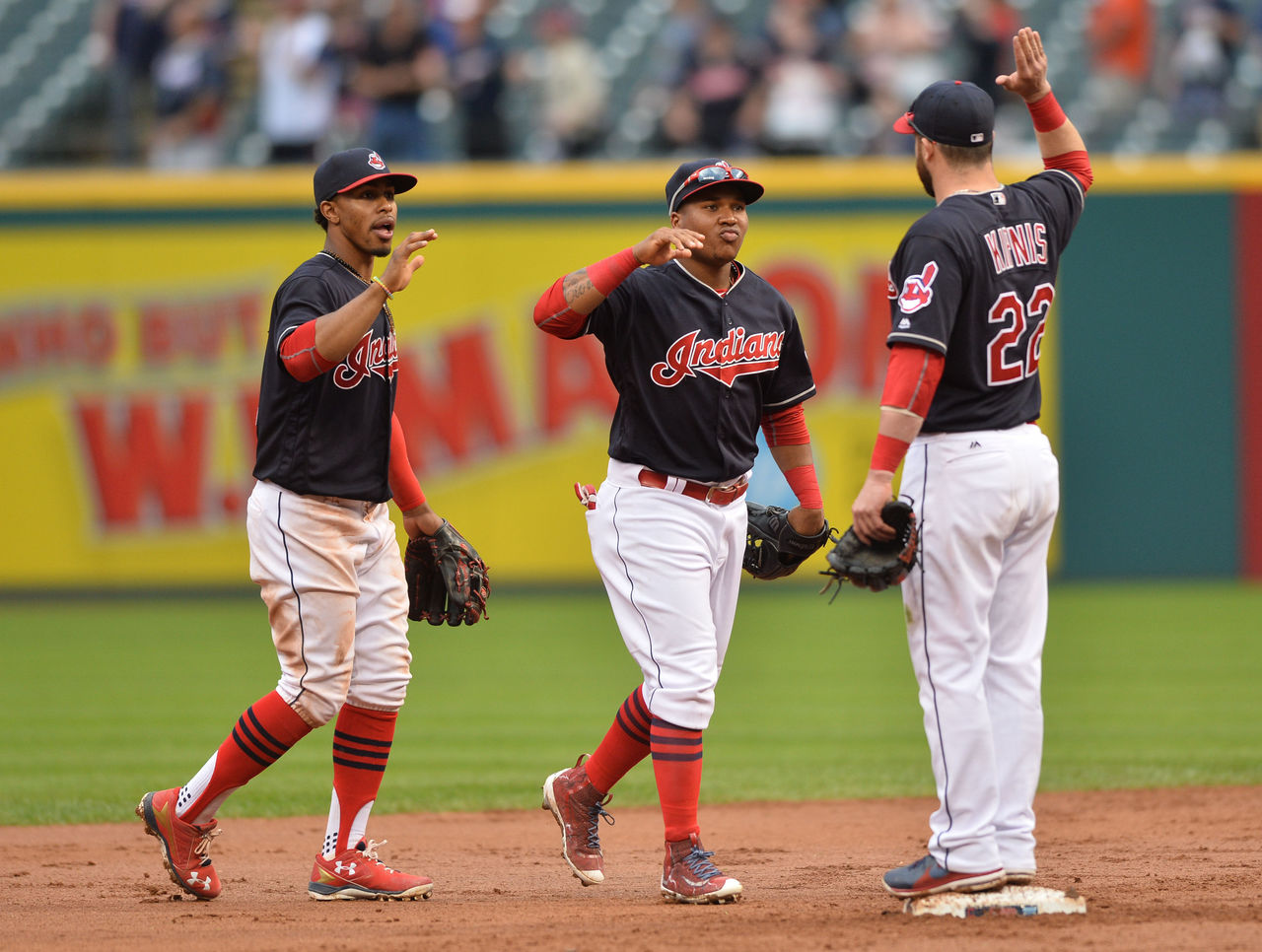 It seems six-year-old Brody Chernoff got the player wrong, or at least that’s what his dad is telling people.

The son of Cleveland Indians general manager Mike Chernoff appeared to break the news Saturday that his dad was negotiating a seven-year extension with shortstop Francisco Lindor, when he blurted it out on radio while sitting in on a spring training broadcast.

“Has dad had any phone calls lately, who is he trying to get? He won’t tell us, can you?” Indians broadcaster Tom Hamilton asked.

Chernoff saw the humor in it, but said his son was mistaken. It was Jose Ramirez who was getting the extension, not Lindor.

“Brody overheard my phone call about Jose Ramirez finalizing a deal that could keep him here for seven years,” Chernoff told Paul Hoynes of the Plain Dealer. “It was pretty funny. You gotta love kids.”

It was reported Friday that the Indians and Ramirez were finalizing a four-year extension worth a guaranteed $26 million.