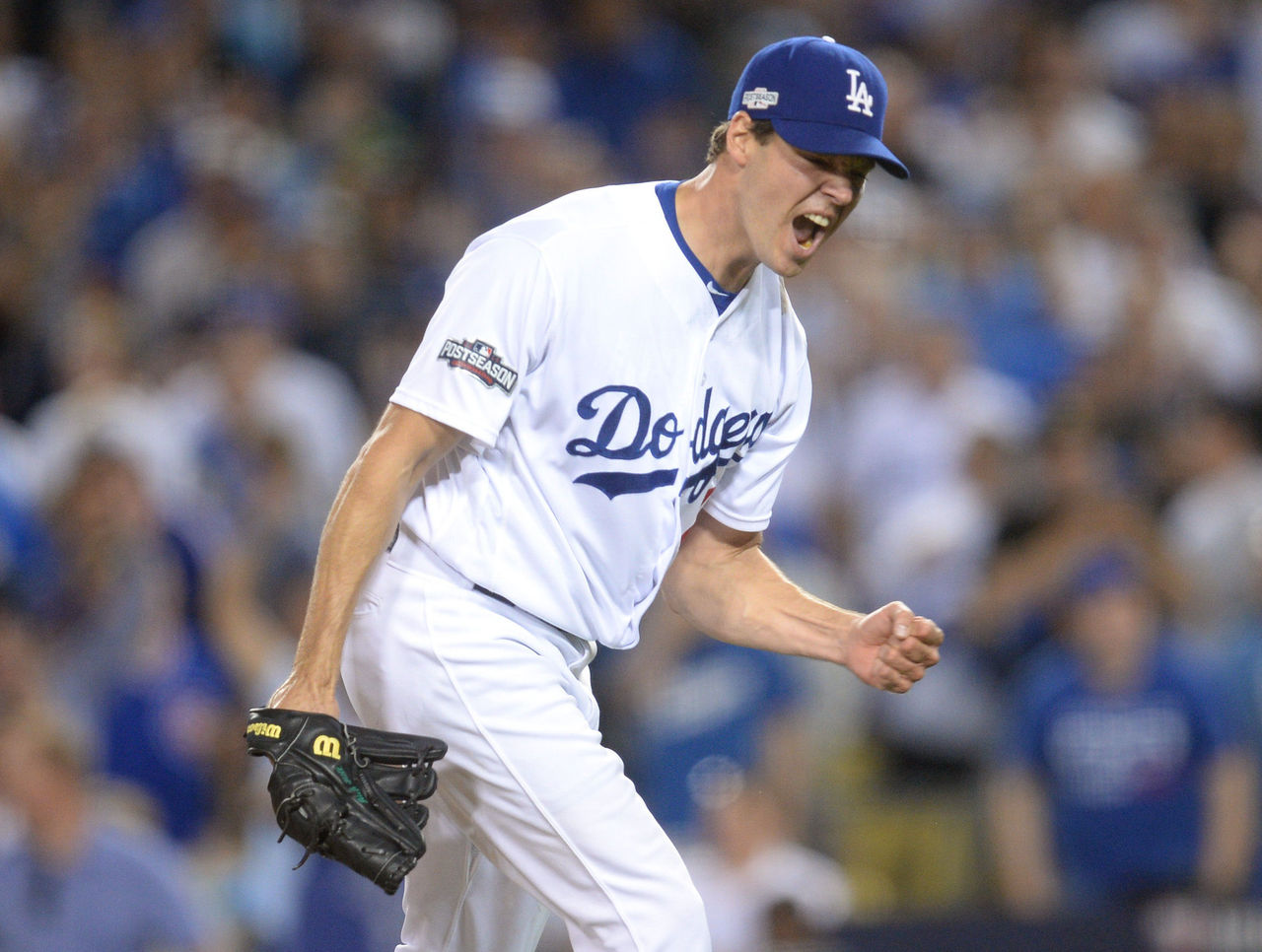 ”I knew there was going to be an opportunity to get back to the big leagues as long as I stayed healthy and I felt strong,” he said. ”Just perseverance. That’s it. Just continue to keep pushing through no matter what, even if you feel like you’re almost ready to give up. You never know, that next door you open might be the one that makes the difference.”

After winning a big league high 103 games during the regular season and sparking belief they could win the World Series for the first time since 1908, the Cubs have been shut out in consecutive games for the first time this year, managing just six hits – five of them singles.

”More than anything, I think we need to get a couple runs and hits and runs early to try to get that kind of feeling back,” Cubs manager Joe Maddon said, ”because, obviously, when you’re not scoring any runs, it makes it even more difficult in the dugout.”

“It was the biggest game of my career,” Hill said.

Hill was acquired from Oakland along with Josh Reddick at the Aug. 1 trade deadline. The 36-year-old left-hander struggled with a blister on the middle finger of his pitching hand that landed him on the disabled list from mid-July to late August. The blister still bothered him in the final weeks of the regular season, and Dodgers manager Dave Roberts pulled him after seven perfect innings against Miami on Sept. 11.

”Changing speeds, pitching off the breaking ball, mixing in the fastball, yeah, he kept them off balance all night,” Roberts said.