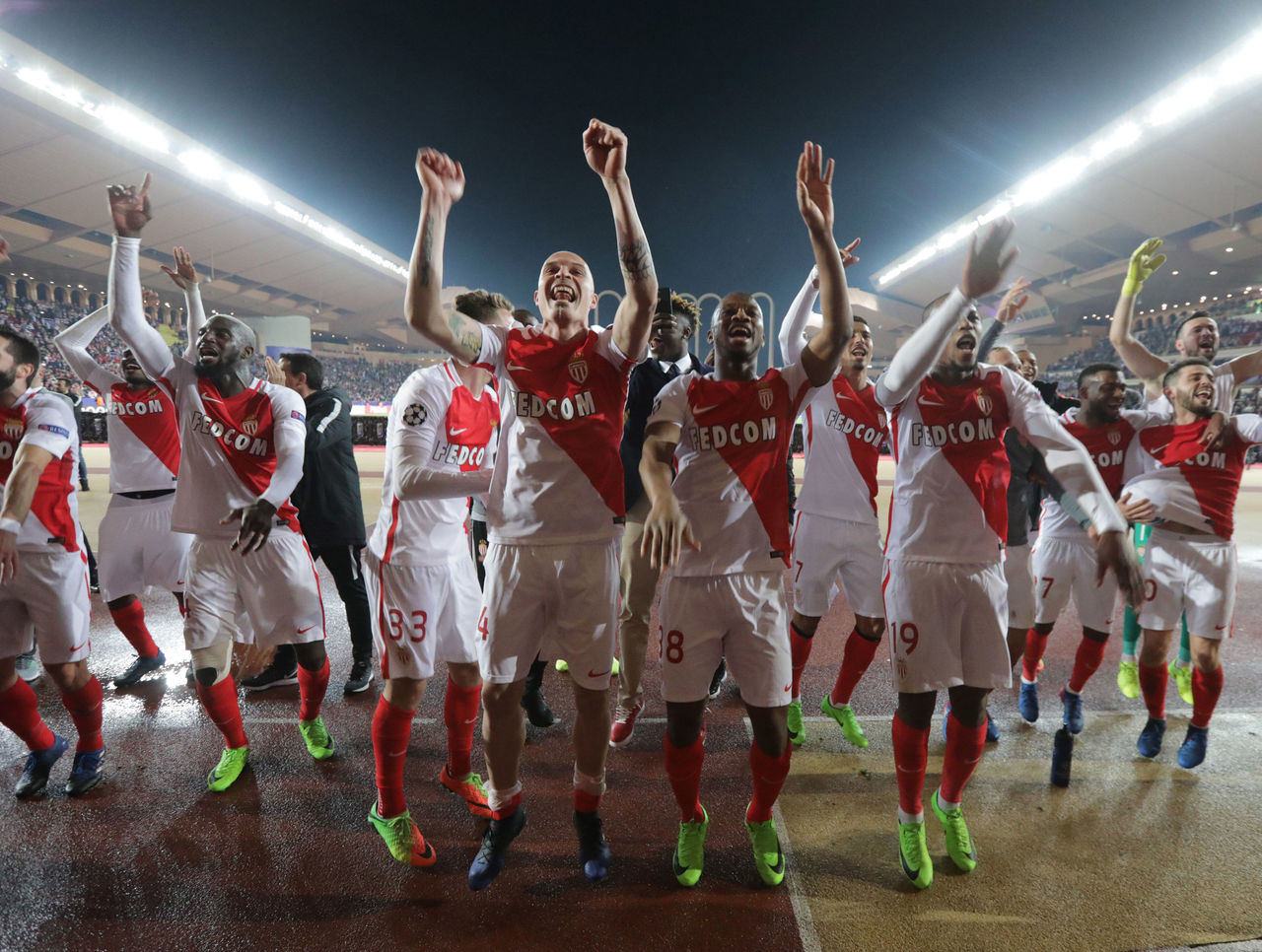 Trailing 5-3 from the first leg in England, teenage starlet Kylian Mbappe put Monaco ahead on the night after just eight minutes at the Stade Louis II and Brazilian midfielder Fabinho converted the home side’s second just before the half hour.

“It’s an immense joy to score in the Champions League. I didn’t expect this,” said Bakayoko.

“Over two games we deserved to qualify. Now we want to keep going.”

The French league leader suffered a blow before kick-off as Radamel Falcao, who scored twice in the first leg, failed to recover from a hip injury in time and was replaced by the versatile Valere Germain.

Jemerson returned in place of the suspended Kamil Glik in defence, while Guardiola, who took charge of his 100th game in Europe, made two changes with Gael Clichy and Aleksandar Kolarov given the nod ahead of Nicolas Otamendi and Yaya Toure.

Coach Leonardo Jardim had challenged Monaco to draw inspiration from the side which dumped out Real Madrid en route to the 2004 final, recovering from a 4-2 defeat in the first leg of that year’s quarter-finals before knocking the Spanish giant out on away goals.

And the host was inspired by 18-year-old Mbappe, who has emerged as one of Europe’s most promising talents amid Monaco’s thrilling pursuit of the French title this season.

City recovered from twice falling behind in the first leg, but the opening goal emboldened Monaco as Germain unleashed a searing strike from distance that zipped not too far over.

Guardiola had emphasised the best form of defence would be attack for City, yet the visitor struggled to settle and Monaco grabbed a second goal in not dissimilar fashion on 29 minutes.

Lemar fed the ball into the overlapping run of Benjamin Mendy, a reported target of City’s this summer, and the left-back picked out Fabinho to side-foot beyond Caballero.

Mbappe’s electrifying pace posed a constant threat for City, but the Premier League side gradually began to pose Monaco problems as well although Raheem Sterling’s hesitancy allowed the host side to clear as the England winger looked to tee up Sergio Aguero.

The Argentine striker then skied over from close range after Sane skipped past Andrea Raggi down the the left-hand flank, before Danijel Subasic thrust himself superbly in the way after Aguero was picked out by David Silva inside the area.

Sane broke in behind the Monaco backline once more but steered his effort the wrong side of the near post with Subasic charging off his line, but City finally broke through with 19 minutes left.

Sterling broke in from the right and his low shot was palmed away by Subasic, but Sane reacted quickest to thump the rebound into the roof of the net and change the complexion of the tie.

However that merely drew an immediate response from Monaco as Lemar whipped in a devilish free-kick that Bakayoko expertly planted into the far corner to consign Guardiola to a first-ever last 16 European exit.