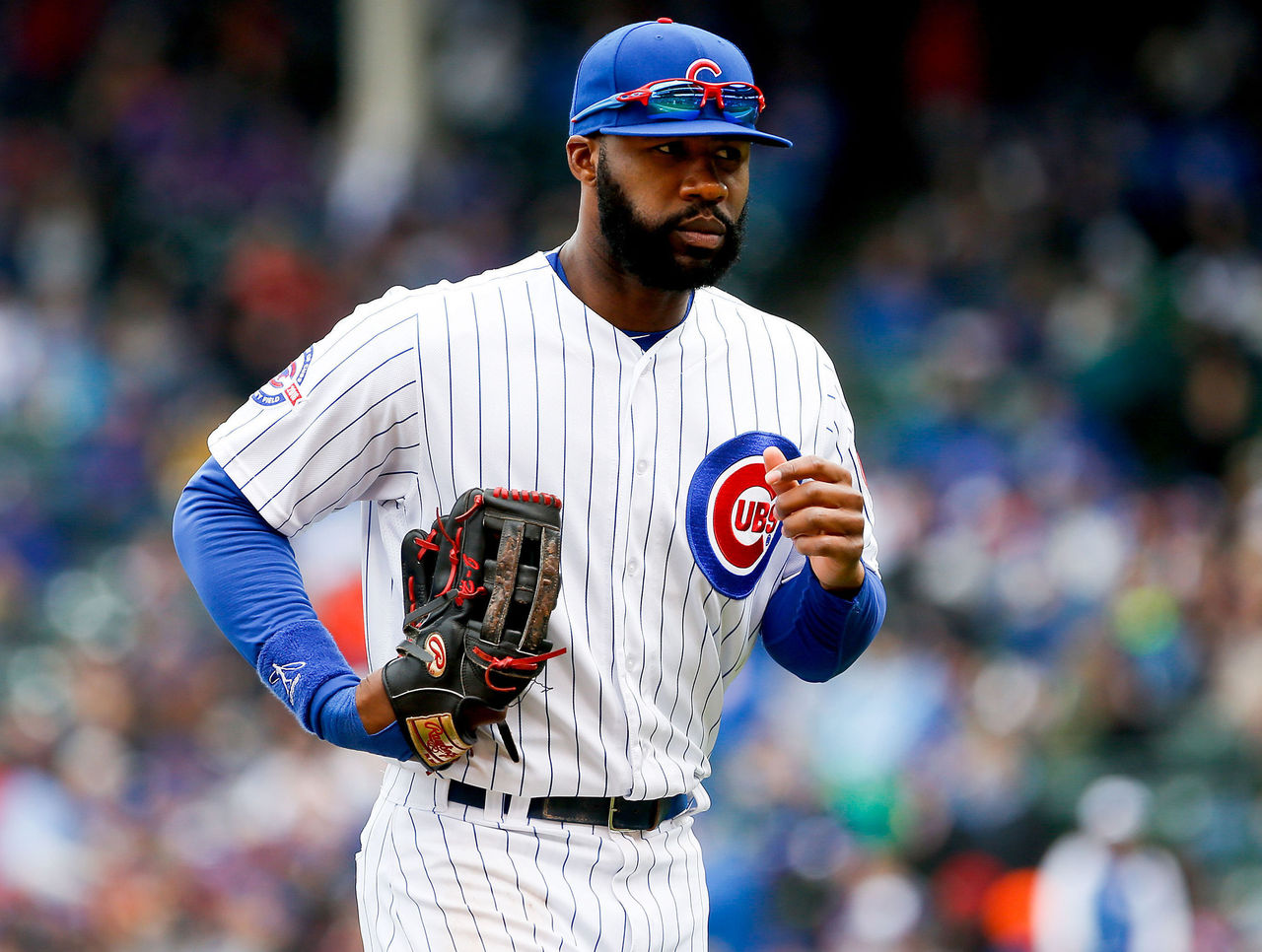 Looking to even the World Series at two games apiece, Chicago Cubs manager Joe Maddon has penciled Jason Heyward into the lineup for Game 4 at Wrigley Field on Saturday, giving the scuffling outfielder his first start since Game 5 of the National League Championship Series.

Heyward, who signed a $184-million contract with the Cubs last winter, is just 2-for-31 (.065) with nine strikeouts this postseason, and has gone hitless in three plate appearances since being relegated to the bench for Game 6 of the NLCS.

Maddon also tinkered with the batting order for Game 4, moving shortstop Addison Russell up to the No. 6 spot while bumping second baseman Javier Baez – 2-for-16 (.125) in his last four games – down to the eight hole.

John Lackey, the 38-year-old right-hander who owns a 5.63 ERA in two starts this postseason, will get the ball for Chicago, making his first World Series start since 2013.

Napoli, who went hitless in Friday’s 1-0 win, had started every postseason game prior to Saturday, going 7-for-38 (.184) with one homer, three doubles, and 15 strikeouts.

Corey Kluber, who owns a 0.74 ERA this postseason, will take the mound three days after limiting the Cubs to four hits over six scoreless innings in the series opener. When Kluber last pitched on short rest, in Game 4 of the American League Championship Series, the former Cy Young award winner allowed a pair of runs on four hits and two walks over five inning in a 5-1 loss to the Toronto Blue Jays.