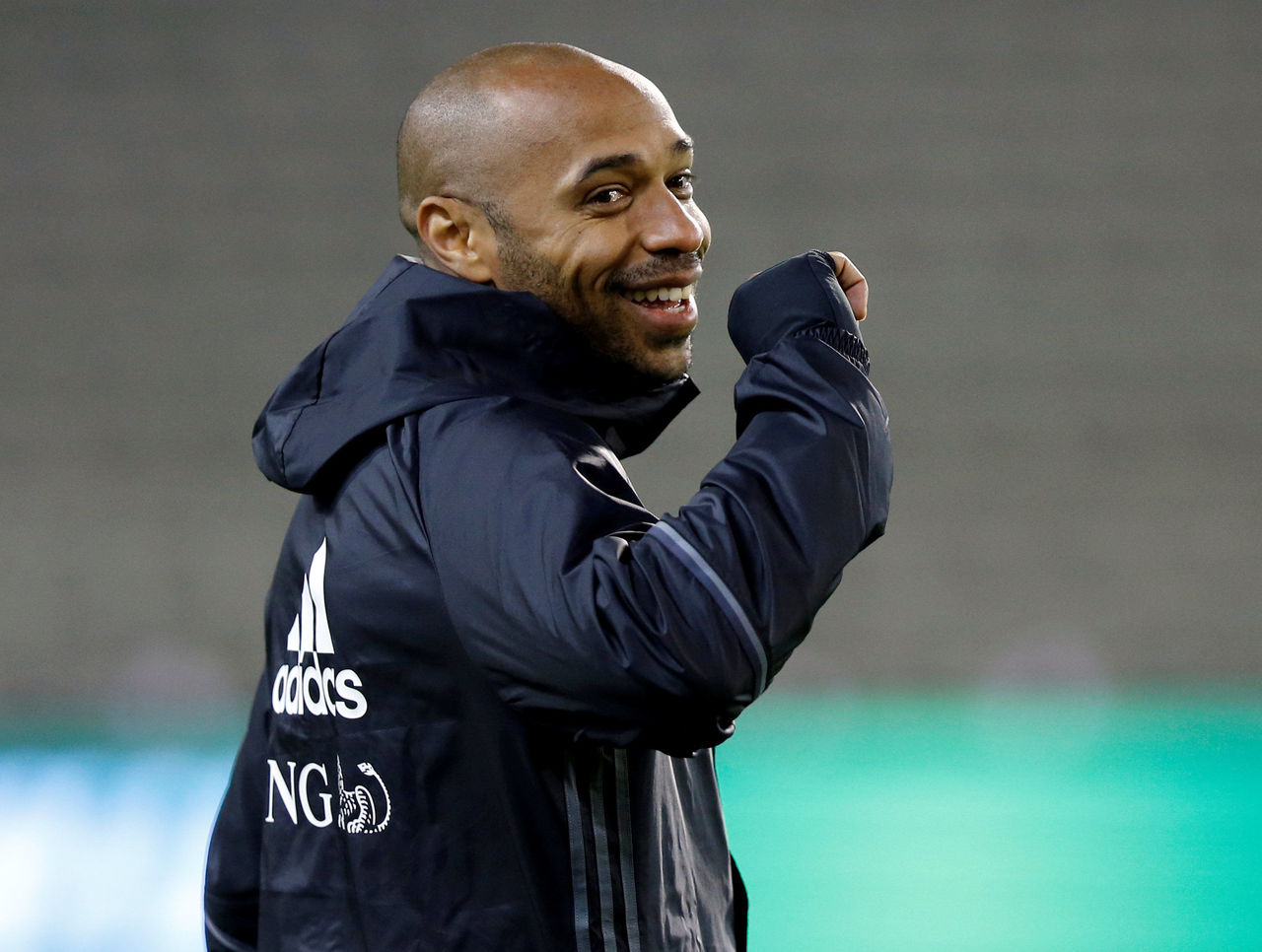 Thierry Henry is one of the five figures of Arsenal’s history immortalised in bronze statues outside the Emirates Stadium, but he’s unsure whether he’ll risk sullying his reputation in taking the tough job of succeeding Arsene Wenger.

The Gunners’ stubborn French tactician has been subject to protests from some sections of the club’s fan base as a spot in the top four is at risk of drifting out of reach, and after a seventh straight Champions League campaign ended at the Round of 16 stage – this time with a shameful 10-2 drubbing from Bayern Munich. Wenger’s contract is up this summer, and it’s not yet known whether he’ll ink an extension.

Henry, who has worked with the youth teams at Arsenal, is currently assisting Roberto Martinez with the Belgium national team – sharing his striking expertise with the likes of Romelu Lukaku, Dries Mertens, and Michy Batshuayi – but said he would like to be at the helm of an outfit in the future.

“It doesn’t depend on me, there are things to be respected, it’s my club of heart but I do not have any right-wings,” Henry told Canal Plus of the potential Arsenal vacancy, as translated by ESPN FC.

“My name is quoted to succeed Wenger, I hear that. But it’s hard for me to talk about it I have a lot of respect for everything the coach has done.”

Despite lacking coaching experience, Henry’s appointment would be a move that would likely appease supporters. The way he stroked the top of the ball with his studs before streaking past a defender was impersonated in playgrounds up and down the country, and his club-record 226 goals helped Arsenal win two Premier League titles and a pair of FA Cups.

His statue – a depiction of his celebration after bagging a beautiful strike against archrival Tottenham Hotspur in 2002 – isn’t out of place alongside other Arsenal luminaries Tony Adams, Dennis Bergkamp, Herbert Chapman, and Ken Friar.

“Am I ready? I don’t know and nobody knows, but I also need to learn my job,” said Henry.

He added: “I will not be a consultant all my life, but coaching is not my aim. I have not fixed any goal in the head, I will love it (being a coach) and I will do everything for it. But, right now, I’m in learning mode.”