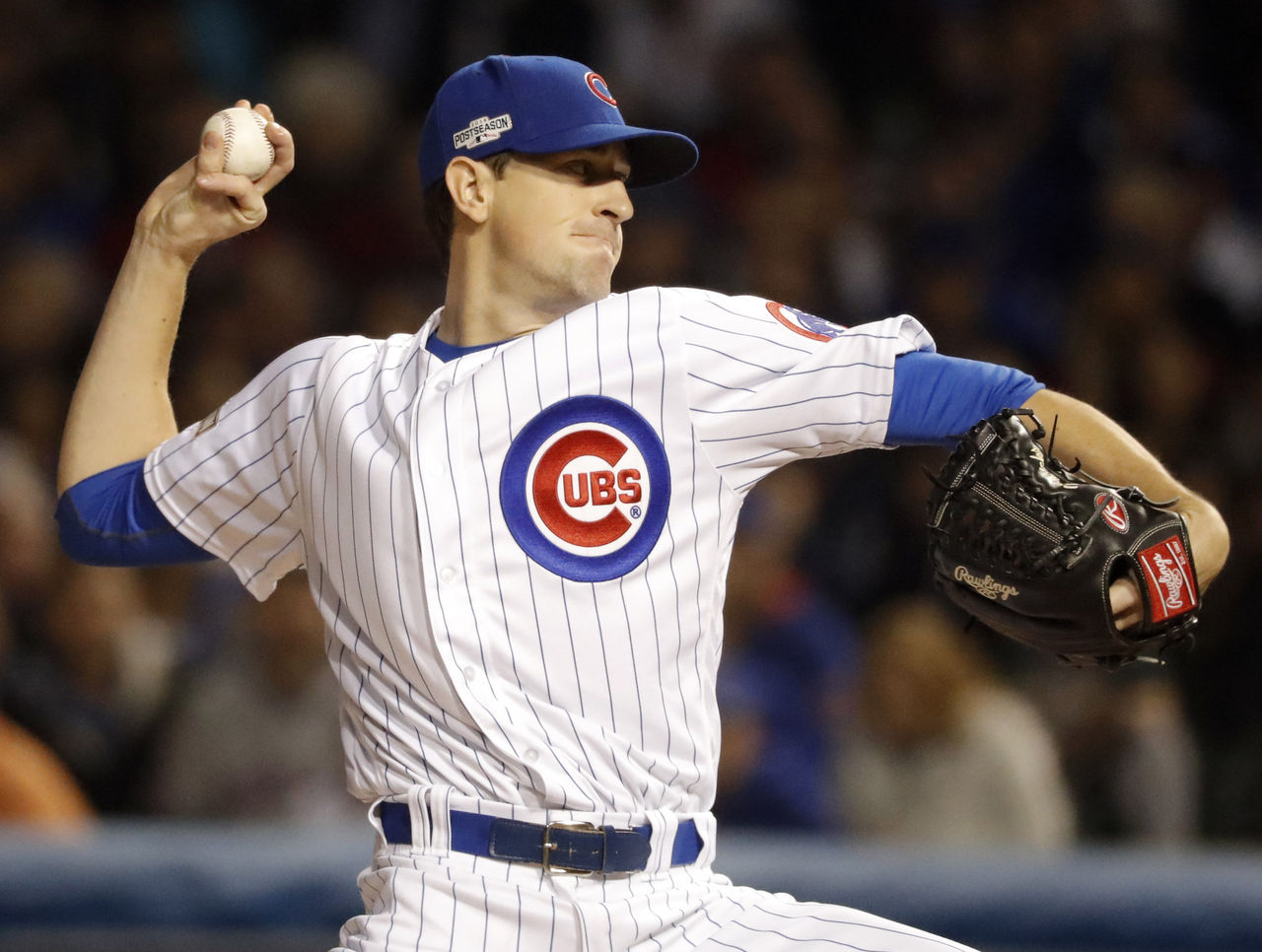 On July 31, 2012 the Chicago Cubs traded Ryan Dempster to the Texas Rangers for Kyle Hendricks.

On Saturday, Hendricks put together one of the most dominant performance’s in the Cubs’ postseason history to punch their ticket to the World Series.

Hendricks tossed 7 1/3 shutout innings, allowing two hits while picking up six strikeouts in the 5-0 win over the Los Angeles Dodgers in Game 6 of the NLCS at Wrigley Field Saturday.

Hendricks knew he needed to be at his best. Facing three-time National League Cy Young winner Clayton Kershaw, Hendricks understood his margin for error was slim, but after the Cubs staked their starter an early 2-0 lead, Hendricks was on cruise control.

“Obviously the biggest start in my life. I knew that going up against Kershaw again – we had such a good battle in Game 2 – I didn’t have all my good stuff really (in Game 2),” Hendricks said. “Today, that might have been the best I pitched all year. I had my fastball command, my changeup, curveball, had everything going.

“Those couple early runs were huge. It allowed me to attack more. This is unbelievable right now.”

Hendricks became just the fifth pitcher in franchise history to throw seven-plus innings and allow two or fewer hits in a postseason start, and is the only one to do so in a series-clinching game.

The Cubs, who advanced to their first World Series since 1908 with the win, will now head to Cleveland to take on the Indians with Game 1 going Tuesday at Progressive Field.