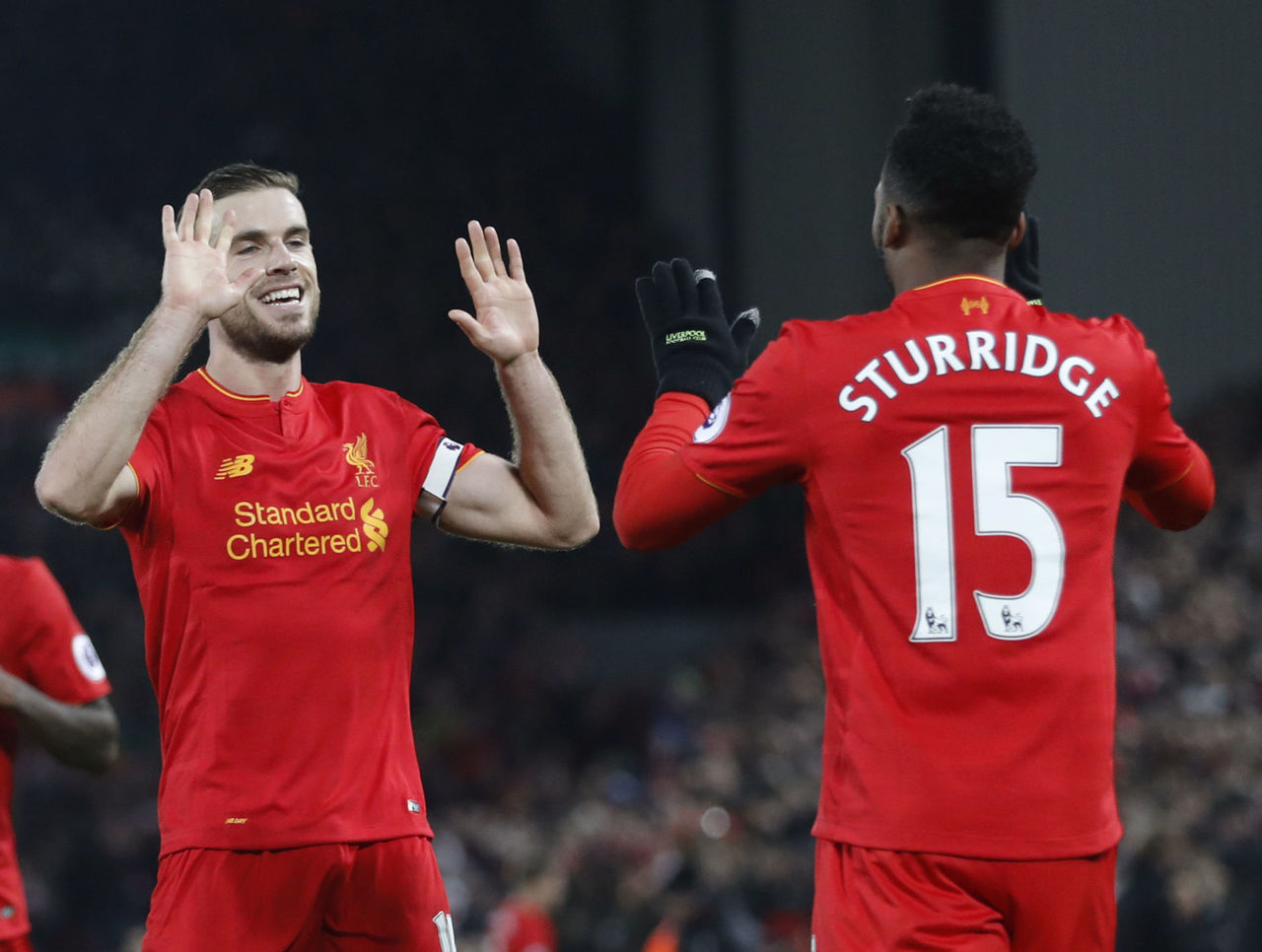 Jurgen Klopp says Liverpool will be without captain Jordan Henderson and Daniel Sturridge for Saturday’s visit from Arsenal, with a late decision to be made on the availability of Dejan Lovren.

“For Jordan it will be too soon, for sure. That will take time. Dejan, we will see,” said Klopp. “He (did) part of team training the day before yesterday, and then yesterday he was in full team training.”

Lovren hasn’t featured for the Reds since Jan. 31’s 1-1 draw against Chelsea due to stuttering recovery from a knee injury. Despite being a regular recipient of criticism during his stay on Merseyside, recent defensive failings from teammates have had sections of the Anfield faithful pining for his return.

“Now we have to see how he reacts on this. He will be involved in training again, if nobody tells me anything different. Then we have to make a decision,” Klopp added.

“It’s not the longest, he was out for pretty much four weeks, (he has been) training for three days and in the end I have to make a decision. I am not sure about it (at the moment).”

Henderson is struggling with a foot concern, while the oft-injured and increasingly unfancied Sturridge has a hip ailment after overcoming a recent illness.

“Daniel was ill – really, really ill. Now he has a strain in his hip muscle. It happened in the rehab session,” said Klopp.

“It’s not the biggest one, it’s very small, but it keeps him out of normal training for probably another week. In this week he can train, but not in team training.”