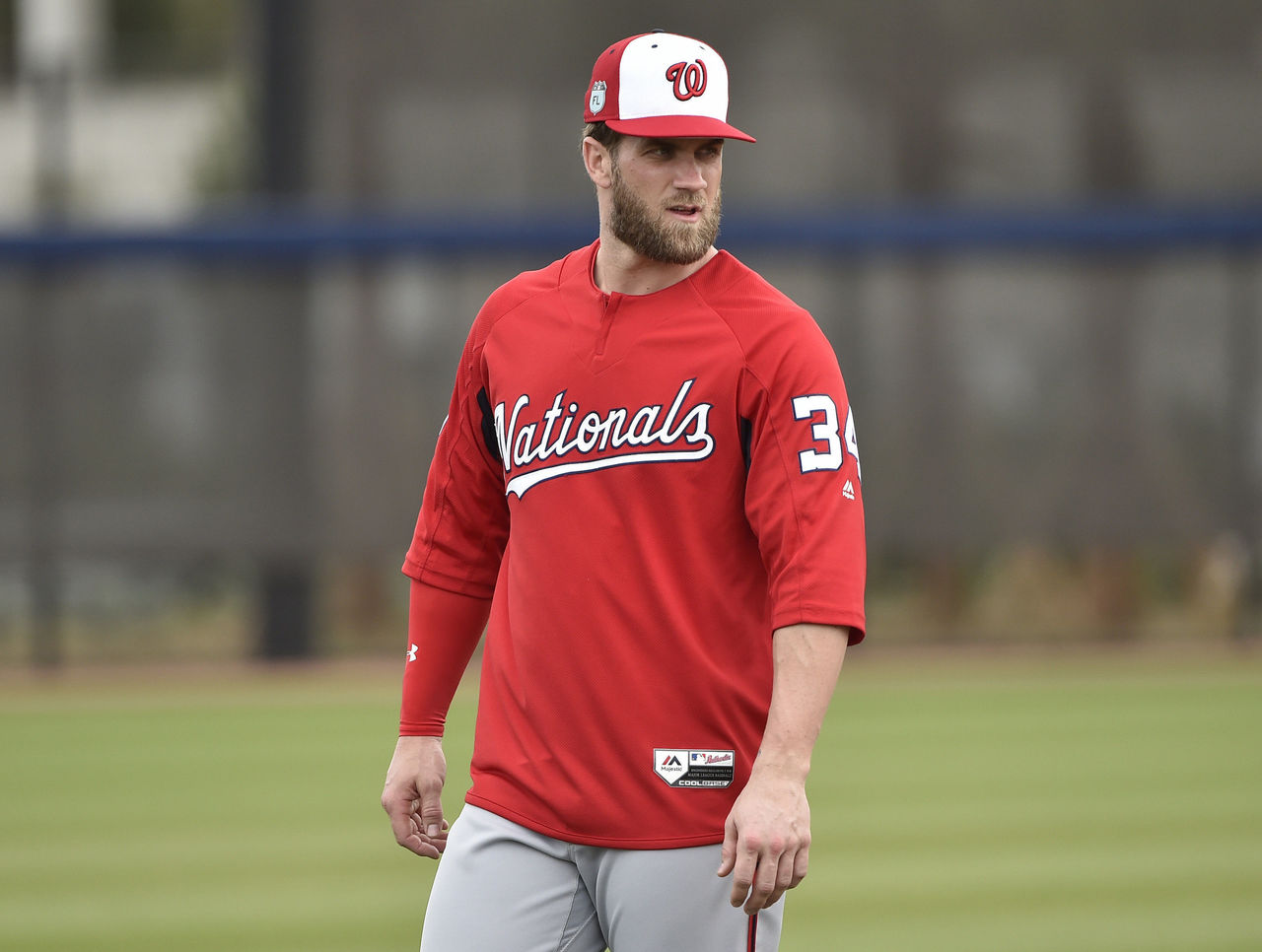 Washington Nationals outfielder Bryce Harper will headline one of the best free-agent classes in baseball history in two years, but that future payday is far from the mind of the four-time All-Star.

“That’s still two years down the road, and we’ve still got, what, 324 more (regular-season) games to go,” Harper told Bob Nightengale of USA TODAY Sports. “It wouldn’t be fair to anybody in this clubhouse if I started worrying about free agency. If you worry about the future, that’s when you get yourself in trouble. You start thinking, ‘I got to do this, I got to do that.’ I want to live for now.”

Harper will earn $13.625 million this season and is arbitration eligible for a fourth and final time in 2018 before joining the open market with the likes of Andrew McCutchen, Andrew Miller, Jose Quintana, Josh Donaldson, Matt Harvey, Dallas Keuchel, and Manny Machado.

Even after a down season in 2016, there’s little doubt Harper will cash in when his turn comes in free agency, though where he’ll play is the multi-million dollar question. The Nationals have yet to have any meaningful extension talks with Harper, according to his agent Scott Boras, and it appears highly unlikely he’ll re-up with the club before his contract expires.

In December, it was Nightengale who reported that Harper was seeking at least a 10-year deal from the Nationals that will pay him a minimum of $400 million in order to avoid free agency. The Nationals reportedly told Harper they had no intention of meeting that request.

It’s believed that the deep-pocketed New York Yankees will be one of the clubs in line for Harper’s services when he reaches the open market. Harper, though, has been mum on the future, and said he’s more than happy playing in Washington.

“It’s such a great place to play in such a monumental town,” Harper said. They have so many incredible people that have come through the city. You drive down 395, and you see the Washington monuments, the Jefferson Memorial, and right down the road is the White House. It’s just beautiful here.”