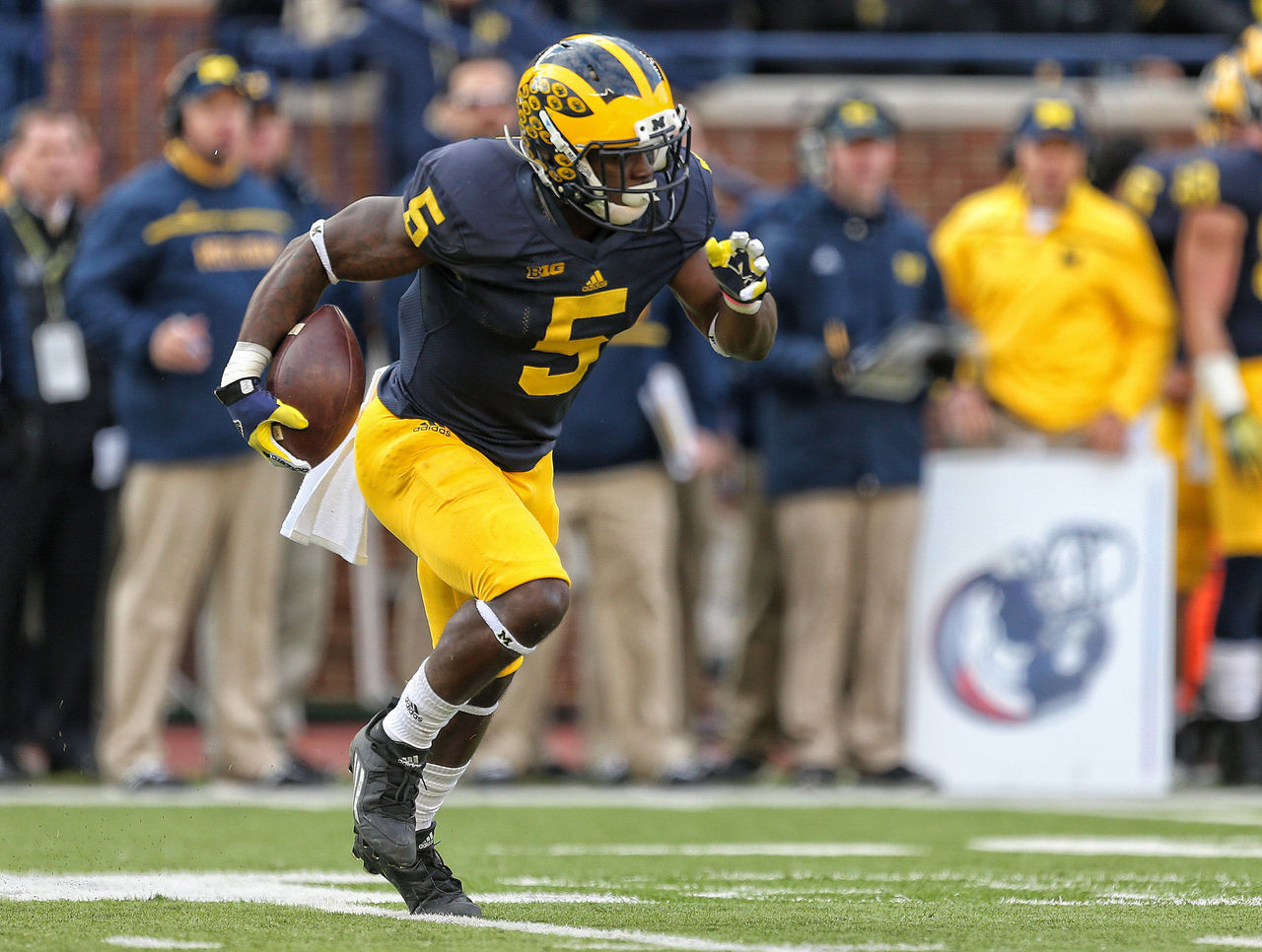 As the football community continues to debate how teams will use and/or value a player like Jabrill Peppers, Jim Harbaugh has no doubts about his former star player making the transition to the next level.

The Michigan head coach spoke out in support of Peppers in an appearance on “The Rich Eisen Show” on Tuesday, seemingly indicating that league personnel agrees with his overwhelmingly positive assessment.

“The pro coaches I talked to and the scouts who called and talked about Jabrill, they see it now,” Harbaugh said, according to The Detroit News. “They’ve watched all the tape, they’ve combed through it this year, last year. They see how they’re going to use him.

Harbaugh went on to praise the the person and the player Peppers is in all situations, particularly as it pertains to leadership and bringing energy to the practice field.

Harbaugh’s comments are particularly notable given his history and success at the NFL level. But college coaches talking about their players during the pre-draft process should always be taken with a grain of salt.

Peppers said last week that the vast majority of teams see his skill set translating to safety in the NFL. After a junior season where he earned Heisman consideration for his play at linebacker, though, the projection could certainly be difficult.

One aspect of his game that teams won’t have any trouble evaluating is his athleticism.

Confirming the profile that made him such a playmaking threat both as a punt returner and during occasional reps on offense, Peppers demonstrated his speed and explosiveness with a 4.46-second 40-yard dash and strong jump scores at the combine.