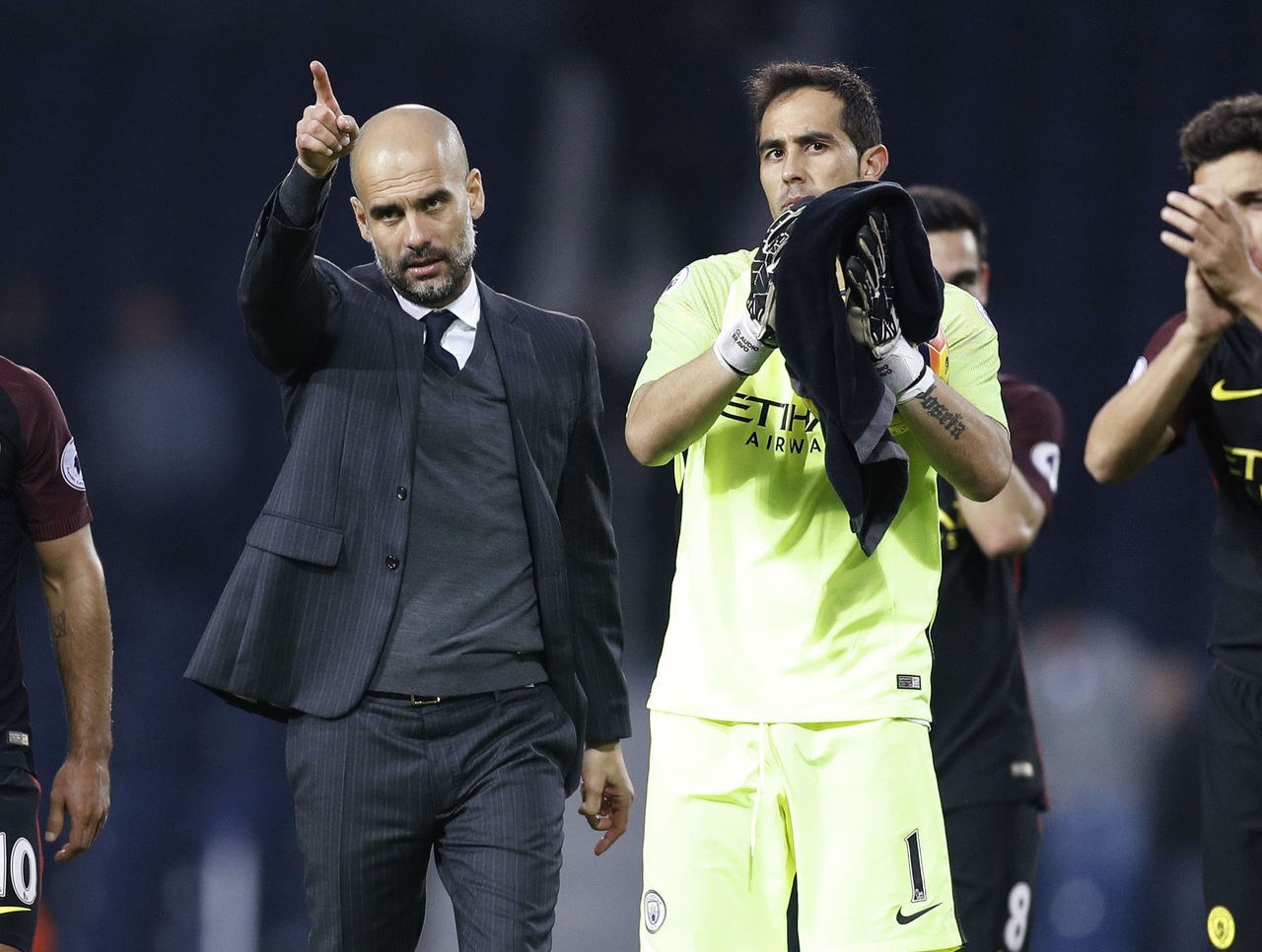 Manchester – Manchester City manager Pep Guardiola has effectively admitted he no longer has a first-choice goalkeeper after declaring he will choose between Willy Caballero and Claudio Bravo on a game-by-game basis.

Bravo was brought in from Barcelona in August to be the senior goalkeeper, but has lost his Premier League place to Caballero in recent weeks after a series of inconsistent displays.

Chile international Bravo was brought back in for the FA Cup fifth-round tie at Huddersfield 10 days ago, and is widely expected to be selected for the replay at the Etihad Stadium on Wednesday.

Guardiola, however, has rotated his keepers for domestic cup ties this season, so that would then mean Argentine Caballero returning for Sunday’s Premier League trip to Sunderland.

But Spaniard Guardiola, who let England goalkeeper Joe Hart leave City for a loan move to Italian side Torino last year, insisted on Tuesday he was reviewing the goalkeeping situation constantly.

“They (Caballero and Bravo) are so professional, they are exceptional, so there’s no problem about that,” Guardiola explained.

“You may not believe me, but I am not thinking about who is the first and who is the second.

“I decide on what I see, on what is the recent past, on the upcoming situation of the future. We are going to decide game by game.

“I have to think about it, not just with goalkeepers.

“So it’s one game. We know how many surprises there are in the Cup, so I have to think about it after the training session tomorrow (Wednesday) morning.”