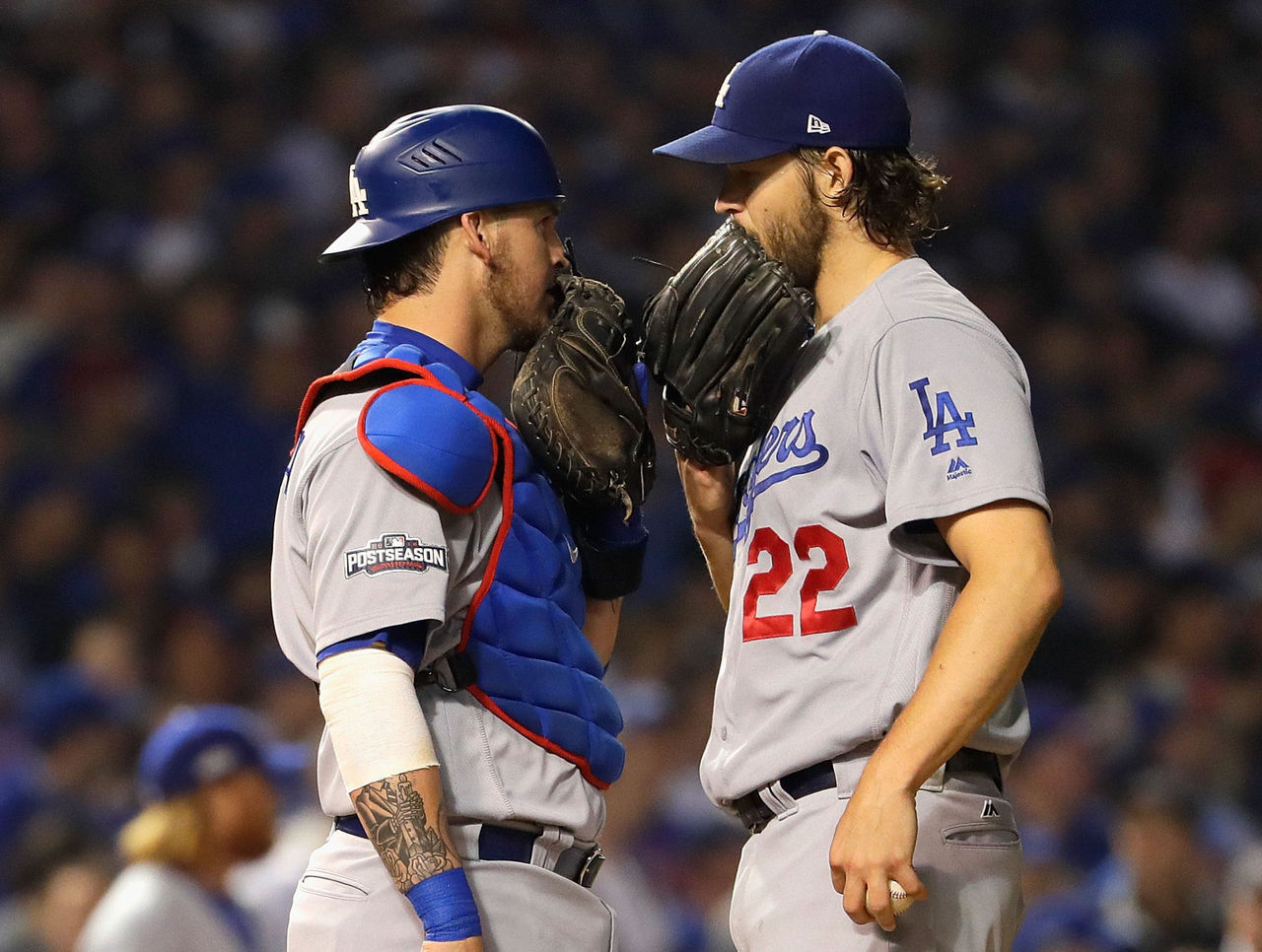 In Game 1 of the NLCS, Yasmani Grandal knew something was up when the Chicago Cubs tattooed Joe Blanton in the eighth inning.

After Sunday’s 1-0 win in Game 2, the Los Angeles Dodgers catcher said he knows the Cubs are stealing his signs.

Grandal didn’t seem frustrated by his suspicions, understanding that sign-stealing is simply part of the game. But for those who still doubted his claims, he pointed to the inning in the series’ second game when Ben Zobrist stung Blanton for a leadoff double before the following batter, Addison Russell, worked the count to 3-0.

“All the sudden, Russell is not taking good swings at sliders, looking like he’s looking for a fastball and in a certain location,” Grandal told reporters after Sunday’s 1-0 win in Game 2. “Did we know Zobrist had the signs and was doing something for it? Yeah, we did. That’s why we do it.

Of course, things changed drastically in Game 2, when the Cubs only managed to get two runners to second base against Clayton Kershaw.

But come Game 3, Grandal won’t change a thing about his signs, because he refuses to take those kinds of chances in the playoffs.

“In the playoffs, one relayed sign could mean the difference between winning the World Series and not getting there,” he said. “That’s why we have four or five different sets of signs, and we’re constantly changing.”