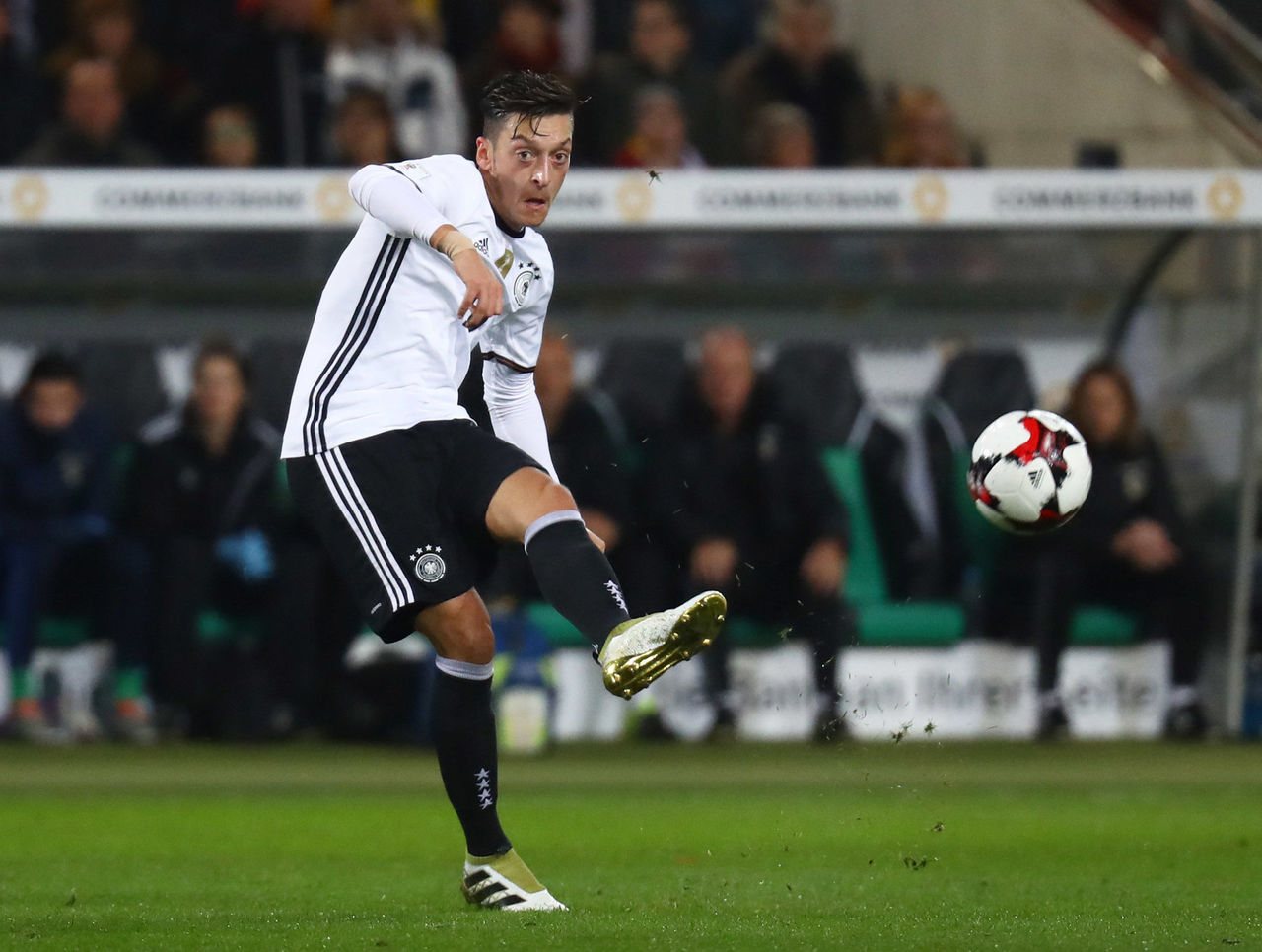 Mesut Ozil is available to feature Sunday against Azerbaijan after completing Germany’s final training session without feeling pain in his back, assistant coach Marcus Sorg confirmed.

The Arsenal midfielder was in danger of missing the contest after he failed to take part in the Friday’s preparations ahead of the team’s trip to Baku.

However, upon the squad’s arrival in Azerbaijan, Ozil managed to train with his teammates without experiencing negative effects from the back problem.

“Everyone trained here in Baku and everyone is fit, including Mesut Ozil, who is no longer in any pain,” Sorg said.

Before leaving for international duty, Ozil was limited to just two matches over the last month due to a series of injury complaints

Germany will look to maintain its perfect record in the group stage, as well as extend its defensive dominance after going 648 minutes without conceding a goal, against an Azerbaijan side that sits five points back in third place.