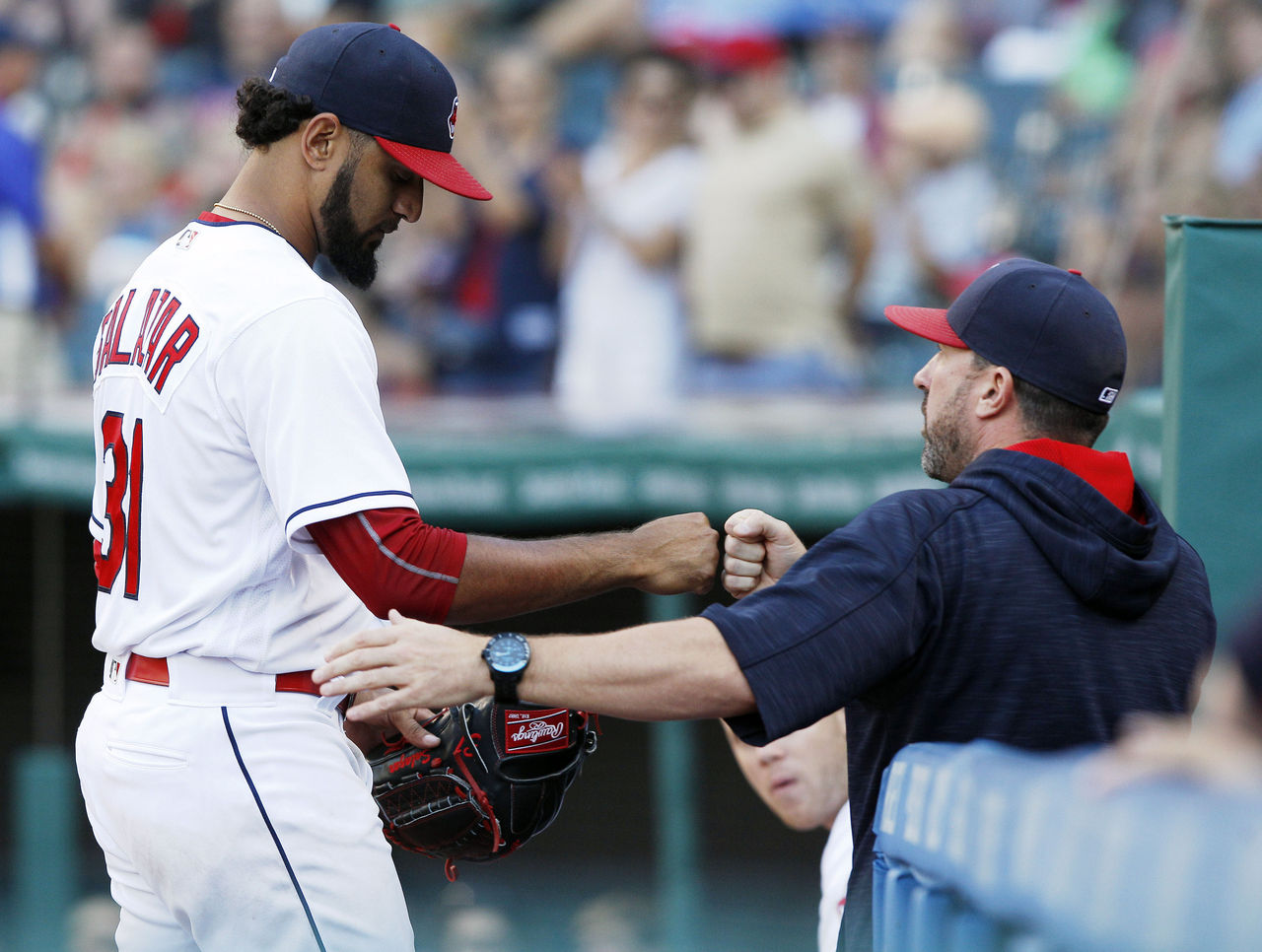 CLEVELAND – After weeks of being broken and bloodied, the Indians’ pitching staff may have reinforcements in the World Series.

Starter Danny Salazar, who hasn’t pitched since Sept. 9 because of tightness in his right forearm, has thrown well in recent bullpen sessions and might be able to pitch for the first time in this postseason.

Manager Terry Francona said Friday that Salazar has ”let it go” during some recent workouts and has not been restricted to throwing only fastballs and changeups.

”I think he’s ready to pitch,” Francona said as the AL champions awaited their Series opponent.

Salazar will throw a three-inning simulated game Saturday and the Indians will assess his status before deciding whether to have him on their World Series roster. Salazar went 11-6 with a 3.87 ERA in 25 starts, but Francona said it’s possible the hard-throwing right-hander could be used in relief.

”I think the good news is if Danny pitches, and he pitches healthy and he’s throwing the ball over the plate, we have a really good pitcher for however amount of innings he’s built up for, which can potentially help us,” he said.

The loss of Salazar and Carlos Carrasco, who broke his right hand when he was hit by a line drive Sept. 17, has forced Francona to juggle his rotation and be creative with a bullpen which has been extraordinary in October.

But a healthy Salazar would give Francona an interesting weapon as he might be able to pair him with rookie Ryan Merritt for a start or use him with Mike Clevinger.

The Indians are also hoping Trevor Bauer will be available after his Game 4 start in the AL Championship Series lasted less than an inning when his stitched right pinkie opened up and he had to be replaced because of excessive bleeding.