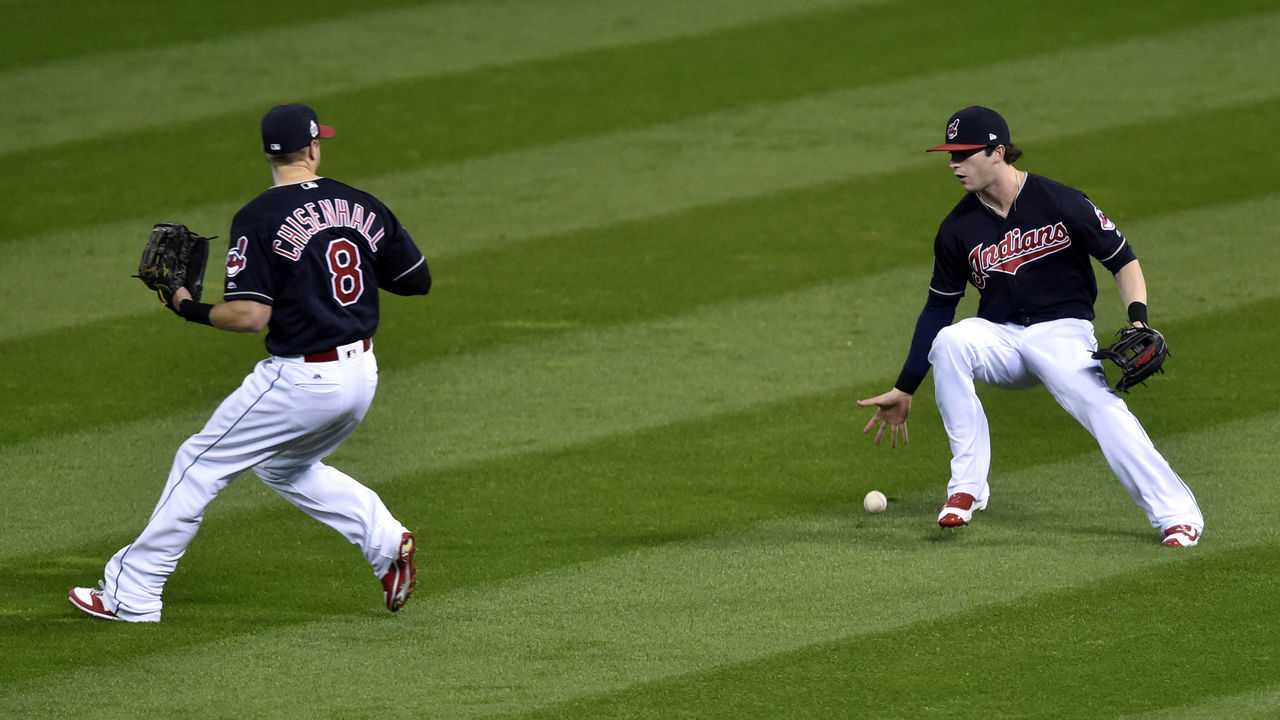 Probably an easy play in a half-filled ballpark on a hot summer night, the 284-foot, first-inning fly turned into a dangerous and disorienting disaster for the Cleveland Indians.

With a loud, raucous crowd packing Progressive Field hoping to witness Cleveland’s first World Series title since 1948, Chisenhall pulled up and looked at the onrushing Naquin, who was a few feet behind him.

“Nobody said anything,” Chisenhall said.

“We (both) definitely called for it,” Naquin said.

A 25-year-old rookie who made his debut on opening day, Naquin had no chance by then to make the catch. The ball bounced past him for a two-run double as Anthony Rizzo scored and then Ben Zobrist, who bowled over catcher Roberto Perez. The Chicago Cubs built a three-run lead before Jake Arrieta threw his first pitch.

Cleveland never recovered, and Chicago coasted to a 9-3 win Tuesday night that forced the Series to a deciding Game 7.

By the third inning, Chisenhall took charge and cut in front of Naquin to catch Kris Bryant’s fly with a runner on. Chisenhall and Naquin had a long discussion during a pitching change later in the inning, joined by left fielder Coco Crisp. Three pitches later, Russell hit a grand slam off Dan Otero for a seven-run lead.

In the crucible of the World Series, defense can go awry.