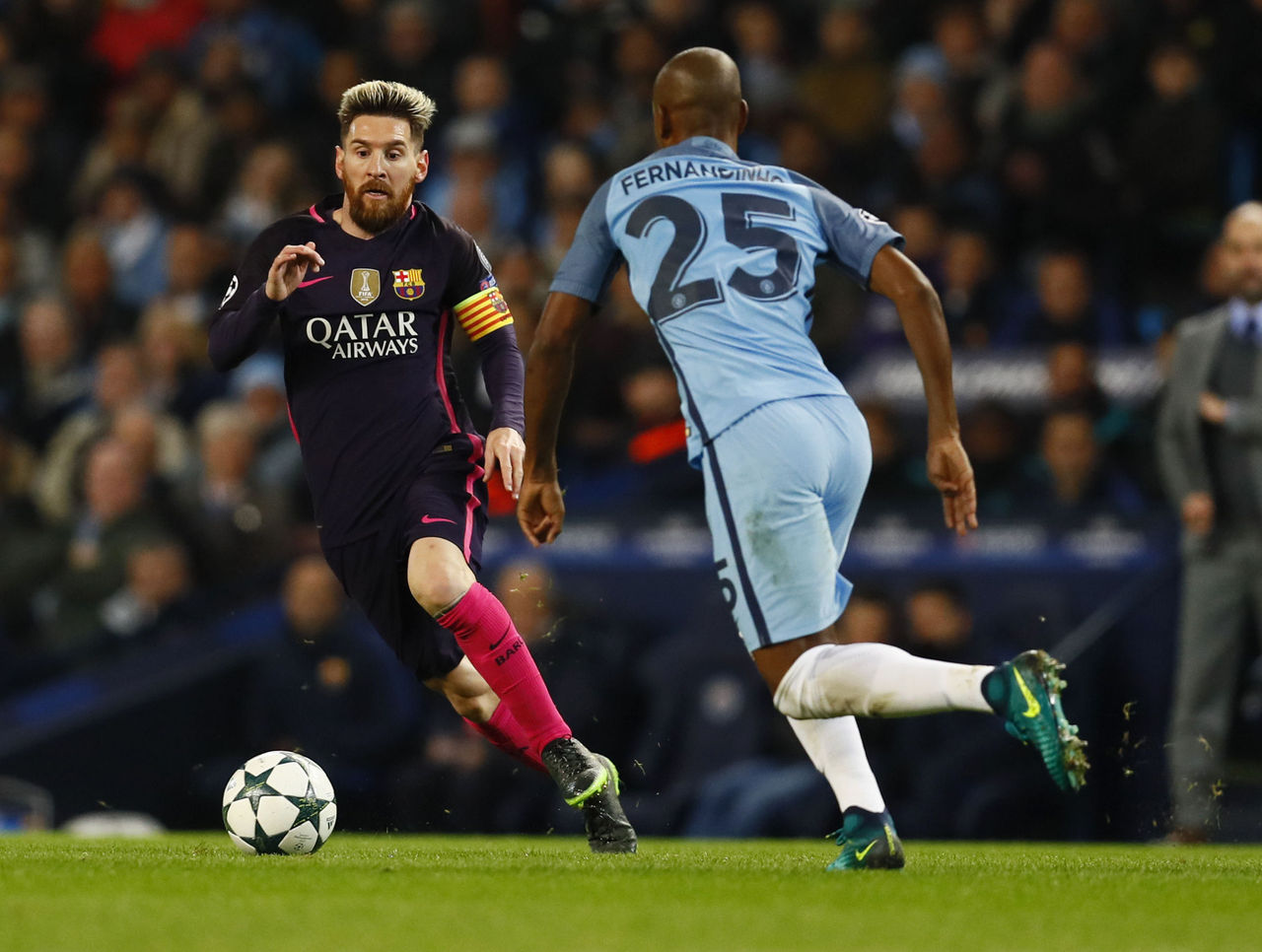 Fernandinho dismissed rumours Wednesday that he was the player who apparently provoked Lionel Messi in the wake of Manchester City’s 3-1 defeat of Barcelona on Tuesday.

Post-match reports suggested an altercation occurred in the tunnel between an unnamed City staff member and Messi, which resulted in the latter shouting “stupid, come here and show your face, don’t hide” as his tormentor ran into the home dressing room. Sergio Aguero is then said to have emerged to calm his Argentina teammate.

I am totally unaware wherefrom rumours could have emerged related to an alleged argument and provocation on my behalf towards Messi!

I can only reiterate that news spread by the Media are not only false/untrue but absurd, as I did not have contact with any of the players of Barcelona’s technical team after the match.

Instigation and provocation does not reflect my character as I strongly uphold and value Respect in and out of the pitch, irrespective of which player or opponent team.

An alternative take on the alleged incident has Mikel Arteta, the recently retired midfielder now serving as City manager Pep Guardiola’s assistant, at its centre. The Daily Mail’s Pete Jenson picked up reports from Spanish radio station La Cope, which claimed Arteta saw Messi waiting outside the referee’s room and said: “Move along stupid, get yourself in your dressing room.”

Messi opened the scoring in the Champions League group stage match, but Ilkay Gundogan scored either side of a Kevin De Bruyne free-kick to engineer City’s first win against Barcelona after five straight losses.