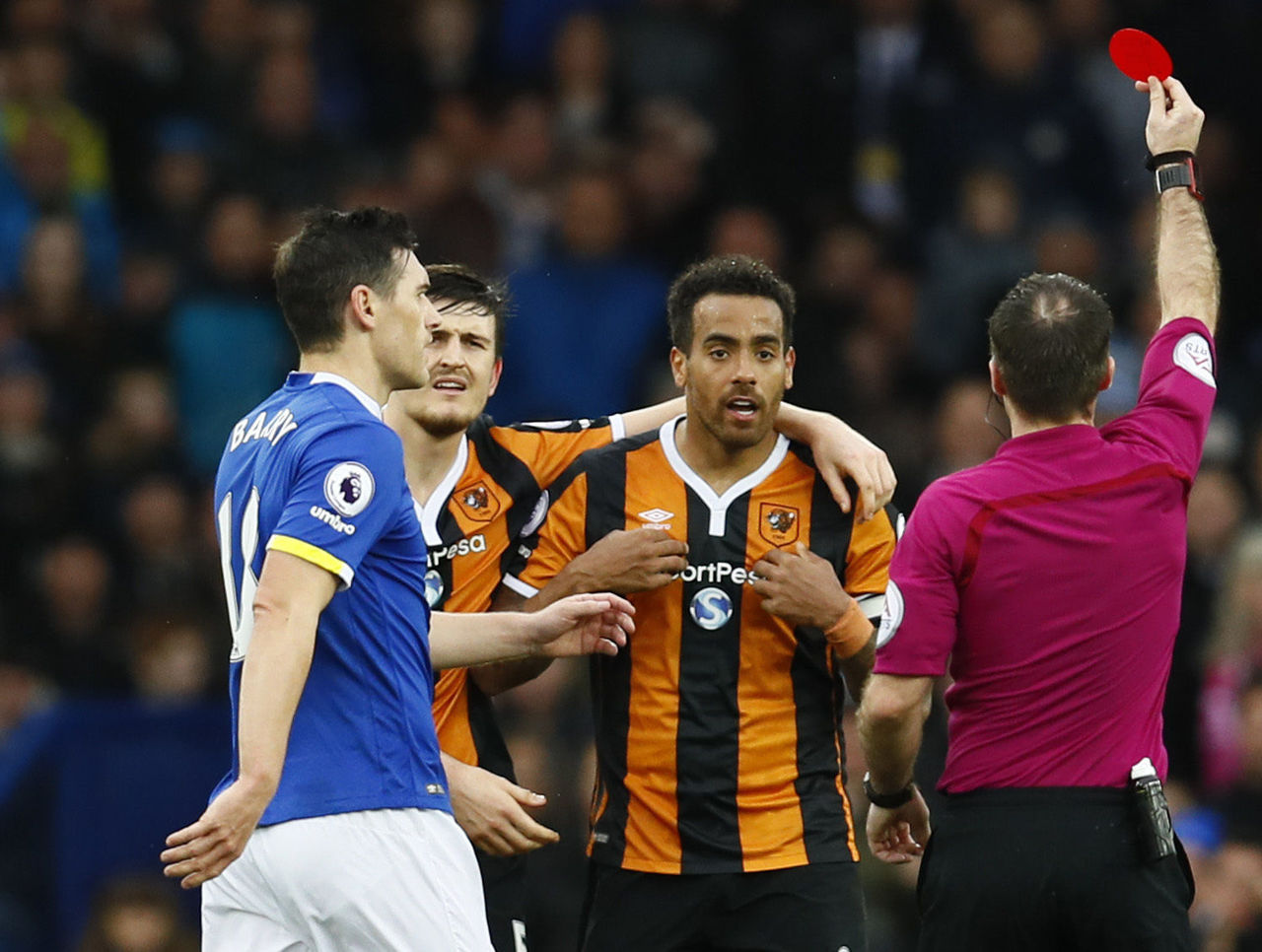 The Football Association didn’t wait long to turn down an appeal lodged by Hull City.

On Tuesday, it took roughly four hours for the FA to reject Hull’s appeal against the red card shown to Tom Huddlestone at Everton. The English midfielder was dismissed in the 73rd minute of the Tigers’ 4-0 defeat at Goodison Park in the Premier League on Saturday, as the referee sent off the 30-year-old for a lunge at Idrissa Gueye.

Marco Silva wasted no time in criticising the red card, saying, according to The Observer’s Richard Jolly: “I saw one game until 70 minutes and after, another game.” The decision even earned sympathy from Ronald Koeman, who said: “It is too harsh. It is a yellow, not a red.”

Huddlestone will serve a three-match suspension, meaning he’ll be unavailable for Hull’s Premier League games against West Ham United, Middlesbrough, and Manchester City, all of which take place during the first eight days of April.