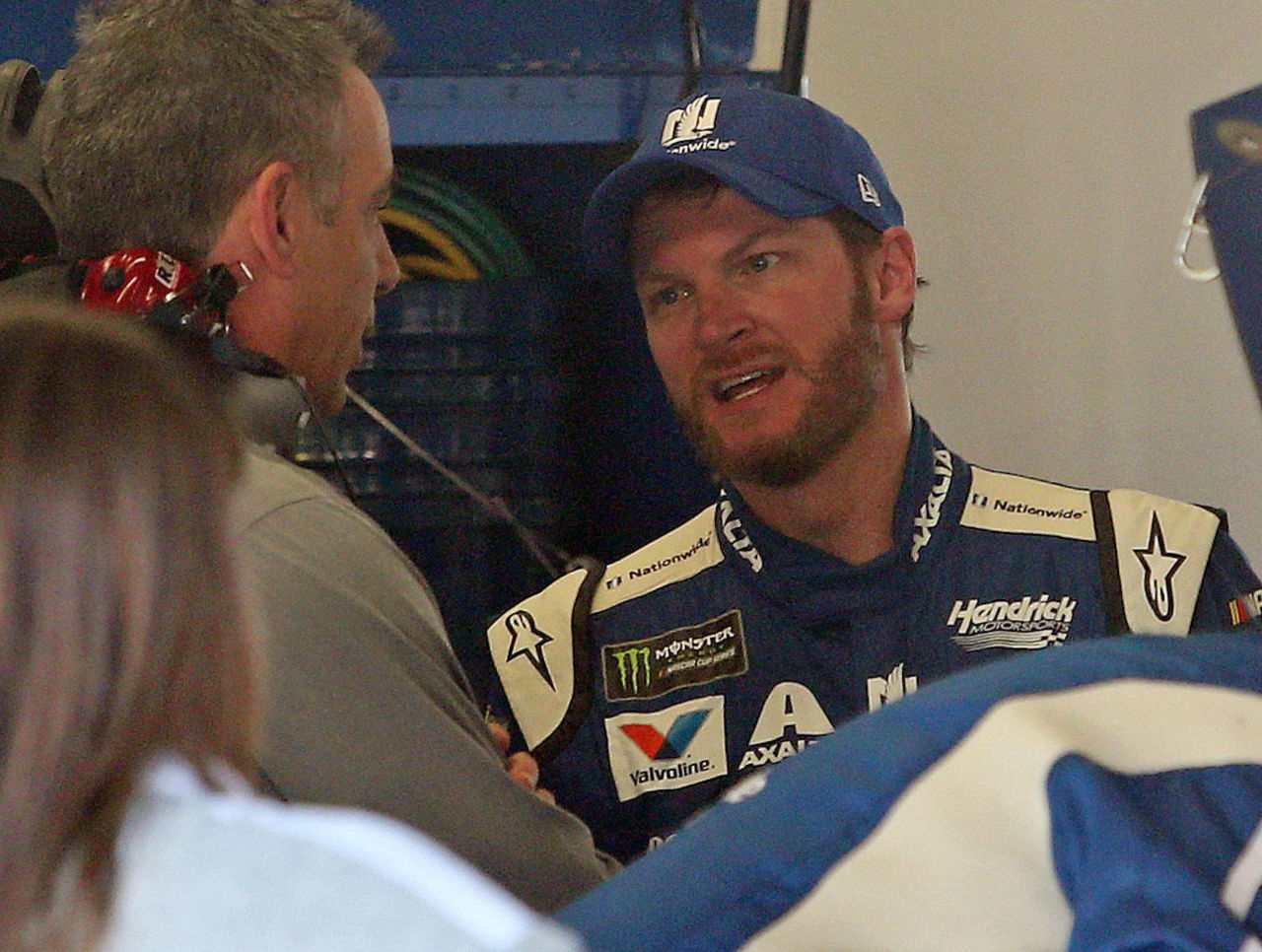 DAYTONA BEACH, Fla. – Dale Earnhardt Jr. climbed out of his wrecked race car, surveyed the damage, chatted with his team and hopped on a golf cart for a trip to the infield care center.

Eight minutes after checking in with doctors, Earnhardt walked out.

And he felt fine.

Earnhardt crashed out near the midway point of the Daytona 500 on Sunday, hitting the wall after Kyle Busch lost control and turned sideways in front of him. Earnhardt’s team was unable to repair all the damage to his No. 88 Chevrolet, forced to make an early exit in NASCAR’s signature race. He finished 37th in the 40-car field.

“I feel good,” Earnhardt said. “I don’t have any symptoms or anything I’ve experienced in the past. It wasn’t that hard of a hit, but it still doesn’t mean you can’t get injured.”

NASCAR’s most popular driver missed 18 races, half the season, in 2016 because of lingering concussion symptoms that included nausea as well as vision and balance issues. He got back in the car in early December and then gained medical clearance to return this season.

He was looking to make a triumphant return at Daytona , the track where his famous died, but ended up driving to the garage and parking it for the day.

Considering it was his first race in months, he acknowledged earlier in the week that walking away from a hard hit unscathed would “add a ton of confidence” and check a box in his recovery.

“I knew I was at risk, just like I was before the last injury,” Earnhardt said. “You’re always at risk. It’s dangerous. You can’t race with fear. You can’t go out there and worry about getting hurt. You have to kind of say, ‘All right, man, if I’m going to get in there, I’ve got to be willing to accept anything – good or bad – result-wise.’ I am willing to put myself out there and I want to compete.”

One of the last things Earnhardt did before coming to Daytona was to tweak the headrests around his helmet. He and crew chief Greg Ives asked NASCAR for help after what was his fifth documented concussion.

NASCAR safety experts suggested less room for his head to move left and right inside the car.

“We closed it up to where there’s really no gap between each side,” Earnhardt said. “I had a big gap. … It was like getting hit with a baseball bat when you (move that much in a crash), so you’ve got to close that distance up.

“For so many years, you want all the room in the world. … The car’s much more safe now.”

And the 42-year-old Earnhardt hopes it pays long-term dividends, allowing him to race all of this season and maybe for years to come.

“I just think all the effort NASCAR has put into the safety,” he said. “I know we say that so much and it sounds kind of cliche, but if they hadn’t put that money into it to do the studies that they’ve done, I probably would have gotten hurt again right there. I’m happy that I feel good and I’ll be able to go to Atlanta and keep competing.

“I’m a little disappointed ’cause we’re not going to get a good result today, but I’ve been trying to work on that, trying to really not get so disappointed about things.”

Earnhardt acknowledged that he would have kept racing under NASCAR’s old rules. But the new rule regarding damaged race cars only gave his crew five minutes to repair damage, and that wasn’t nearly enough time to get the wheels straight and pull out a radiator that was pushed into his oil pump.

Then again, that wasn’t all bad.

“I’ll be honest with you, I don’t want to drive no wrecked race car for the rest of the day,” he said. “I’m glad we took it to the garage.”

And even more pleased that he walked out of the care center without any issues.

“I just hate I can’t deliver a better result so we could have put a good bookend on this whole thing,” he said. “It’s been amazing the support, to come back and how happy people are to have us racing.”