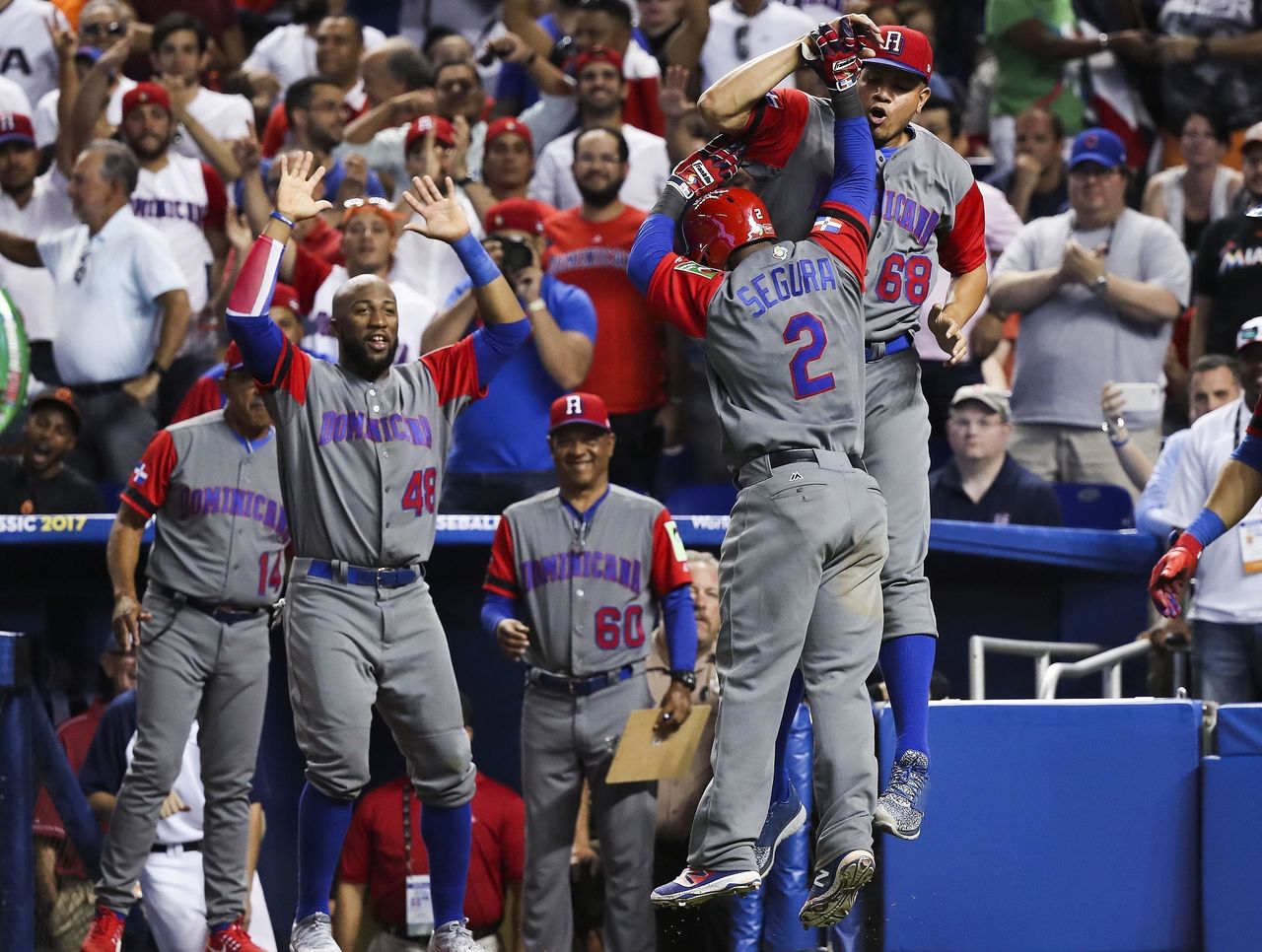 MIAMI – Welington Castillo hit a tiebreaking two-run single in the Dominican Republic’s seven-run 11th inning, sending his country to a 10-3 victory over Colombia in their final pool game of the World Baseball Classic on Sunday.

The defending champions, who were coming off a dramatic 7-5 victory over the United States on Saturday night, advanced to the second round Tuesday in San Diego. The Dominicans have won 11 straight in the tournament.

Jose Bautista and Carlos Santana began the 11th as the designated runners at second and first base, part of the tournament tiebreaking rules. Mel Rojas Jr. advanced Bautista and Santana with a sacrifice bunt. Gregory Polanco was walked intentionally before Castillo sent a line drive into left-center off William Cuevas.

Jean Segura added a three-run double, and Carlos Santana singled in Robinson Cano to help close it out for the Dominicans.

Colombia had an opportunity to win the game in the bottom of the ninth when pinch-runner Oscar Mercado was called out at home while attempting to score on Reynaldo Rodriguez’s fly ball to left. Colombia manager Luis Urrueta argued unsuccessfully that Castillo blocked Mercado’s path to the plate as he caught Bautista’s throw, and plate umpire Tripp Gibson ejected Rodriguez during the dispute.

Enny Romero pitched a perfect 10th inning with two strikeouts for the win.

Manny Machado hit an RBI double in the third and scored on an error, helping the Dominican Republic to a 3-1 lead. But Colombia got one in the sixth on Mauricio Ramos’ double, and Jorge Alfaro connected for a tying homer against Fernando Rodney in the eighth.